Cadillac’s Super Cruise may be a practically invisible change on the 2018 CT6, but the semi-autonomous driving system is actually one of the biggest announcements at the New York International Auto Show. It’s intended to take control of the luxury sedan on the roads where drivers get most bored, highways and freeways, and though it may only be Level 2 autonomy, it wraps up a number of hands-off technologies that could give drivers the confidence that rival systems lack. I caught up with Barry Walkup, Super Cruise Chief engineer at Cadillac, to find out why.

Super Cruise is the first such system to be LIDAR-based, but the cars themselves won’t have the laser ranging scanners. Instead, Cadillac has formed a joint venture with a mapping firm that sends LIDAR-topped survey trucks out to cover all of the major highways in North American. The result are high-resolution maps with resolution down to 5 cm (1.97 inches). 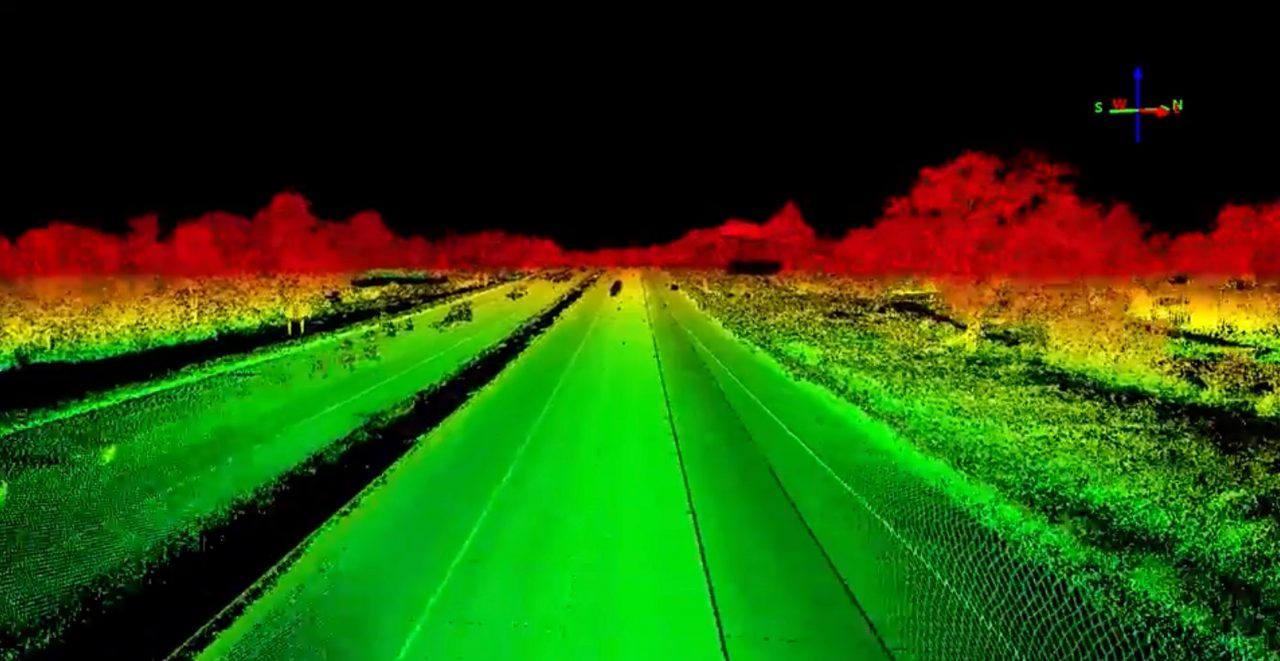 All the car needs is an upgraded GPS sensor, which can pinpoint the CT6’s location down with a two foot margin. That, Cadillac points out, is more than enough to figure out the highway lane the vehicle is in. It works in tandem with the existing radar and camera sensors already installed in the CT6 for its adaptive cruise control, lane-keep assistance, and other aids.

By creating the maps itself, Cadillac can customize them to suit Super Cruise’s abilities. For instance, toll booths on the route can be flagged so that the system deactivates when you reach them – giving plenty of warning in advance – and then resumes once you’re through.

Of course, roads change over time. Cadillac and its partner have a team monitoring the Department of Transportation site for construction works; when they’re complete, they send out the survey trucks to update the mapping data. Right now, Walkup says, the commitment is to an annual map update, either installed when the car is at the local dealership or pushed out over-the-air.

Cadillac can change the map piecemeal – just distributing the data on the sections that have actually changed – though is waiting to see whether that annual update schedule is practical. Most highway construction works, Walkup pointed out to me, take at least six months to complete. If an owner complains to their dealer that a section of road near them makes sense for Super Cruise but isn’t enabled, there’ll be the ability to go out and do spot-updates. 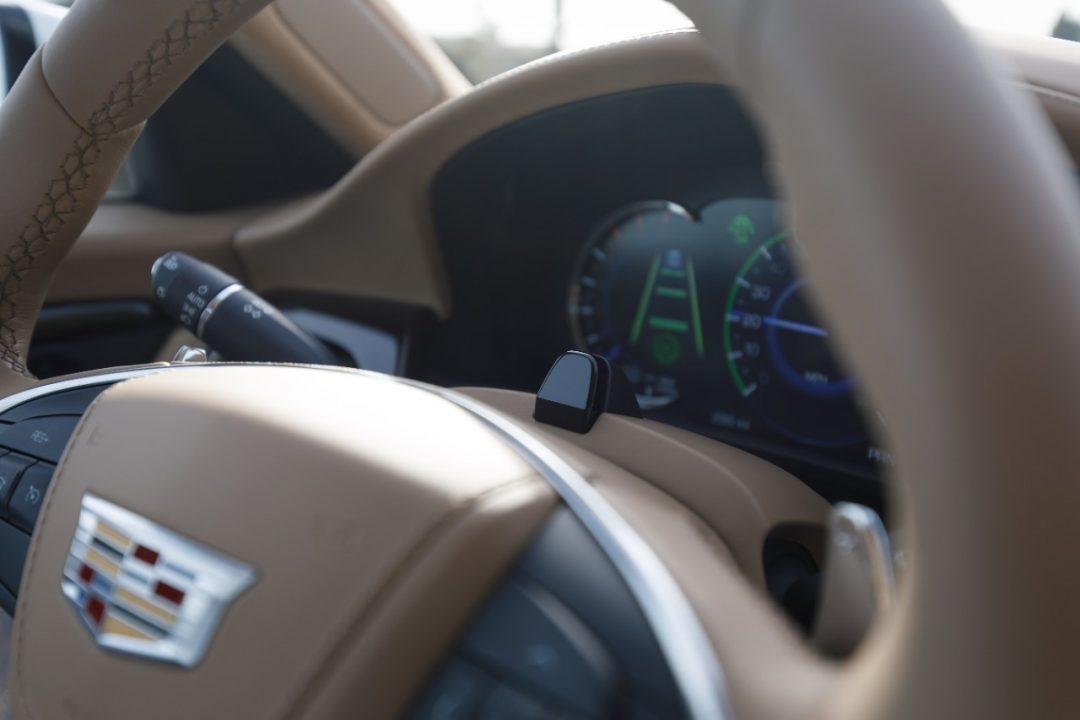 The system’s other distinguishing feature is Cadillac’s attention tracking. That uses an infrared camera mounted just above the steering column, with the driver’s face illuminated with IR LEDs built into the upper portion of the wheel. With that, Super Cruise can track how often you’re looking at the road ahead versus when you’re looking down at the infotainment touchscreen, your phone, or just watching the scenery go by.

The automaker’s goal is “supervised driving”: the car can handle the monotonous lengths of highway, but the person behind the wheel should still be keeping an eye on things. If they’re not paying attention, LEDs in the steering wheel can light up to remind them to glance ahead periodically. Exactly how often that’s required depends on the speed that the car is moving at: the faster you’re going, the shorter the period that you can be looking away.

Walkup says his team experimented with a number of different ways to prompt attention, from audible tones through icons in the driver’s instrumentation, and a head-up display. Testing suggested the light bar on the steering wheel was the most effective. You don’t need to grab the wheel when it flashes, or press a button to rest the system: just looking ahead is enough. 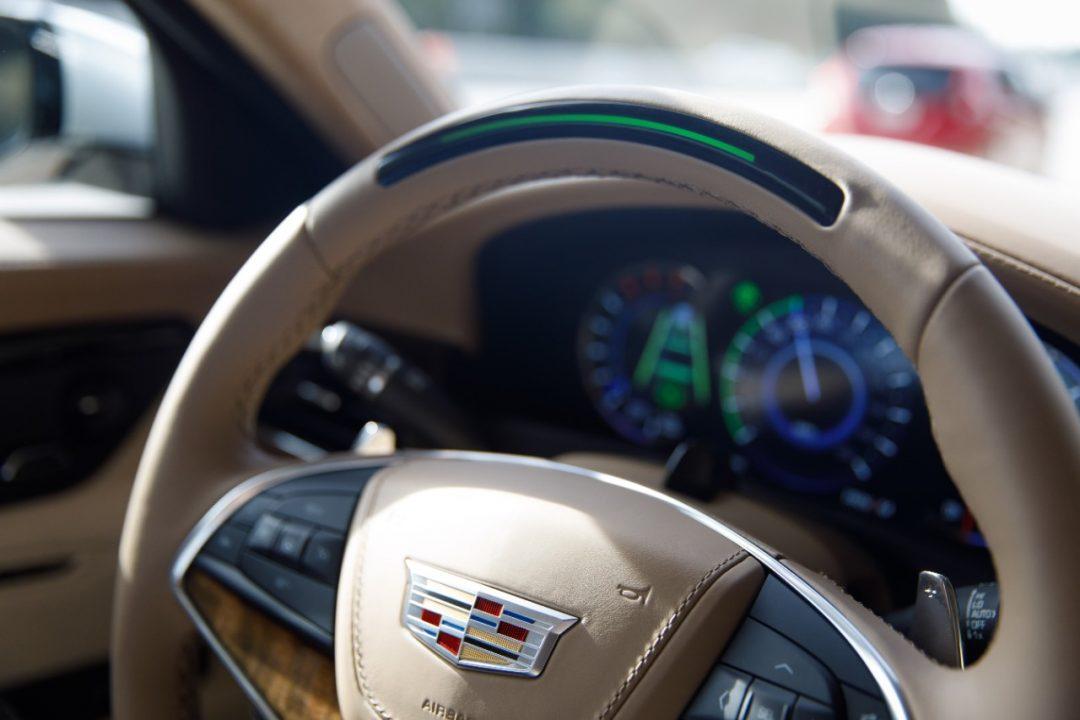 Super Cruise can be sneaky, too. It tracks movement and so can figure out if you’ve dozed off – or, indeed, printed out a photo of your face. Should you be suspiciously still, it will flash up a message on the center console display, designed to make you glance across automatically. If you don’t, it knows something is up and will escalate its warnings. Eventually, the system can actually bring the car to a full halt if the driver doesn’t retake control.

It’s a markedly different approach to that of existing semi-autonomous systems on the market today. All will pester drivers who keep their hands off the wheel at some point, but none actually monitor where the driver is looking: they merely track the tiny amounts of torque applied to the steering. Even Tesla’s much-vaunted Autosteer system, a part of its Autopilot suite, will periodically remind drivers to do so.

The other primary difference from a system like Autopilot is Cadillac’s approach mapping. Tesla’s cars contribute to a machine learning database over time, with each vehicle feeding back information about how it handled the road. That way, the automaker says, it can highlight times that off-the-shelf mapping doesn’t necessarily give a semi-autonomous vehicle all the information it needs.

In contrast, Cadillac opted to do the heavy-lifting on mapping first. Although none of the cars currently on the market with semi-autonomous or piloted driving features have super-accurate LIDAR scanners – they’re simply too expensive right now – Super Cruise nonetheless benefits from that accuracy thanks to its custom maps. The upshot is that all the learning is available from the outset, though it’s unclear when, exactly, Tesla’s crowdsourced approach might reach some sort of parity with Cadillac’s high-resolution mapping.

Having tried pretty much all of the driver-assistance systems of this type on the market right now, I’m more curious about Cadillac’s than most. One of the persistent issues all such technologies run into, I’ve found, is that you’re not entirely sure what the car is doing and when you might be required to take over. Combined with even the most expensive cars’ tendency to occasionally screw up in taking corners, or drift across lanes, and it’s often the case that I turn the systems off simply because it’s too stressful to second-guess them. 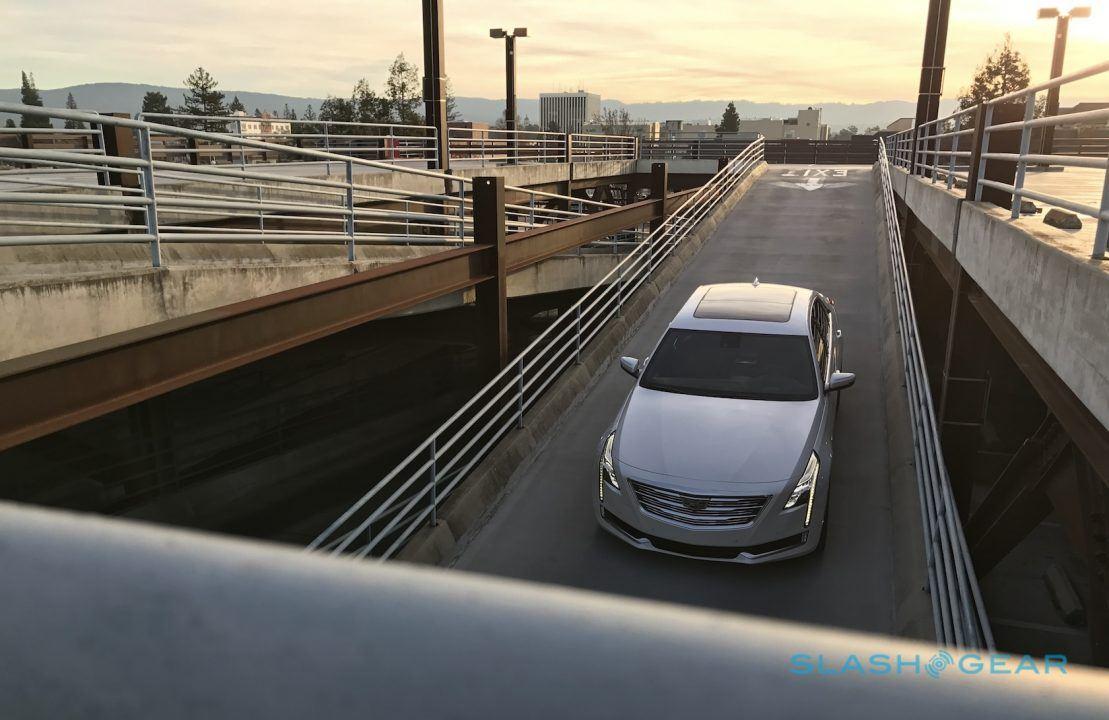 NOW READ: The tech inside Cadillac’s early bet on V2V

In theory, then, Super Cruise addresses all that. With more accurate knowledge of the road layout ahead, the car can prepare for curves and understand the lane layout. The role of the driver as “supervisor” is more cleanly differentiated: you don’t have to nudge the wheel every so often to tell the car that you’re still there. That’s likely to build confidence in the system and, even though it may not be compatible with every road you drive on, encourage you to actually use it more than most competitors because you have faith in it. I’ll need to actually try it out on public roads myself to see if that’s really the case, mind.

Super Cruise itself will be a $2,500 option for the Premium Luxury, and Platinum trims. [Update: Super Cruise is not standard on the CT6 Platinum.] The mapping changes will be covered under a ten year OnStar subscription that will come with Super Cruise. Beyond that, you’ll need to subscribe annually.

While it may not cover every road – Walkup was keen to point out that this is still a Level 2 system, and that Cadillac is simultaneously working on a Level 4 system for actual autonomous driving – Cadillac believes it has the balance right of convenience and caution. CT6 owners, Walkup says, enjoy driving the car on secondary roads: it’s the long, dull highway trips that they want to offload. Super Cruise will be offered as an option to do just that this fall.

[Updated: An earlier version of this article omitted several paragraphs, which have now been restored. We apologize for the confusion!]