A new wearable computer that does away with displays in favor of whispering information into the user’s ear, and being controlled by facial expressions or even tongue-movements could hit the market in under two years, Japanese researchers claim. The prototype “Earclip-type wearable PC” would probably need a catchier name to draw attention away from Glass and other wearables, but the premise of a less intrusive, obvious digital assistant could find a market among those who can’t or won’t peer at head-mounted displays.

The prototype, the handiwork of a team at Hiroshima City University, resembles a Bluetooth headset and weighs just 17g. Still, it manages to accommodate not only a Bluetooth radio but GPS, a digital compass, gyroscope, barometer, speaker, and microphone, as well as a processor, memory, and the battery to run it all. 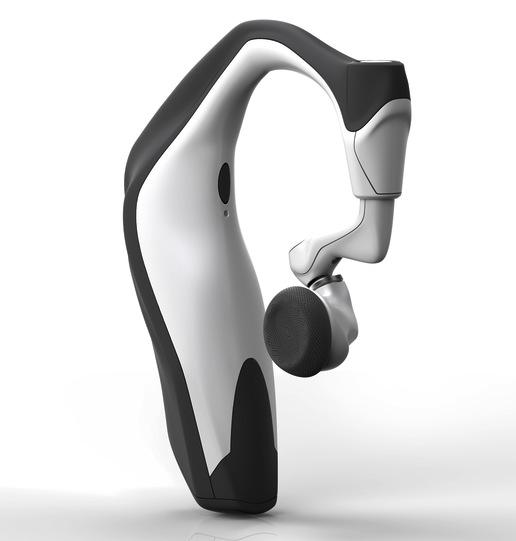 Rather than buttons or a wireless keyboard, the earpiece is controlled using tiny movements inside the wearer’s ear. Infrared sensors track them, each of which is associated with expressions of the eyes and mouth.

For instance, raising an eyebrow, clenching the jaw, or even sticking out the tongue all translate to different micro-movements of the inner-ear muscles, which could then be used to interact with the wearable. The upside, beyond a generally more discrete method of control than speech-recognition, is that it’s still usable by those with disabilities or whose hands are occupied with tools or other controls.

Pairing wirelessly with a smartphone, the collection of sensors could track things like where the wearer is looking and deliver contextually-relevant information. “As it knows what altitude I’m at, which direction I’m looking and at what angle, it could tell me, ‘The bright star you are seeing now is Sirius'” engineer Kazuhiro Taniguchi explained to AFP of one possible use-case.

There are also potential health tracking benefits, it’s Taniguchi and his team suggests, using the sensors to monitor things like pulse, body temperature, potential illness symptoms, and even signs of accidents like an elderly user falling over.

Trials are underway in Hiroshima, Japan, with the hope to commercialize the wearable by the holiday 2015 season. However, Hiroshima City University isn’t the only group looking at the potential for audio-driven wearables.

Intel, for instance, showed off a Smart Headset at CES which also did away with a display. As with the Japanese prototype, it uses a spoken interface instead, cutting down on battery consumption along the way (since the display is usually the biggest drain on power). 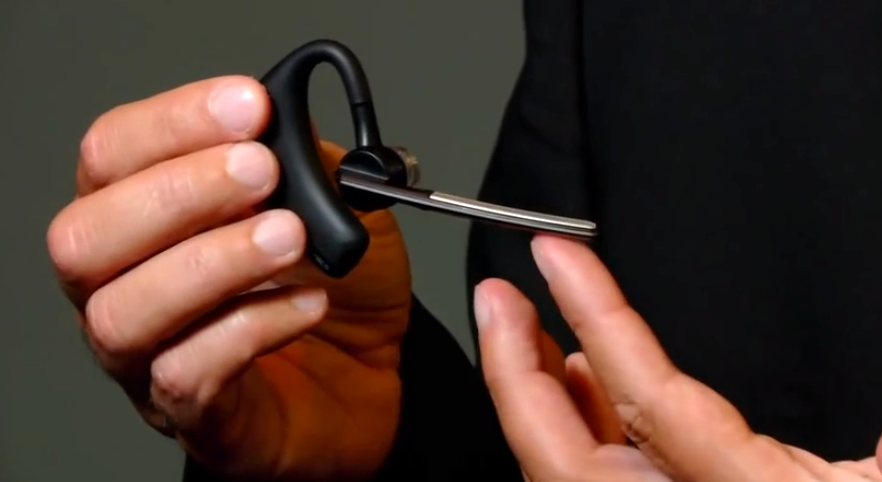 Plantronics, too, has looked at headsets as true wearable tech rather than just hands-free kits. The company’s PLT Labs division created “Concept 1”, an earpiece – that looks ostensibly just like a standard Voyager Bluetooth headset, but which has been outfitted with extra sensors – that can use head-tracking to interact with apps.