Which Android phone to get? Google has a tool for that

Diversity is both a boon and a bane in Android. On the one hand, it means that buyers can choose from their manufacturer of choice, features of preference, or unique style. On the other hand, it also exhibits the so-called “irony of choice”, almost paralyzing some from choosing among dozens of options. Although Google has probably been long aware of the situation, now it is taking a more active approach. It has just launched a new “Which Phone” web tool that can help narrow down the choices based on your use cases.

Not all Android smartphones are created equal, though some do bear resemblance to others. There are some that are more well-equipped to handle the stress of games, for example. There are also some that are better at taking photos or videos than others. Some phones might be able to do all of the above, but not all. 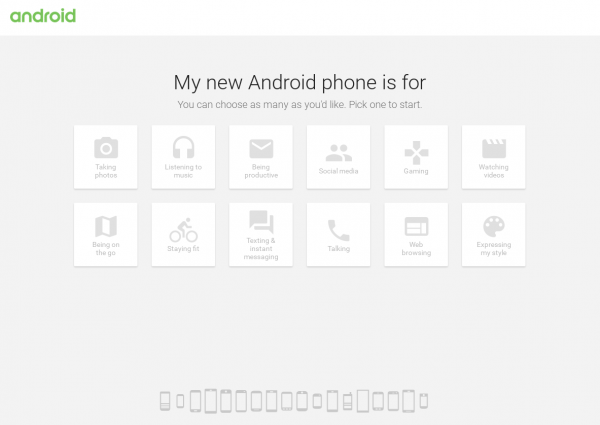 The Which Phone tool is pretty straightforward. It presents a question and answer type of format to get to know the user better. It starts off with very broad categories of use cases, like taking photos, playing games, listening to music, or hanging out on social media. You get to choose three of these in the whole process. Actually you have to choose three of these, no other way out. Depending on what you choose, the tool will ask you more questions to narrow down the choices further. You can even select your carrier of choice or do that later. 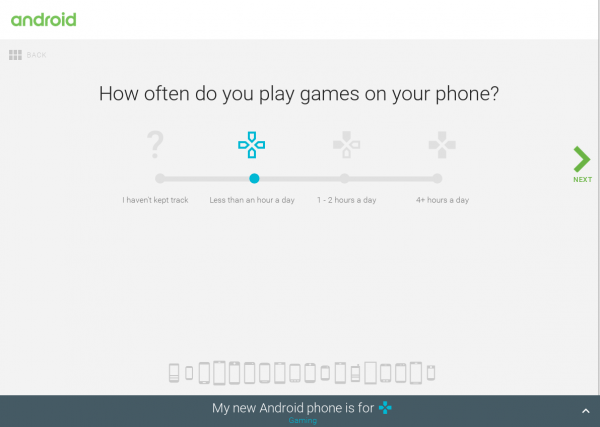 Once done, Which Phone will present you with a list of candidates, with top matches leading the way. Each smartphone’s defining characteristic is listed based on the user’s input earlier. You can still narrow down the list by picking carrier, size, and, perhaps most important, price. You can then save the results to your email for your shopping list or, strangely, flaunt it over social networks. 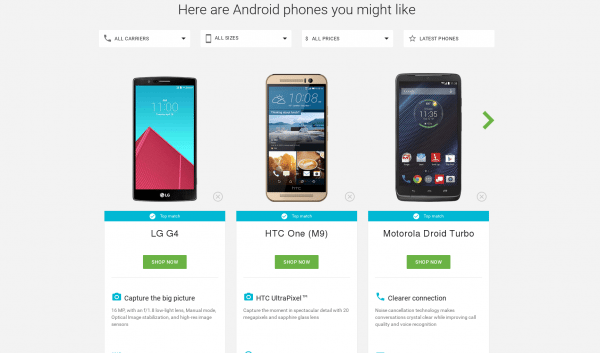 Which Phone is definitely a useful and quick way to survey the choices in the Android world keeping your particular taste and needs in mind. One does wonder, however, where Google’s metrics come from. Some, for example, might question the HTC One M9 being listed as one of the Top Matches for camera use, though, of course, that wouldn’t be the only reason for the listing. As Google doesn’t seem to have a list of all possible smartphones included in its database, it can be hard to tell what buyers might be missing out on as well.