Today WhatsApp, a Facebook company, updated their so-called Privacy Settings. This is the latest in a line of updates with the word “privacy” in the title released by Facebook and Facebook companies that, collectively, likely aim at doing some good for the overall image of the social networking giant. The latest update is for WhatsApp Groups and it has to do with your Contacts.

Today WhatsApp’s update allows new settings and invite system abilities to “further empower users to have more control over group messages they receive.” The change comes in the way that people are added to groups – as in who can add them to groups without their approval. “This helps prevent people from getting unwanted messages including viral information that can spread through groups,” said a WhatsApp representative today.

The settings change is not automatic – you need to opt-in, so to speak. This “new privacy setting and invite system” is meant to “help you decide who can add you to groups.” Users will need to open the WhatsApp app and go down the rabbit hole to the new set of switches.

The three options available are Everyone, My Contacts, and My Contacts Except. The final bit is to include most of your contacts EXCEPT those select few goofballs on your contacts list that keep adding you to groups with which you’d never want to be associated. An earlier version of “My Contacts Except” was “Nobody” but WhatsApp developers decided to make options slightly more versatile – so good on them! 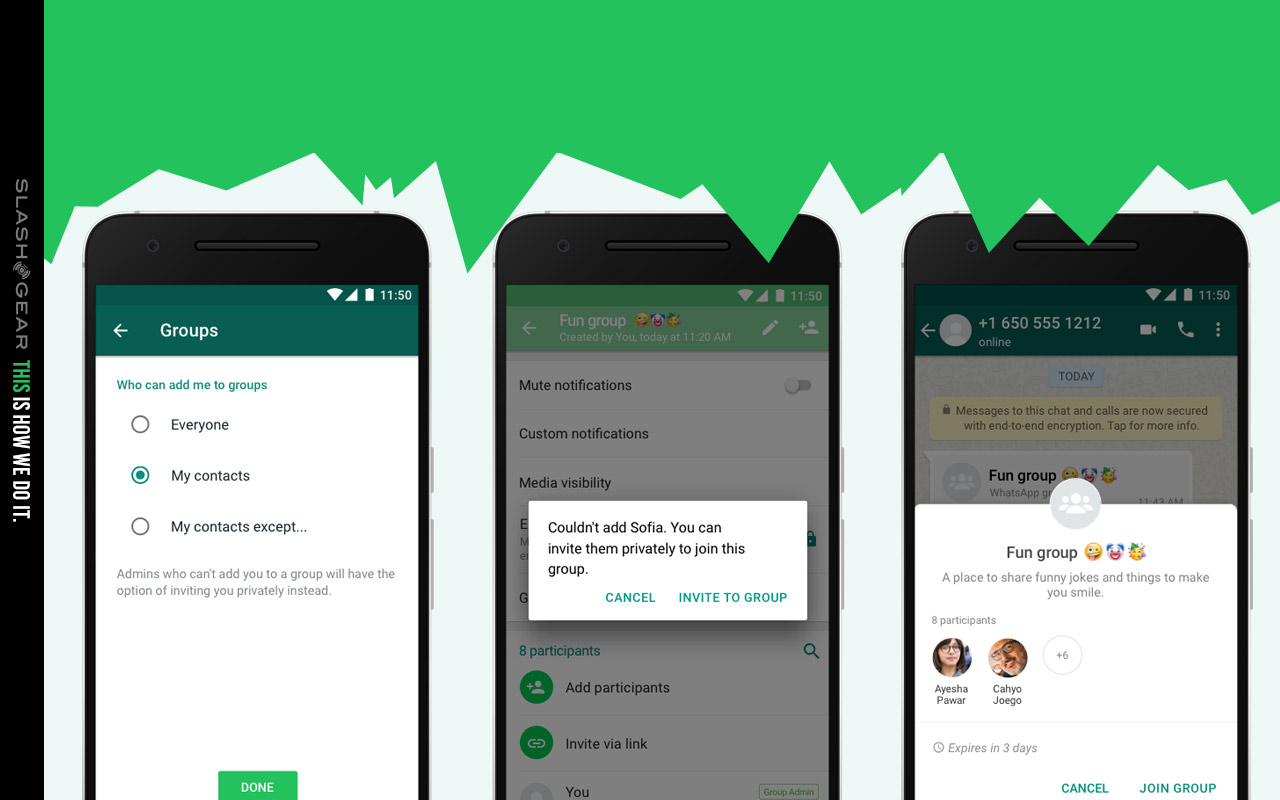 As such, this update SHOULD allow WhatsApp users who’d otherwise be inundated by Group Spam to avoid said adds. This will also allow WhatsApp to continue to expand into a slightly more app-based social network that’s very, very similar to Facebook, without the spam-happy nonsense that is what Facebook’s become here in 2019. Good luck to them on that!