WhatsApp, owned by Facebook and one of the world’s most popular mobile messaging platforms, has been working on a voice calling feature for some time now. The company first announced that they were working on the functionality early last year, and it is expected to make an official debut sometime this year, although exact timing remains unknown. However, a small handful of images were posted on Reddit this weekend that show a new WhatsApp voice calling interface running on an Android device.

In the images, the top of the app’s screen features three primary tabs, one for text-based chats, one for contacts, and a new one for calls. One of screenshots shows the instructions for how to place a new voice call in the app, which should be easy enough for anyone familiar with placing a call in other similar apps, not to mention the smartphone’s default phone application. 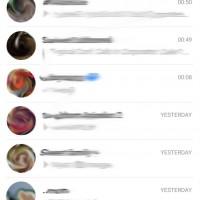 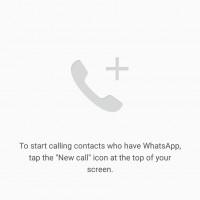 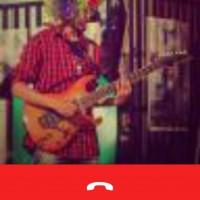 There have also been several reports that WhatsApp may debut the voice calling feature in a campaign promoting free calls to India. This campaign is also said to take place sometime in 2015, so this could be part of an official roll out for the feature, starting in select countries or regions.