What is MicroLED: 5 key facts about Apple’s secret display tech

Apple is making its own displays, but just what is MicroLED and why is it better – and more problematic – than OLED and LCD? The revelation that Apple has been working on replacing another aspect of its problematic supply chain relationship with rivals such as Samsung and LG has sent ripples through the display industry, not to mention reawakened interest one of the more intriguing technologies out there. Question is: why is cracking the MicroLED problem such a big deal?

MicroLED is really straightforward in concept

As the name implies, MicroLED is basically an array of LEDs, only much smaller than normal. Each pixel consists of red, green, and blue sub-pixels. As is the case with OLED, each of those individual sub-pixels is self-illuminating. There’s no separate backlight required, as is the case with LCD panels.

The individual LEDs are constructed on a TFT backplane which supplies power and controls which lights up and when. Because there’s no organic layer as OLED requires, the lifespan of MicroLED can be longer, and there’s no risk of burn-in. However, just as with OLED there’s the potential for curved panels and other advanced designs.

The MicroLED challenge comes down to production

MicroLED isn’t an especially new display technology. The problem is that it’s difficult to produce, certainly at scale and to a budget that’s comparable with LCD and OLED. Right now, there are a few competing ways to do it.

One uses robotics to manually pick and place each of the pixels, building up an array of LEDs that way. It’s known as chip bonding, and manufacturers like Sony have been experimenting with it for TVs and more. However, when each MicroLED is smaller than the width of a strand of hair, that’s a time-consuming process and difficult to do precisely.

Another possibility – and one which Apple is believed to be developing – is transferring MicroLEDs from a donor wafer. Known as thin film transfer, it forms an array of LED pixels and then transfers those to an IC substrate. In theory, the costs for thin film transfer are relatively low, but that’s dependent on getting the process right so that yields are sufficiently high for commercial deployment.

The potential benefits are huge – and perfect for mobile devices

If MicroLED is so difficult to produce, why bother? The pay-off to the seriously tricky production process is that you end up with a panel that has significant benefits over more traditional displays. That has big implications for smartphones, wearables, and other battery-powered devices.

Image quality is one obvious area of improvement. Compared to LCD panels, microLED are lower latency and have higher contrast ratios: that means they update faster, and the range in brightness between the darkest and lightest part of the screen is wider. They have better color saturation than LCD, too, and are more efficient when it comes to power consumption. 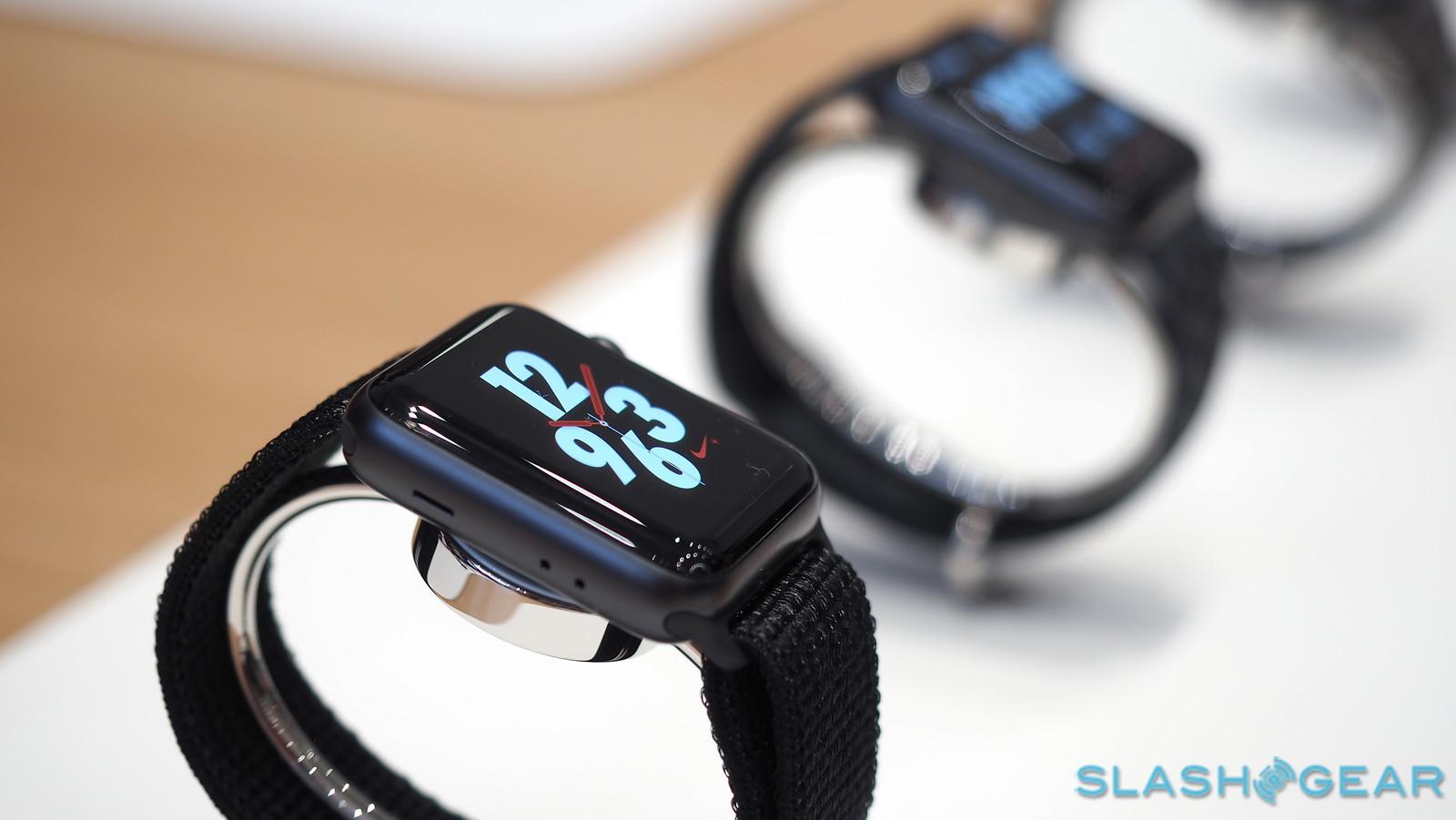 A lot of those are factors OLED is credited with, too, but MicroLED promises to be even better than the technology-of-choice for the current iPhone X and Apple Watch. According to reports, Apple’s microLED screens are noticeably brighter than its OLED panels, and offer more precise control over the individual colors that make up the screen. MicroLED panels also have fewer layers than their OLED and LCD TFT counterparts, so they can be thinner, too.

Maybe most impressive, MicroLED power consumption could also be half what an OLED screen needs. That energy saving could make for a longer-lasting smartphone or smartwatch, or it could allow device-makers to offer brighter screens without a hit in battery life. MicroLED screens could potentially be as many as 30x as bright as OLED, indeed.

Just as there are several processes by which this new display type can be made, there are a few companies working on MicroLED panel production. Apple’s system is based on technology it acquitted when it bought LuxVue back in 2014. Roughly a year after that purchase, it’s believed, it started the process of testing its own production both in Taiwan and in Cupertino.

Samsung, meanwhile, is even more publicly gung-ho on MicroLED. It has already announced its first product, indeed: a modular TV it has dubbed “The Wall” and which measures 146-inches. The goal is to have that on-sale potentially as soon as this year, though whether it’ll be priced within the reach of anyone but the most wealthy video-watchers is questionable. 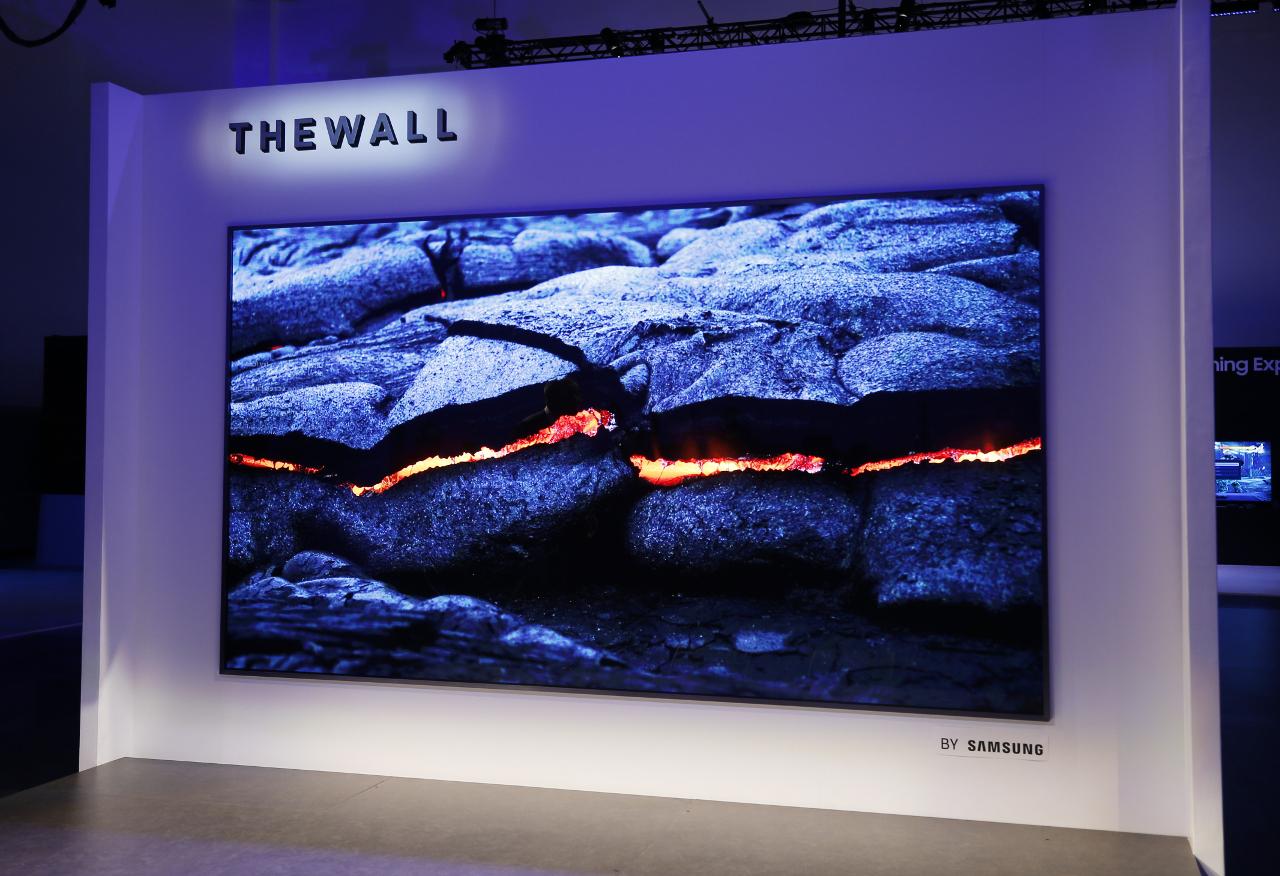 While Samsung is looking at vast MicroLED screens, Apple’s focus is believed to be on much smaller panels. MicroLED’s size, power consumption, and image quality benefits over both LCD and OLED make it the ideal candidate for future iPhone and Apple Watch models. Still, you shouldn’t hold your breath.

According to leaks from people familiar with Apple’s development, first up will be a MicroLED Apple Watch. Indeed, the current prototypes within the firm are said to be smartwatch-scaled screens which exist in standalone testing rigs, rather than being packaged into actual wearables. A commercial push for that is still likely a couple of years out.

While Apple is believed to have packaged some MicroLED screens into iPhone 7-based prototypes a couple of years ago, they were only to convince management that the technology was worth investing in. Getting from that stage to the point where MicroLED could be manufactured at a rate to satisfy Apple’s huge supply chain is even further out.

Apple has never been shy of playing the long-game, nor investing into high-tech production methods and component development. In the past that’s included ways to machine aluminum and entire chipsets for smartphones and tablets. Now, with MicroLED displays, one of the most expensive individual components in the typical mobile device is in the company’s sights.

Given the challenges inherent in getting MicroLED production right – and taking it to scale – we’re not going to see an instant switch from OLED to the new screens. All the same, for the Cupertino firm it’s a tempting possibility: its current iPhone X uses a Samsung Display panel, and the rumors for the 2018 iPhone line-up suggest a mixture of Samsung and LG Display screens. Breaking that dependence would be huge.