What is Climate Change? Defining the term without bias

A recent study showed that people in record high temperatures, when asked, believe in climate change, while those in record low temperatures often do not. This study was published in the “Proceedings of the National Academy of Sciences” in December of 2016, which meant I needed to create a sort of guide to simplify what Climate Change is. The definition of Climate Change is the basis of all arguments having to do with Climate Change – we need to get this bit down solid, first and foremost. 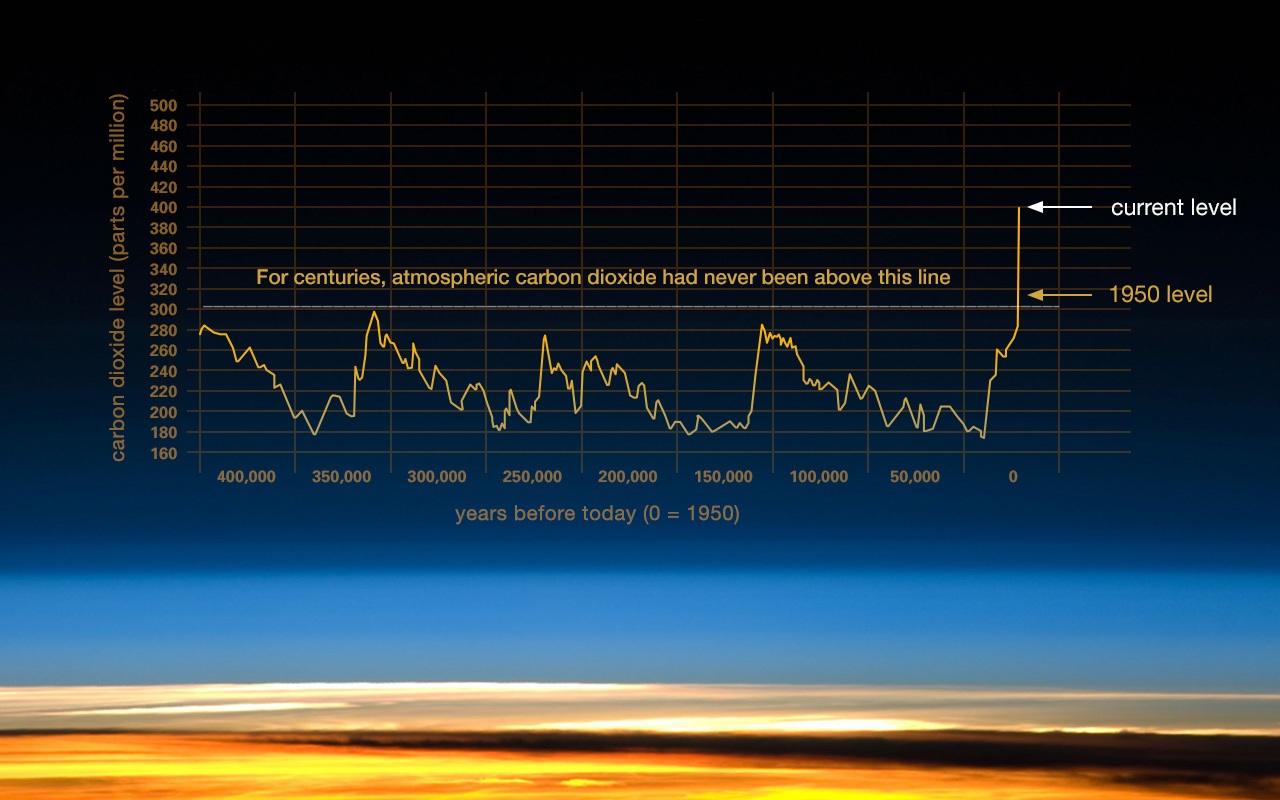 Instead, Climate Change refers to a broad trend dating back specifically to the year 1950. In the year 1950, the amount of carbon dioxide in our atmosphere went higher than at any point in the past 400,000+ years. Scientists have tested atmospheric samples contained in ancient ice cores to find carbon dioxide levels over the past several hundred thousand years.

More information about Ice Core research can be found at the National Ice Core Laboratory. The material there is based on work supported by the National Science Foundation through an Interagency Agreement (PLR-1306660) to the U.S. Geological Survey. This link was provided to us VIA NASA. This same NASA website is the source of the graph provided above.

What does the amount of Carbon Dioxide in our atmosphere have to do with how warm the planet is?

“In the 1860s, physicist John Tyndall recognized the Earth’s natural greenhouse effect and suggested that slight changes in the atmospheric composition could bring about climatic variations. In 1896, a seminal paper by Swedish scientist Svante Arrhenius first predicted that changes in the levels of carbon dioxide in the atmosphere could substantially alter the surface temperature through the greenhouse effect.” – NASA

The following graph shows the average temperature in the month of February every year between 1900 and 2016. This information is cited as such: NOAA National Centers for Environmental information, Climate at a Glance: U.S. Time Series, Average Temperature, published December 2016, retrieved on December 21, 2016 from NOAA. 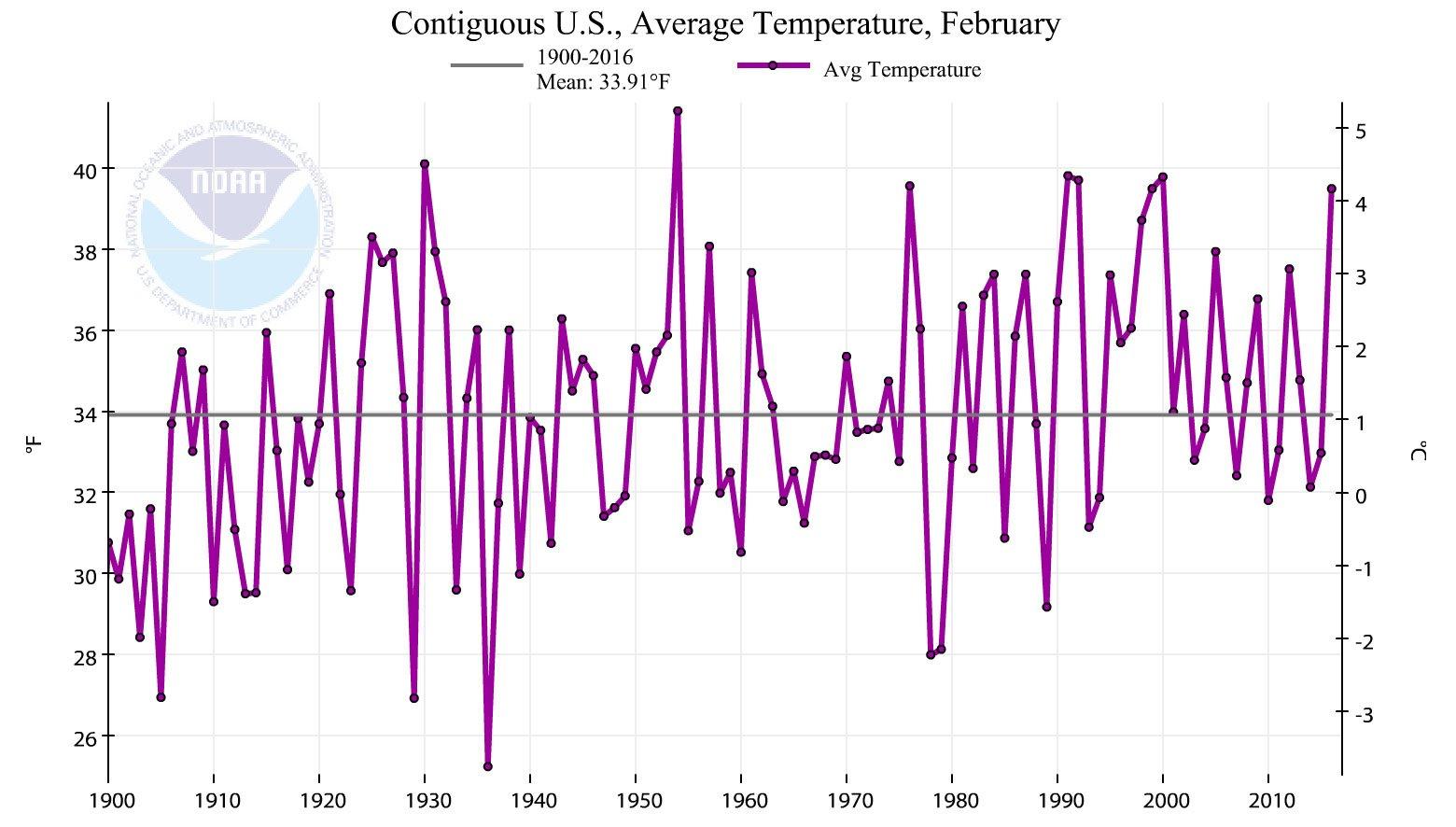 For more information on the study referenced in the first paragraph, see the scientific publication Proceedings of the National Academy of Sciences. There the paper “Spatial heterogeneity of climate change as an experiential basis for skepticism” is published by Robert K. Kaufmann et. all under code doi: 10.1073/pnas.1607032113.