What Google+, Circles, Sparks, and Huddle will Mean for Me and You

Dear Google, you’ve been ever so kind in allowing me to keep all of my stuff in one place with Gmail. I had a tough time trusting you back when Gmail became a reality and I was so used to using my PC computer and the horrifyingly ancient desktop-based email client therein. But I learned, I learned quite well, and now I know that you are the true holders of all the keys. Today you’ve announced a program called Google+, this encapsulating several elements including Circles and Huddle as well. It’s a social networking web of ideas and elements that’s set to change the way we work with Google and with each other – will you ensnare me again?

What we’ve come to understand can all be found in a post made earlier today here on SlashGear entitled SlashGear 101: What is Google+, Circles, Huddle? It is in our series of SlashGear 101 posts that you’re invited to learn about the most important and/or most odd elements in play in our modern electronic, tech, and gadget universe, aka all of the stuff we love the most!

That said, let’s have a talk about what we’re going to be doing here.

What Went Down Today

What you’ve got with what Google has released today is a set of social networking elements that all come down to the name Google+. This name has been simplified to such a level that Google is now banking on it to win, much like the way Apple takes names and adds an i to them to show that they’re part of their network intrinsically. The first and most important (if you ask me) element in play in this whole situation is Circles. If you take a look back about a week ago, your humble narrator wrote an investigative article by the name of Google Circles and what it Doesn’t Mean for You. This article took what we knew about Circles at the time (not much) and turned it into a hypothesis that, yes indeed, is turning out to be true:

It means, if you ask me, that Google Circles is a name of a project that might be released in the future that furthers the social connectivity options a person has with their Google account. You’ve already got a Google account if you’ve signed up for Gmail or if you’ve ever downloaded an app from the Android Market. More than likely this will be the same account you’ll be using to move further into the world Google is preparing for you, one we’re currently only able to call Google Circles.

All of this is true. Right this very moment it’s not, as the whole Google+ project is still invite-only, but it will be soon. Much in the same way you’ve got a Google Reader account whether you know you do or not, and you’re free to completely dismiss it if you like, no harm done, so too will you be able to dismiss everything inside Google+. But you wont. The reason you wont is because it’ll be so integrated into the Google-licensed Android experience that you’ll not only love to use the functions you’ll henceforth have, you’ll use them without thinking about it.

The reason you may want to use this ability to separate is that you’ll be able to share the media and messages you’d otherwise (read: Facebook) share with everyone you’re connected with. This Circles functionality plays with every other bit of this whole ecosystem. 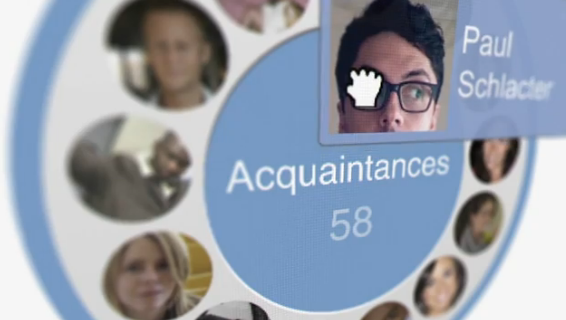 Will this work out for a person like me? You bet your butt. The ability to share photos of my new little baby girl with only my close family instead of everyone I know, that including work associates and weirdos who I’ve needed to get in contact with for one reason or another at all points in the past – that’ll be helpful! And why wouldn’t I just de-friend these people from Facebook, I’m sure you’re asking, instead of starting up a whole new situation here with Google?

Because I like to opt-in to things rather than opting out of them. I like to give permissions to people instead of taking them away. It’s easier and it feels much more natural.

This bit interests me the least, as I feel like, believe it or not, this functionality has been around since the inception of the internet. What Sparks will be is essentially a list of your interests that you can share with your Circles – or outside your Circles too, I expect. But with systems such as Tumblr, Reddit, and heck, even blogs in general in play, I don’t know why a person would want to share on a subject only inside a bubble such as this. 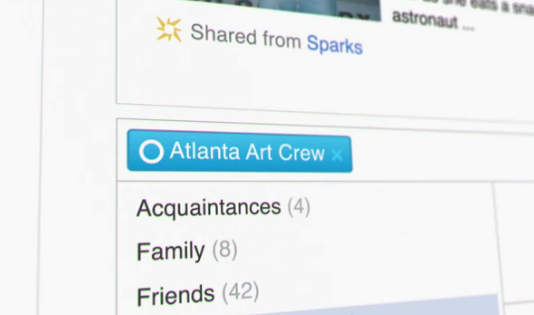 On the other hand, aren’t all of these systems stuck in bubbles? Of course not – just so long as your desired audience can see what you’re sharing, be it a small group of friends or thousands of tech and gadget interested readers, that bubble can be whatever size you want. 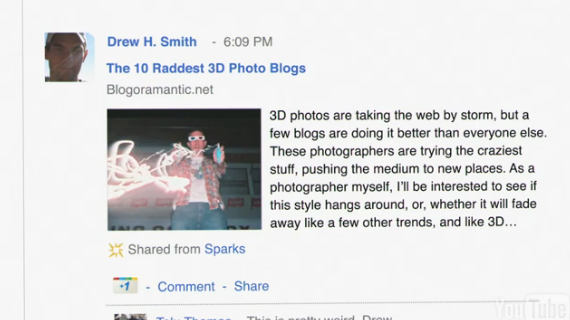 It is here that Google unleashes its video chat program in earnest. While in the past you’ve indeed been able to chat back and forth through Google Voice, this functionality has been rough and at times rather spotty. What Hangouts aims to do is, by the looks of it, take things like TinyChat and StickAM and TinyChat and place them in Circles, hereby removing all the unwanted advances you’ve more than likely felt if you’ve ever gone to those notoriously vile sites. 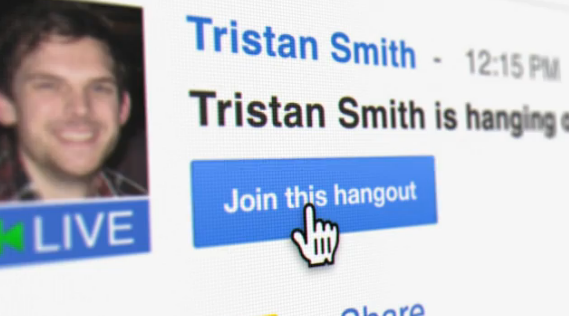 What Hangouts aims to be is a meeting place for you and your friends, you and your associates, or you and your Battlestar Galactica fanclub. You’ll all be chatting with video at the same time and it’ll be great. While I don’t necessarily believe that video chat is the best way for more than two people to communicate at once, this does seem like the most stripped-down and professional way of going about it presented to the public thus far. 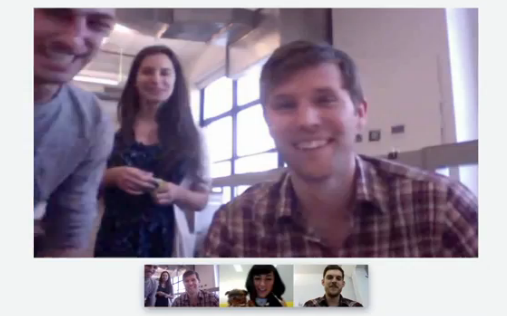 There’s currently an app on the Android Market that you can download and use, but only if you’ve been accepted into the beta program. You can grab this app right now and open it all you want, but you wont be able to get in unless you’re already in the cool club or have some sweet hacking skills, if you know what I mean.

You’ll be working with here and with future Android phones (and other mobileOS platforms we expect as well,) is instant integration with GPS, you video and photo capable cameras, and messaging. Location will be opt-in, that being the tagging of every one of your messages, photos, and video with GPS data, all of this uploaded “Instantly” to the cloud. This is, again, an optional situation, Instant Upload taking every photo you snap and uploading it to your account, available for access anywhere you can log in. Should you have unlimited data on your mobile plan, a great situation this could be. If you’re limited, consider skipping this option.

All of this will, again, be tied to your Circles in that your auto-filled photo album could be accessible by your close family Circle or your Ultimate Frisbee team Circle if you like. Same with sharing to a Circle – add those GPS tags and your whole Circle will know where you’re at.

With Huddle you’ll be able to access a single chat window for each of your Circles. If you’re looking to share GPS-tagged messages, photos with messages, or videos to your Circles, this is the place to do it. Huddle is another piece of the puzzle that didn’t really need a whole separate name, as once you talk about Circles as they exist now you’d expect a Huddle functionality, but there it is. 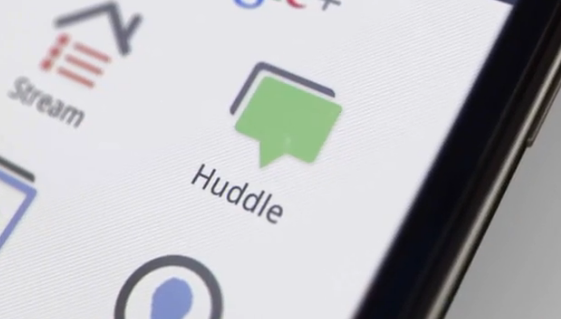 How will you use Huddle? I’ll certainly be testing it out for my family to plan out holidays, for my local friends to plan outings to shows or for movie openings, and for my set of a couple of schooldays pals who share updates on uninteresting sci-fi junk that NOONE else would or could possibly ever give a care about – Smuggling spice through the universe and Tribbles and all that.

How long do I have until Total World Google-ation?

You’re too late, Google has already dominated the world in many ways. Google+ will give them a boost, or so my Android device reviewing brain hopes, allowing many more devices to be pushed out and the mobile revolution to keep on twisting. You’ll be able to access many or most of these projects from your desktop, as that’s half the point, but the real working nature of this greater Google+ environment will be unfolding in the mobile landscape. Get your tablets out, whip up a plan for how you’re going to use this new project and its many arms, and get pumped up, because Google’s gone social in a whole new way.