The wearables industry could be worth as much as $50bn in just three years time, Credit Suisse has predicted, as gadgets like portable fitness monitors and Glass-style headsets grow in popularity. Core to the likely growth is the prevalence of smartphones, with the finance firm estimating that there are in excess of 250m “installed mobile operating systems” that are capable of acting as a hub to wearables.

In fact, Credit Suisse’s report estimates the current wearables market as being worth around $3-5bn already, with it likely to increase tenfold over the next 2-3 years. That pegs the market at between $30bn and $50bn in just a few product cycles.

They’re ambitious numbers, more so than industry watchers have pegged previously. Back in January, Juniper Research estimated that the wearables business would grow to 70m devices by 2017, though was also more conservative about its starting point; it would roughly double between now and 2014 to somewhere in the region of $1.5bn, the company claimed.

Either way, predictions as to which companies are likely to weigh in over the coming weeks and months show several overlaps. Apple is the hottest potential participant, with Credit Suisse guesstimating an “iWatch” smartwatch could generate as much as $10bn in revenues per year. The smartwatch market at present is made up of only around nine models, the organization points out, with options like the Pebble still yet to make significant inroads into the mass market. 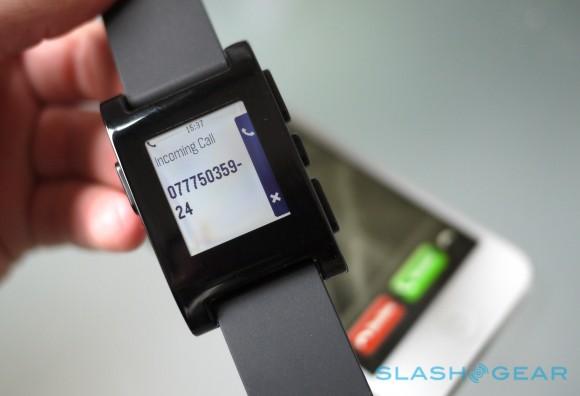 However, wearables will take a little more development until that mass market is ready to embrace them. A significant part of that is battery longevity, both of the wearables themselves, and of the smartphones – whether iOS or Android based, or something else – that will communicate with them. Credit Suisse is hopeful on that point, however, expecting a 2.2x increase in battery power by 2020.

Initially, the big money will be on cheaper fitness-style gadgets, used to track movement exercise. There, the market has coalesced around the roughly $100 price point, a far cry from the $1,500 of Google’s Glass Explorer Edition (though the eventual consumer version, tipped for release in 2014, is expected to be considerably more affordable).