Today Western Digital revealed several new SSD products all aimed at a top-tier next-gen gaming experience. Included in the release were the WD_BLACK SN850 NVMe SSD, the WD_BLACK AN1500 NVMe SSD Add-in-Card, and the WD_BLACK D50 Game Dock NVMe SSD. The NVMe SSD with next-gen PCIe Gen4 technology rolls with up to 7000 MB/s sequential read speeds and up to 1M IOPs, so says Western Digital.

The collection shown today is interesting, where generally a company that focuses on storage solutions struggles to make their products LOOK exciting. WD accomplishes that today with RGB lighting options, but also a Thunderbolt 3-powered NVMe SSD gaming dock, the likes of which most gamers have never seen before.

The WD_BLACK D50 Game Dock NVMe SSD is a “high-performance gaming dock SSD” complete with heatsink design. This device connects to a Thunderbolt 3 port in a modern laptop and turns said laptop into an “integrated and immersive gaming station.” That includes customizable RGB lighting (so long as it’s connected to a Windows laptop to make use of the WD_BLACK Dashboard software. 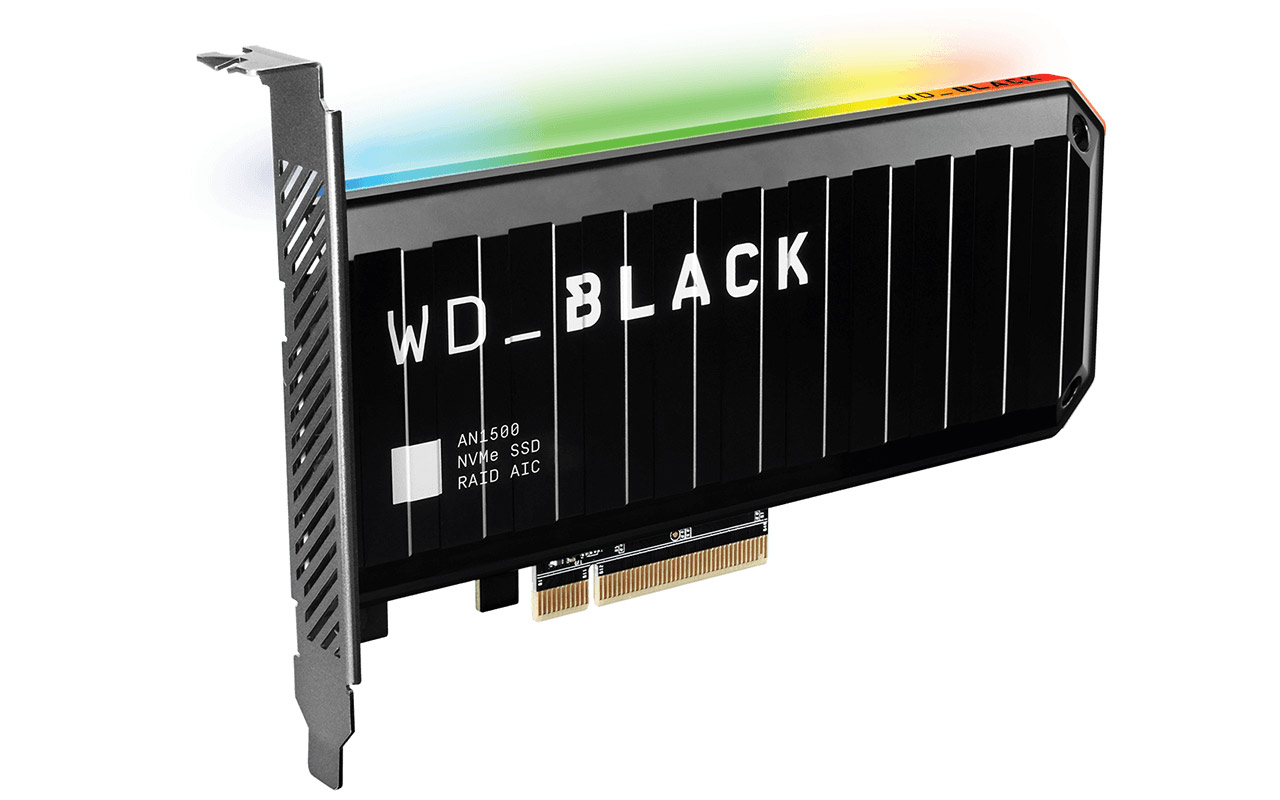 The WD_BLACK SN850 NVMe SSD connects with PCIe Gen4 technology and is touted by WD as rolling with speeds up to 7000/5300MB/s (1TB model). This piece of hardware was made with the WD_BLACK G2 controller to be optimized specifically for “top-tier and high-intensive gaming” and specifically NOT for NAS or server environments. There’ll be a standard edition and an optional RGB-enabled heatsink model.