Waze is revamping its navigation app, boosting trip suggestions, promising more accurate traffic and ETA calculations, and adding Amazon Music as a new partner. The collaboration means that Amazon Music users will be able to control playback through the built-in Waze audio player, while Waze access will also be available through the Amazon Music app.

Waze Trip Suggestions will use previous trips to make predictions, to help you get there again on time. For example, if you frequently go to the same coffee shop at a certain time of day, Waze may now prompt you with that journey, including showing a summary of things like estimated travel time and what the traffic conditions are along the way. 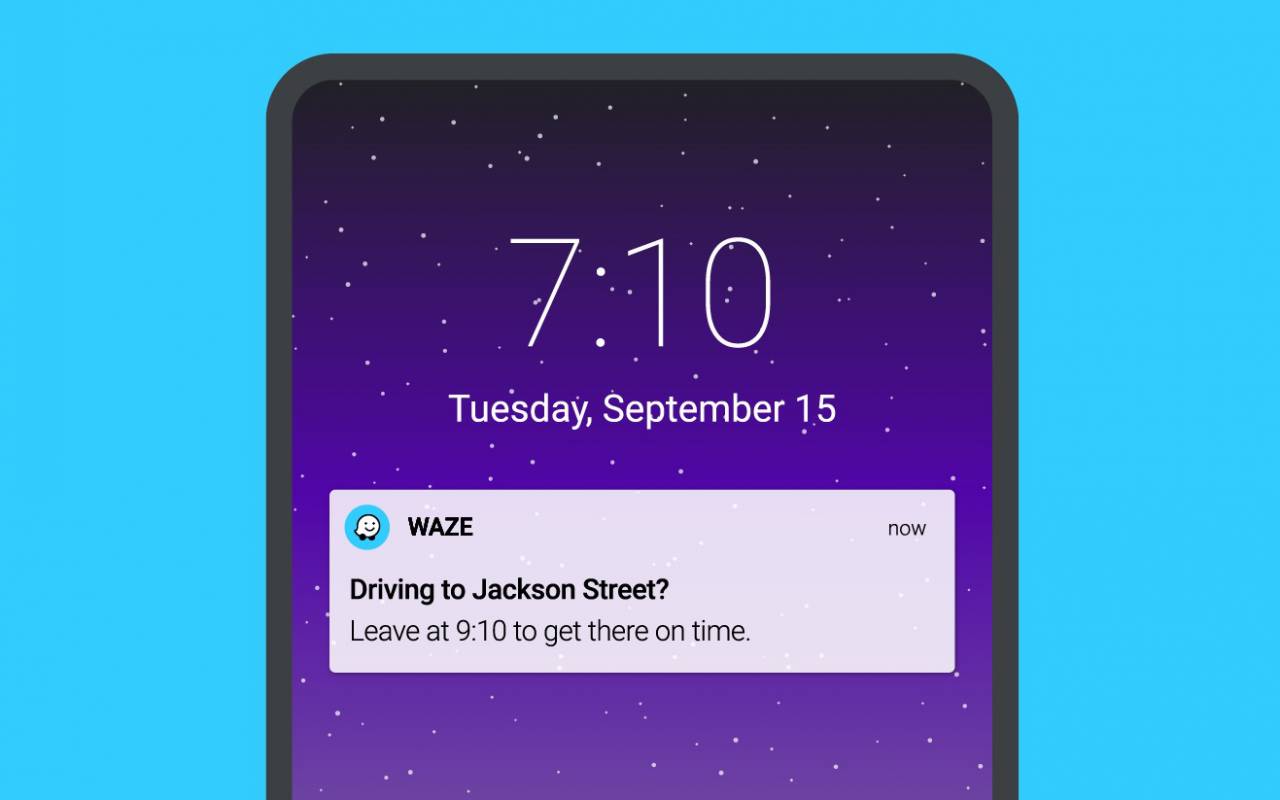 It’ll benefit from new Traffic Notifications, too. That will proactively monitor congestion on an upcoming route, and then ping out a notification if you have to leave earlier than expected to avoid being late. It should work on favorite and frequent destinations, Waze says, as well as for one-off drives, as long as you plan them in the Waze app. 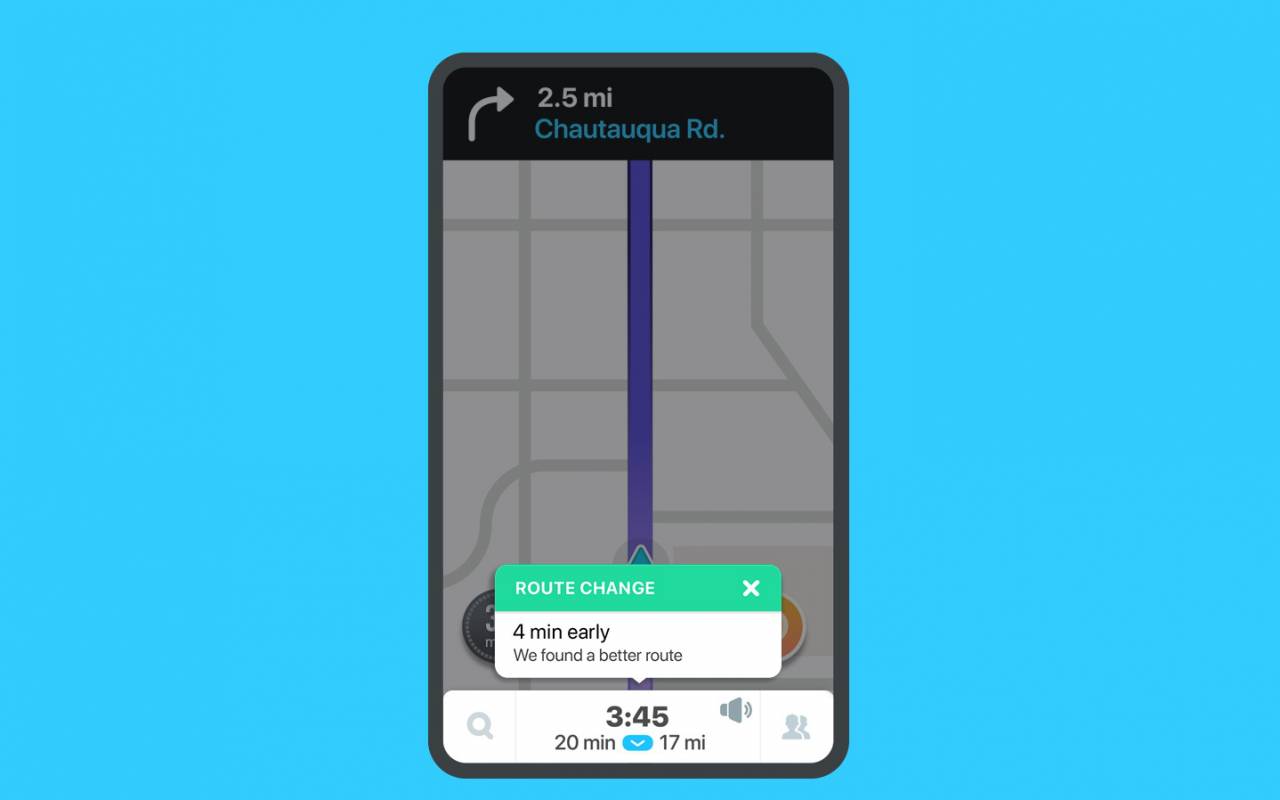 Much like the Google Maps team discussed recently, Waze is also improving its ETA (estimated time of arrival) calculations. That’s now able to make more accurate predictions even with fewer drivers on the road, the company says, where figuring out traffic flows is a little trickier. In Quick Search, there’s now location badges showing up under the search bar for things like drive-through and curbside pickup, while other social distancing efforts are also being included on details for POIs. 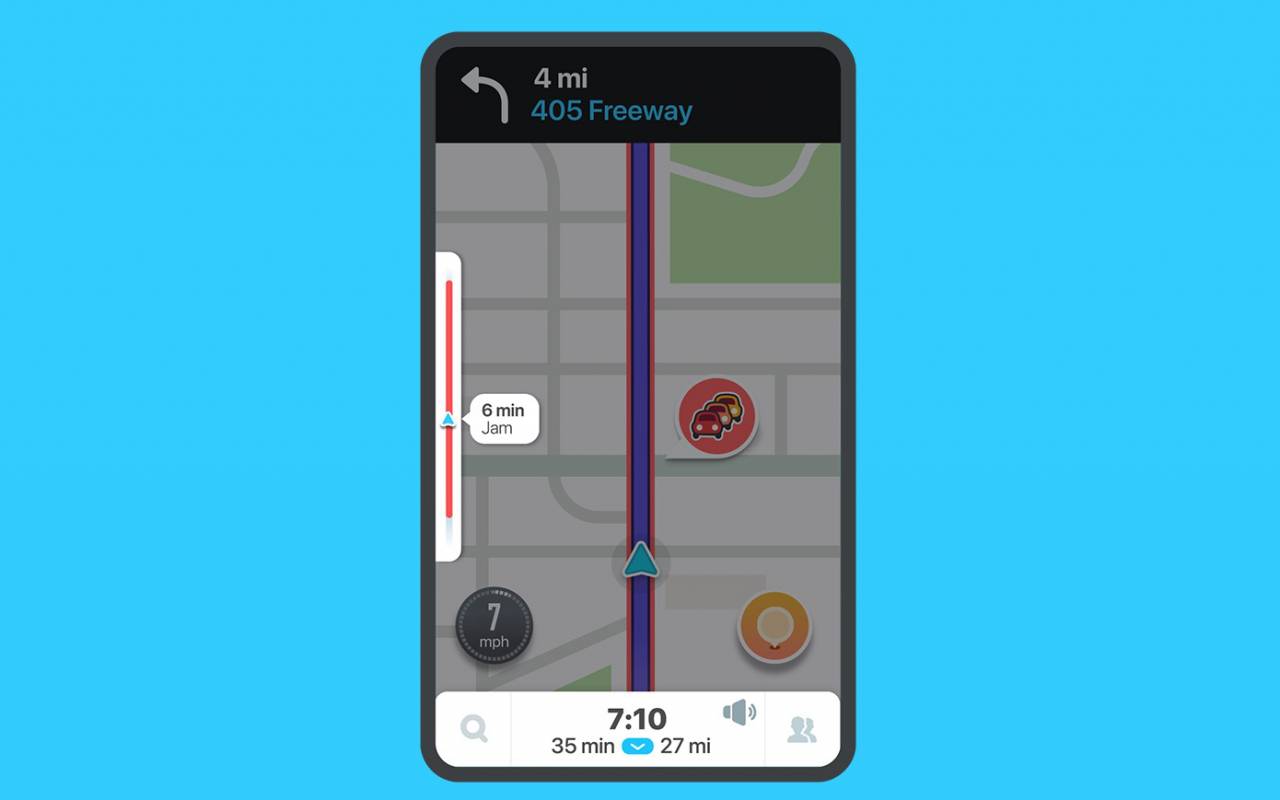 The Waze Live Map – which uses real-time data to show traffic patterns – now supports save-to-app, which means an itinerary can be sent directly to the mobile app. There’s also new lane guidance, which doesn’t just flag an upcoming maneuver but gives information on which lane to be in when merging or exiting the highway. 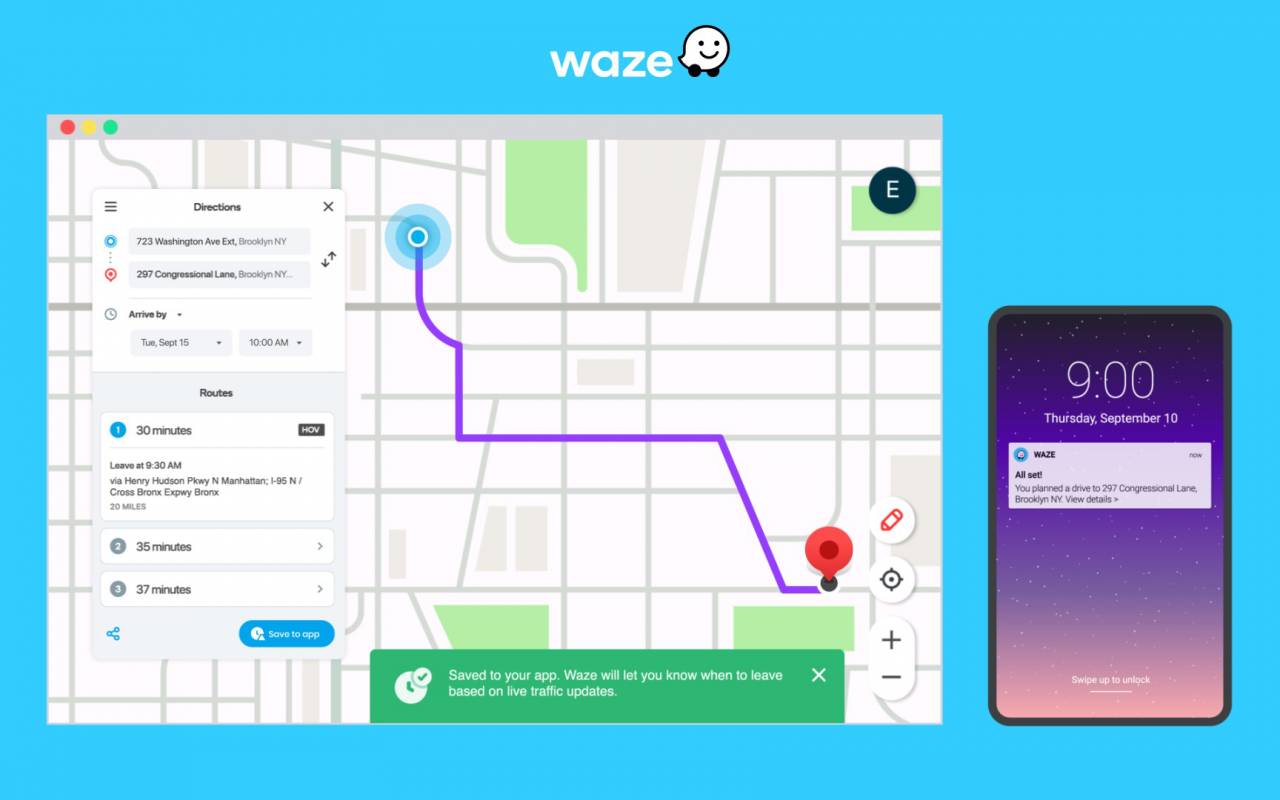 Finally, there’s a new Batman theme, with the voices of Kevin Conroy as Batman or Wally Wingert as The Riddler. In addition to the new voice guidance – which is available in English, Spanish, and Portuguese – there’s the ability to change your car to the Batmobile or The Riddler’s racer, along with matching moods. The theme is available now for iOS and Android, and will an option until the end of October. 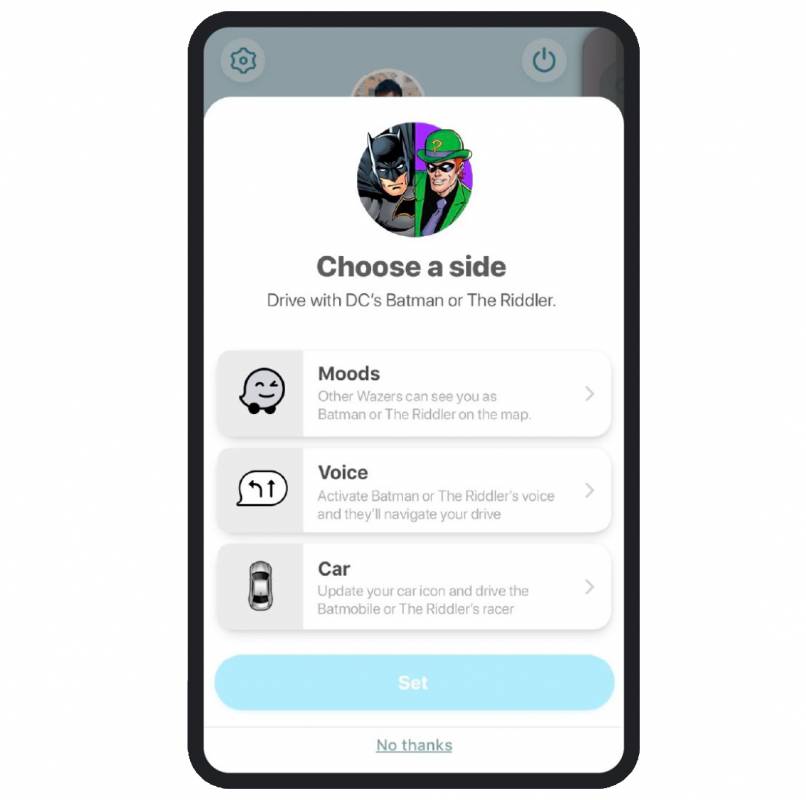 The new Waze ETA calculations are being used in the app now, as is quick search, while the new lane guidance is rolling out now. Waze Trip Suggestions should start appearing for users from October, meanwhile, as will Traffic Notifications. As for the Amazon Music integration, Waze doesn’t have a specific launch date but says that it should be available “in the coming months.” 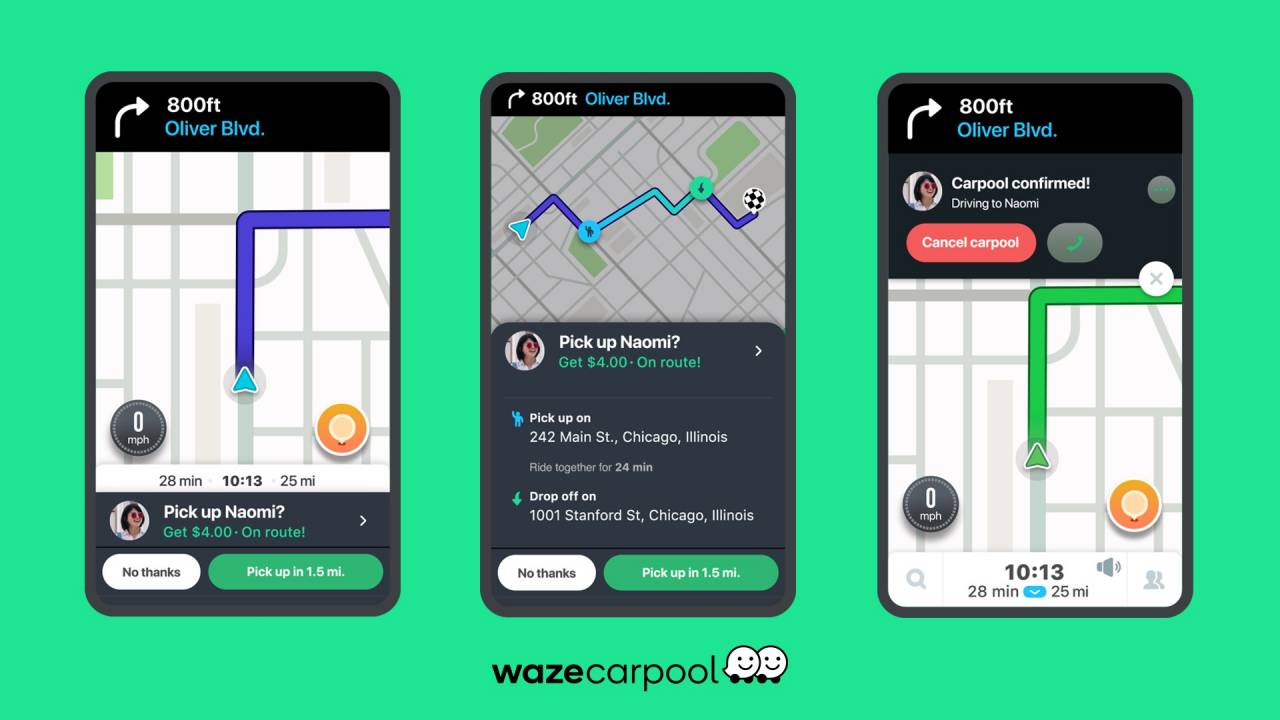 As for those using the Waze Carpool system, there are a few new tools to make that more streamlined. You can turn on Auto Approve, for example, which will automatically accept requests for drivers, while Instant Book users will get an instant confirmation. Real Time Rides will show would-be riders along a route, tapping into Moovit’s technology, so that an impromptu pickup can take place.