Waymo’s self-driving Safety Report is all about reassuring passengers

Waymo, the Alphabet business working on autonomous cars, has released its first safety report, a recap of 3.5m miles of on-road activity. Intended to reassure potential passengers – and wary regulators – that self-driving vehicles are “safer by design,” the report covers everything from incidents through to backup systems. It also digs into what sort of interactions with a driverless vehicle passengers might expect.

“Fully self-driving vehicles will succeed in their promise and gain public acceptance only if they are safe,” the company writes. “That’s why Waymo has been investing in safety and building the processes that give us the con dence that our self-driving vehicles can serve the public’s need for safer transportation and better mobility.”

Autonomous vehicles need to address four basics, Waymo explains. First, they need to perceive the environment around them to understand where they are; next, they need to spot what else is around them. Third, they have to predict what might happen next in that environment, and finally they have to reach a decision based on all of that information.

As we’ve seen, it’s a complex combination of cameras, radar and other sensors, LIDAR laser rangefinders, and a whole host of onboard computers, mashing that data up with high-resolution maps that’s responsible for doing all that. Waymo cars can see up to 984 feet away in all directions, using computer vision to classify other cars, cyclists, pedestrians, and other road users and potential hazards. There are even microphones that listen out for police and other emergency services sirens. 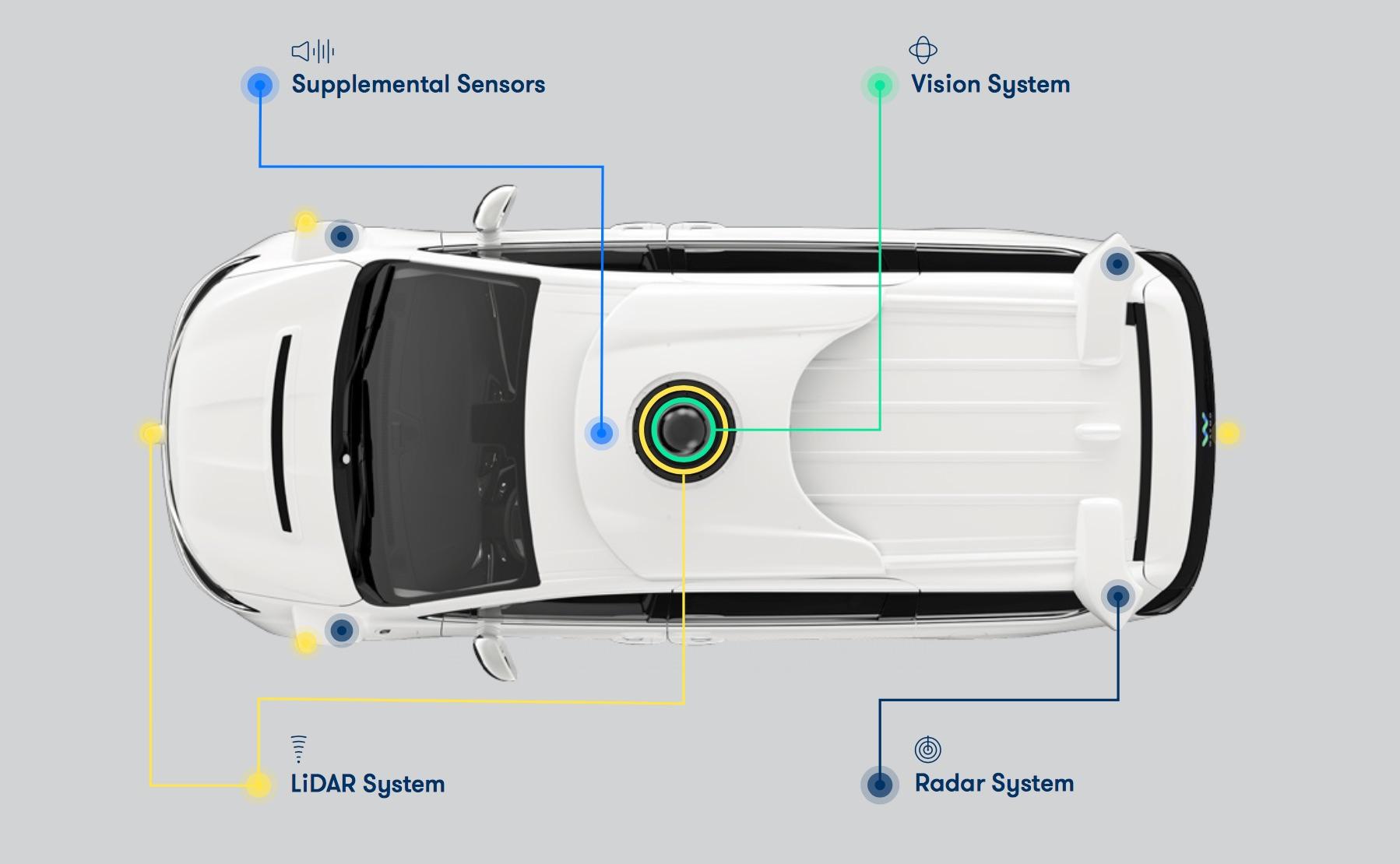 Of course, it’s worth remembering that Waymo’s real-world testing is only a fraction of the total number of miles its autonomous systems have had to deal with. The company makes heavy use of simulated driving and modeling, putting the software through its paces dealing with virtual challenges to refine the algorithms. That, Waymo says, currently amounts to billions more miles: 2.5bn in 2016 alone.

What that driving won’t do is stray from a pre-defined area. That’s because Waymo is relying on high-definition mapping completed before the car goes roaming out in public, including details down to lane topography and more. Indeed, “passengers cannot select a destination outside of our approved geography, and our software will not create a route that travels outside of a “geo-fenced” area, which has been mapped in detail” Waymo says.

Interestingly, the safety report arrives in the same week that the California DMV announced it planned to significantly loosen one of its more restrictive limitations on autonomous car testing. Until now, companies testing such vehicles on public roads have been required to have a human safety driver behind the wheel. That person was there to take over, should the system fail to handle the situation correctly.

With the new proposed regulations, expected to come into effect in mid-2018, that human backup needn’t be inside the car. Instead the DMV has suggested, it could be a remote person, just as long as they’re fully capable of bringing the driverless vehicle to a safe state in an incident. They must also be able to communicate in both directions with anybody within the car. 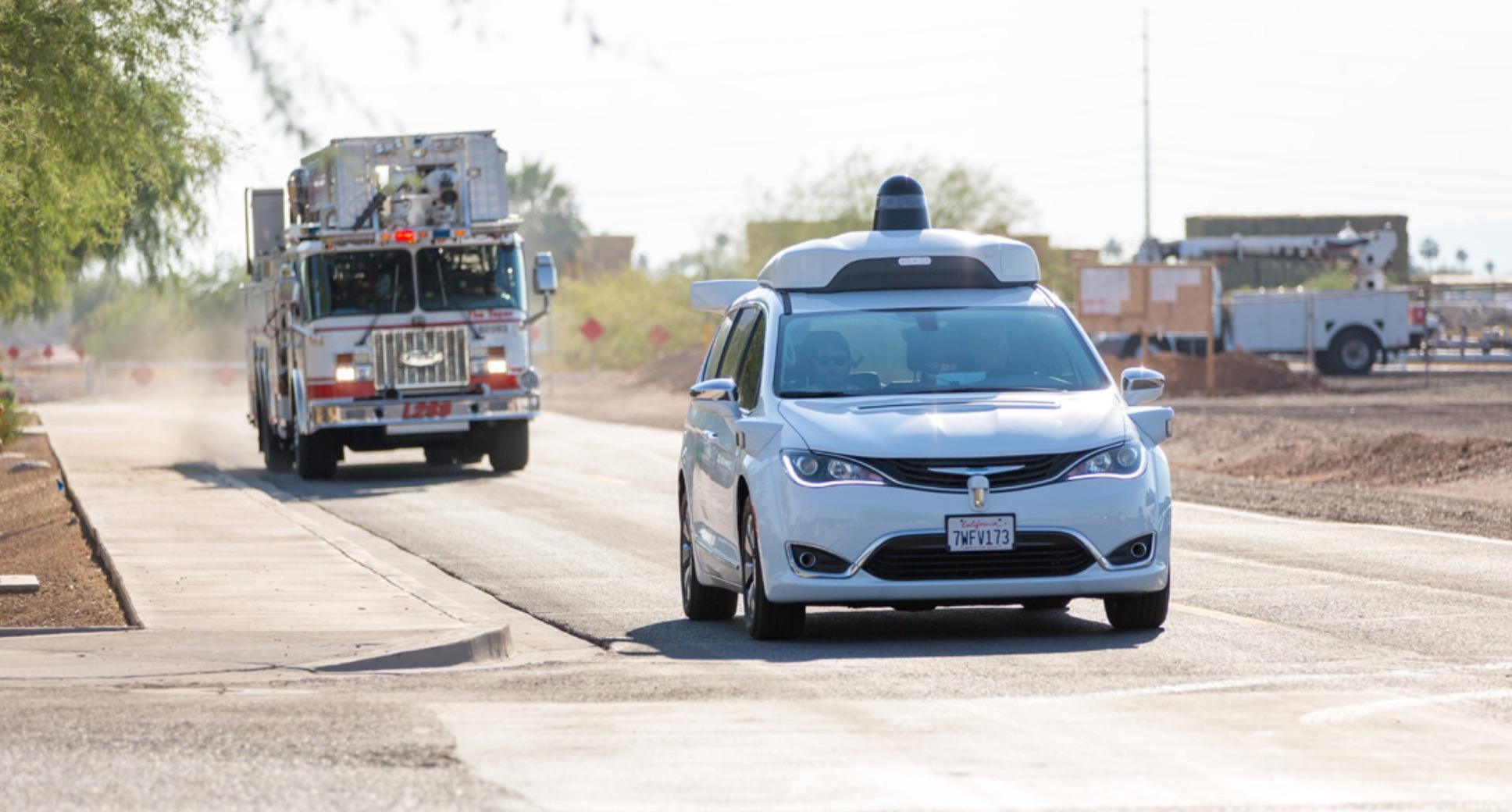 Waymo says it has a full operations center which can report a crash and interact with law enforcement and first responders, in addition to “rider specialists” who can communicate with passengers. There’s a redundant cellular connection between operations center and car, with encryption used to secure those conversations. However, the vehicles themselves are self-sufficient when it comes to actually driving: they don’t rely on cloud-processing, which could be affected by network downtime.

In the cabin, there are displays which show what the car is seeing and reacting to, details on the destination and ETA, and a “Pull Over” button. If pressed, that prompts the vehicle to automatically pull over to the nearest safest place to stop. There’s also a mobile app for summoning the vehicle and setting the destination. In-cabin controls have braille legends for vision-impaired riders, and the car can verbalize what it’s doing.

We’re still some way from autonomous cars having free rein on public highways, though several states are pushing ahead with the legislation that would pave the way to that. Still, Waymo’s new safety report addresses another lingering issue: that of public acceptance for driverless vehicles. After all, even if the laws and regulations allow it, you have to lure passengers inside.