Waymo’s driverless taxi service is opening up to the public, exiting beta in Phoenix, AZ and allowing Waymo One members to book the autonomous minivans. The Waymo Driver, as the Alphabet company describes its self-driving tech, has until now been providing rides for a small subset of Waymo One users, and Waymo has been careful to prevent those riders from talking about the experience.

Indeed, each has been covered by a non-disclosure agreement (NDA) intended to stop them from talking to press or anybody else about how the system has performed. Between 5- and 10-percent of Waymo One rides in 2020 so far have been fully driverless, the company says.

“We’ve been gathering key learnings from these riders on how to optimize our driverless service experience and continuously improve it (in their words, it’s a magical experience),” John Krafcik, CEO of Waymo One, said today. “We also began to offer more people access to our public Waymo One service, with a vehicle operator monitoring the ride.” 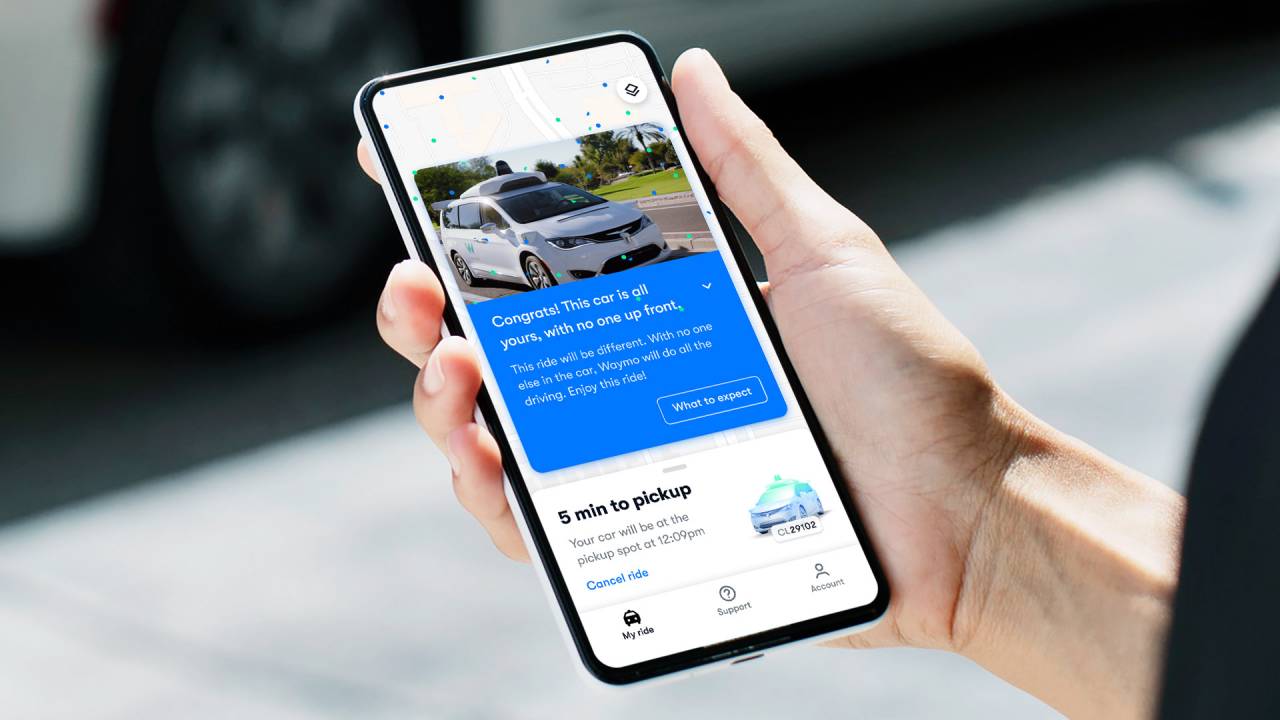 As of today, the floodgates should open. Members of Waymo One will be able to book an autonomous vehicle through the app, and take friends and family along with them in the car. They’ll also be free to share how that experience went publicly, since the NDA requirement is being removed.

It won’t quite be a driverless free-for-all, mind. Waymo says it intends to start with people who are already part of Waymo One, and then – over the course of the next several weeks – open up the service for new registrations. “In the near term, 100% of our rides will be fully driverless,” Krafcik explains. “We expect our new fully driverless service to be very popular, and we’re thankful to our riders for their patience as we ramp up availability to serve demand.”

Part of the bottleneck is that the fully driverless vehicles are in relatively short supply. Waymo has been operating them in the absence of its usual cars, which have a “trained vehicle operator” at the wheel to monitor how the Waymo Driver is doing. Krafcik says that Waymo is working on adding barriers that will separate the first row of its minivans from the rest of the cabin, and expects to resume rides with that human supervision later in the year. That, he promises, “will add capacity and allow us to serve a larger geographical area.”

Currently, Waymo One operates in the Metro Phoenix area of Arizona, including parts of Chandler, Tempe, Mesa, and Gilbert.