Watch: this 80’s Game of Thrones trailer cannot be denied

A firm combination of elements made to glorify our love of the vintage has been made this week. A Game of Thrones 80’s television program intro video has been constructed from several sources, including the original show and a remixed version of the show’s official theme.

Below you’ll witness the excellence of what could have been. The Game of Thrones television show premiered on HBO in the USA in 2011, while the books that inspired the show were written starting in 1991. George R.R. Martin’s “A Song of Ice and Fire” is still being written today.

Above you’ll see the version constructed by Miolaj.Birek of this 80’s beast of a video intro. This video is the combination of two elements. The first is the video portion created by huntersIslanders called “Game of Thrones – 1995 style.”

You can almost taste the scratches on the VHS tape as they slide by. Tracking time! The second bit is the “Game of Thrones – Main Theme (80’s Version)” track by Steve Duzz.

On top of that, there’s an illustration done by Moshi-Kun. This White Walker is part of a series of illustrations going under the title “Game of Thrones 80/90s” which extends to essentially every Game of Thrones character you can imagine. 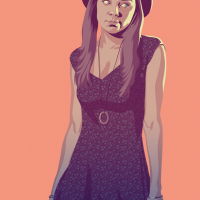 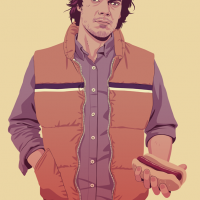 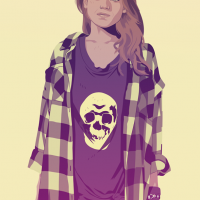 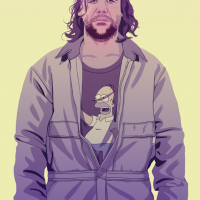 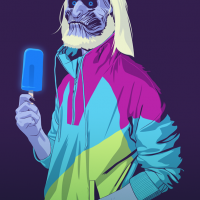 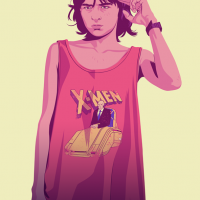 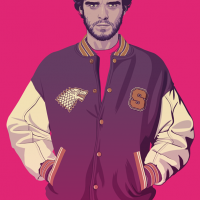 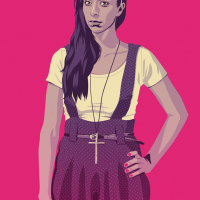 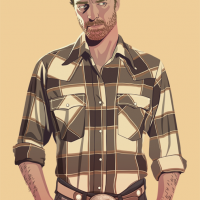 Let us know if you’ve found more Game of Thrones oddities you’d like to share – we’re diving in until next season approaches!

BONUS: Super Audio Time brings the heat with another 80’s remix – from the softer side of the house.