So you’re watching the Disney+ (or Disney Plus, if you prefer) release of Hamilton right now. You’ve listened to the Broadway soundtrack a billion times at this point, and you might well have seen a bootleg version of the play – maybe you even saw the play live on stage. Now you’re watching this Disney+ version and you’re wondering if there are any interesting tidbits, any facts you can share with your family and/or friends with whom you’re watching the play at home. We’ve collected a few that you can use, right here!

The off-screen pre-show announcements were provided by Jonathan Groff, in-character as King George. You’ll probably also recognize Groff’s voice if you’ve been streaming Disney+ movies non-stop for the past several months, as he provides the voice for Kristoff in Frozen and Frozen II. He was also the character Jesse St. James in the TV show Glee! 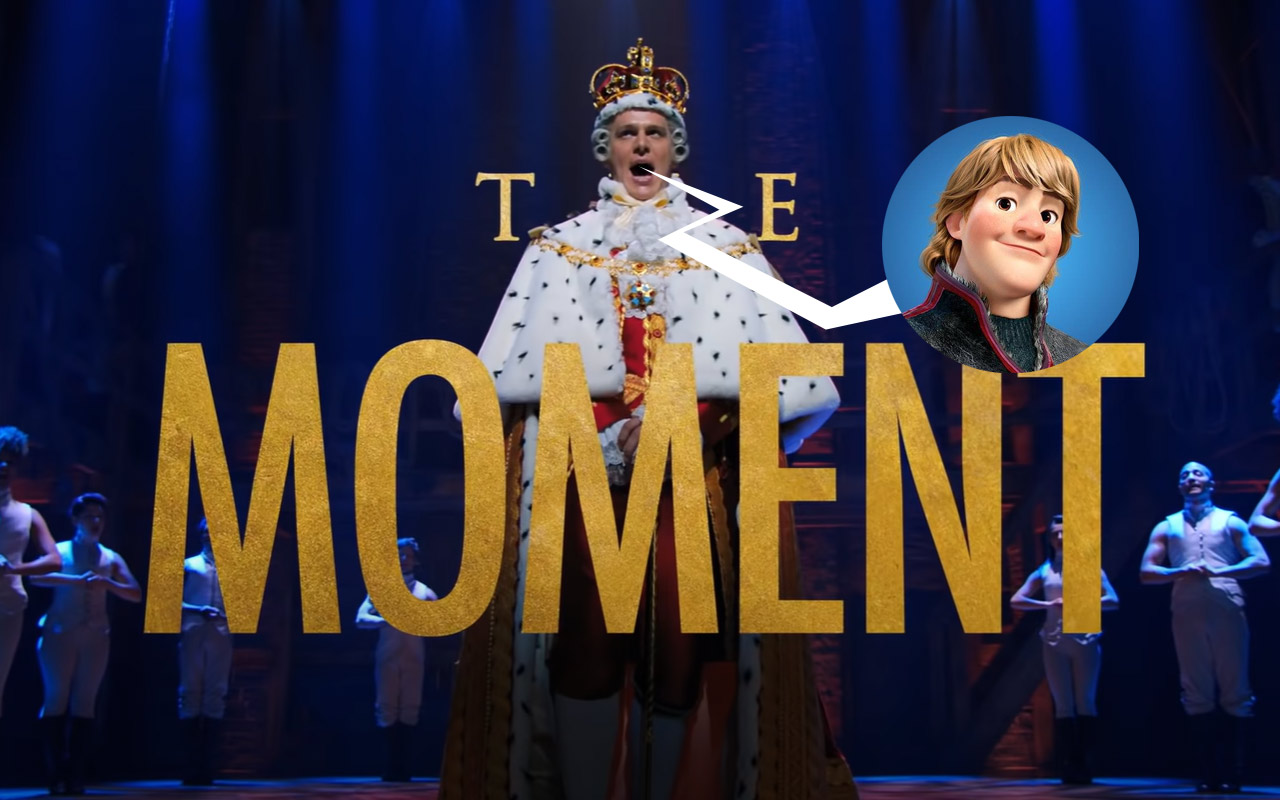 Diggs plays both Marquis de Lafayette and Thomas Jefferson. You’ll likely recognize his voice from a variety of shows as he is one of several actors in the play that’s taken off considerably since Hamilton exploded. 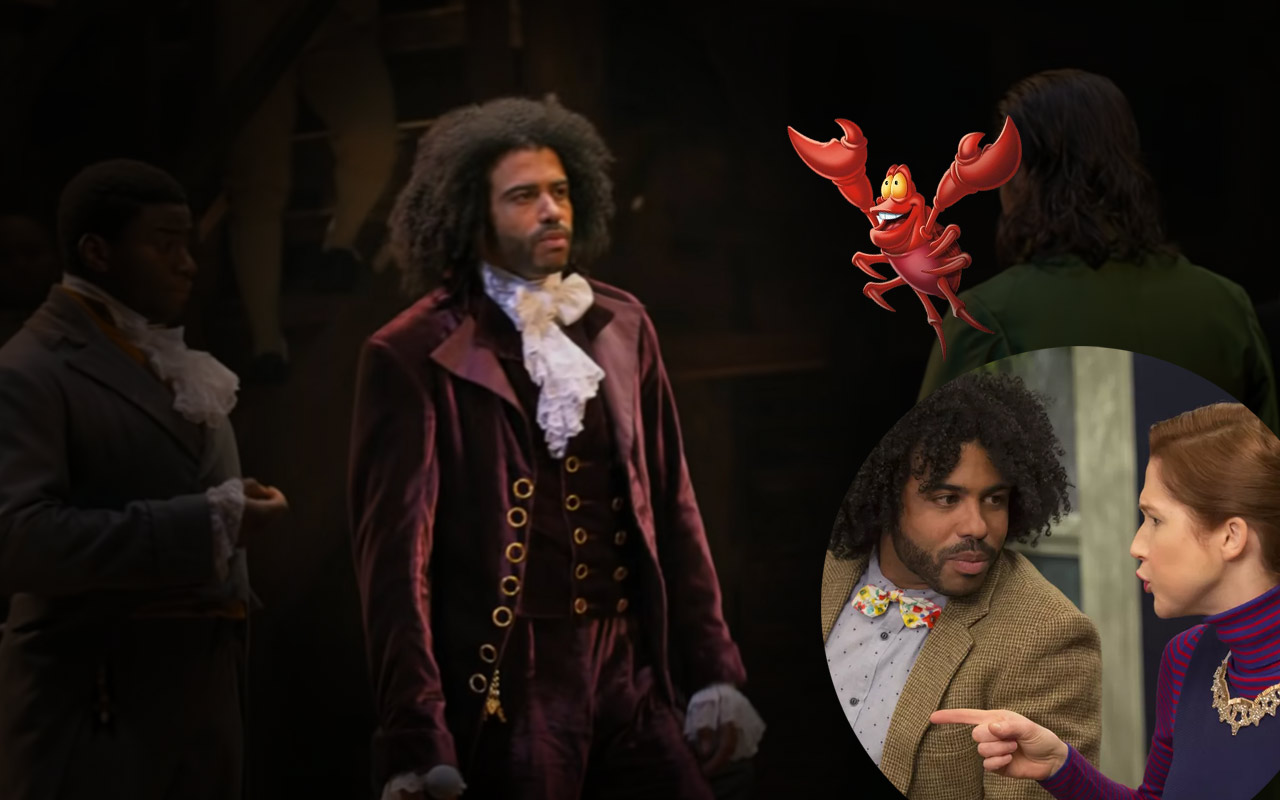 Diggs was the voice of Dos in Ferdinand (2017), Helen in Central Park (2020), Norath Kev in Star Wars Resistance (2019, 2020), Mouse in Green Eggs and Ham (2019), and he’s been announced to be the voice of Sabastian in the live action version of The Little Mermaid. Diggs also played the part of Perry in three episodes of The Unbreakable Kimmy Schmidt. See him here too:

You might also have heard Lin-Manuel Miranda, aka Hamilton, aka the creator of Hamilton. He does the voice of Fenton Crackshell-Cabrera / Gizmoduck / Sheriff Marshall Cabrera in DuckTales (2018-2020)! He also plays himself in Curb Your Enthusiasm (2017).

3. This production was filmed live (mostly)

The majority of this production was filmed during stage play’s original Broadway run in 2016. It included the “majority” of the original Broadway cast. This includes all of the major roles – all the singing parts.

This production was filmed at the Richard Rodgers Theatre in New York City by the production company RadicalMedia over the course of three performances of the play. Most of this footage was originally captured to be edited into the 2016 documentary Hamilton’s America. Per Deadline, this new production also includes several “setup shots without an audience.”

2. This wasn’t the original release date

This production of the play, this filmed version, was originally announced to be released on October 21, 2021 – in theaters. Disney already owned worldwide rights to release the movie, so Disney would’ve had their name on the show regardless of release venue.

Largely because of the COVID-19 covid pandemic, this film’s release was bumped up. Because COVID-19 shut down Broadway, West End, and touring productions of Hamilton, the release was moved up – to a streaming release, since movie theaters were largely out of comission around the world. This 4th of July weekend is also the 244th anniversary of the original Independence Day in the USA.

When Hamilton speaks to Jefferson about “whatever the hell it is you do in Monticello” in the original stage play, he mimes smoking marijuana, but he does not do this (at this point) in the Disney+ version. A moment later he still says “smoking” and mimes the smoking anyway.

The original version has three f-bombs. This version has just one. This is the first “Disney Original” with an f-bomb. This is also the first Disney+ Original to be released with a PG-13 rating. The movie is up on Disney+ right now in its entirety.