Earlier this month, SlashGear attended a several-hours-long early gameplay session with Ubisoft for the game Watch Dogs. In this session we were given the opportunity to take a relatively in-depth look at how Watch Dogs is going to play out. Our demo session gave us ample time to investigate how we’re going to be customizing our character Aiden Pearce throughout the game, giving him hacking skills and abilities as we go.

UPDATE: We now have a full Watch Dogs review for you to peruse – the Skill Trees shared below remain consistent as far as we can tell!

Skills are earned with points you acquire as you do tasks and move through missions. There are four trees you’ll be moving through, including Hacking, Driving, Combat, and Crafting Items. Many skills require that you acquire the skills listed lower than them on the skill tree. 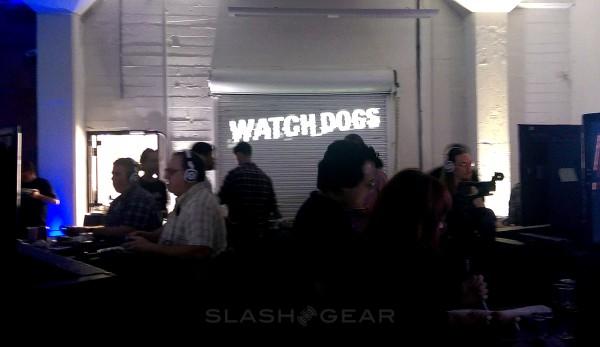 Descriptions listed are as they appeared in the PlayStation 4 near-complete demonstration copy of the game we were given access to by Ubisoft. It is possible, however unlikely, that some of these skills could change before the release of the game.

The Crafting tree is the smallest of the pack, splitting immediately into three branches – Focus Boost, Frag Grenade, and Jam Coms.

A: 1: Focus Boost (no description – allows you to press a button to slow down time and allow you to make decisions at normal speed, but faster than normal since everything else is slow – amplified in Combat skill trees).

B: 1: Frag Grenade. The frag (short for fragmentation) Grenade is an explosive that sprays a hail of shrapnel upon detonation.
2: IED (Improvised Explosive Devices) are high-powered explosives. Their heavy weight means they have a short throw range. Hack to detonate.
3: Proximity IED. The Proximity IED is an improvised explosive that will detonate when it detects movement.

Combat begins with “Quick Switch” allowing you to switch weapons with speed, and moves to Pistol Expert and Shotgun Expert, beginning to split into separate branches from there.

Hacking is split into several categories, including Traffic Lights, Utilities, and “Hackers Tool Kit.” Together they make a unique blend of mischief-making skills. 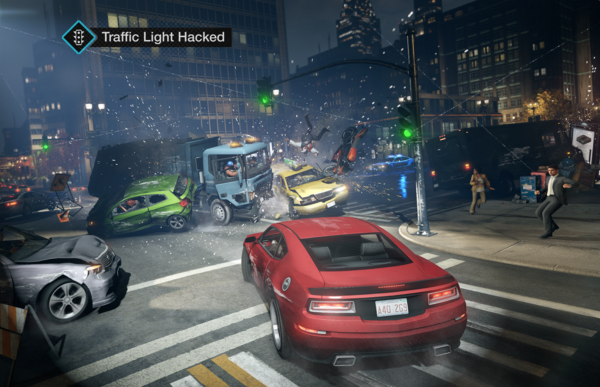 As sort of a “you get them no matter what” listing alongside your normal skill trees, you’ll find Noteriety Skills. These Skills will appear once you’ve gotten enough Noteriety points – only pulling the biggest heists and doing the greatest feats of hacking will bring you to these levels.

These are the bones of the game Watch Dogs. Here we’ve got the skeleton on which the game is built, and your character will grow and change. There are also weapons and some aesthetics you might change via your basic clothing selections as well.

Find out more about “customizations” in all their forms here in our chat with Watch Dogs Lead Gameplay Designer Danny Belanger. There you’ll find that Watch Dogs isn’t so much about aesthetic customizations as it is about customizing your gameplay experience.

Stick around for the rest of our early look series of articles on this game as well as our eventual full review. Also note that any gameplay you see in this article is indicative of highest-end PC action, not of any other platform.

NOTE: While it has been suggested by Sony that these bits are from PS4 gameplay, our best judgement is that these demoes were taken from a higher-end PC. PlayStation 4 gameplay wasn’t quite so nice (though above and beyond most) when we demoed it earlier this month. Check our Watch Dogs first-impressions article for further details.