Earlier this month SlashGear caught up with the Watch Dogs crew at Ubisoft, aiming to get out of them some hard answers on what they’ve done with the title over the past couple of years. Asked to describe the differences between what was shown at E3 2012 and what’s being shipped in 2014, Ubisoft’s Lead Gameplay Designer for Watch Dogs Danny Belanger suggested that it wouldn’t be a simple answer. “From us and from me, I can’t answer that with words,” he said, “I think you have to play it.”

“Only seeing it in action, only playing it will answer that question.” Belanger went on to note that “definitely 2012 was PC,” suggesting the presentation at E3 2012 was a representation of highest-end graphics processing abilities, going on, “so there’s a lot of hardware considerations [as well.]” 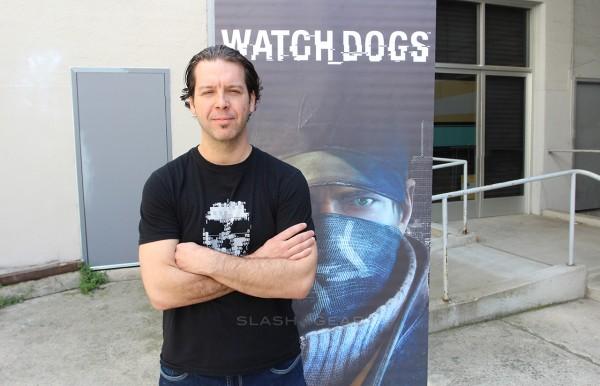 Belanger continued by complimenting the tenacity of the gamers that would compare graphics from one presentation to the next, but reminding them at the same time that it’s the larger picture that matters, not each pixel.

“First, I really like the passion of the games industry. You don’t get that anywhere else. The analyzing – I think that’s great. It’s taking a single shot, taking a small piece, that does not represent the game.” 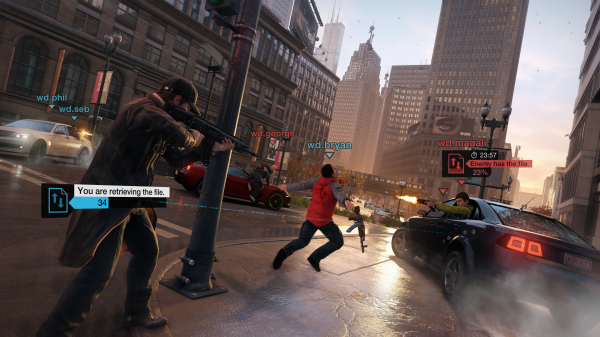 NOTE: the image above does not match gameplay we’ve experienced thus far (we’ve played on PlayStation 4). Instead it can only be either modified PC gameplay or an image generated in ideal circumstances.

ABOVE: game demo video from Ubisoft from back in June of 2012 – this is the first game demo of Watch Dogs. BELOW: NVIDIA’s latest take. This is a demonstration of what’s possible – again – on a highest-end PC. It’s the closest you’re going to see today of real-deal Watch Dogs gameplay on the PC.