Watch Dogs is a game which exists as both a single-player and uniquely multiplayer entity. Because of the way multiplayer comes into play on this game, the multiplayer trend popular in many other online games – character customization – is akin to dressing up a ninja in reflective orange and chrome. Chatting with Ubisoft earlier this month we had the opportunity to ask Watch Dogs Lead Gameplay Designer Danny Belanger to what extent customization plays a role in this title both online and off.

What efforts were put into the game for the customization of a player’s own unique character, you might be wondering? As Belanger makes clear, “customization in Watch Dogs will be fairly light.”

“It’s not purely about the look, it’s more about what you want your character to do.” Belanger suggested that even the different clothing choices you’ll see popping up in the game – the only aesthetic choices you’ll have for your in-game representation – are simple. “We didn’t want it to be too far from the tone of the game.”

Choices for a players look are nowhere near what you’ll find in a game like Saint’s Row – a game in which you can dress like a bishop, a stripper, or a furry puppy. In Watch Dogs your choices are wide in color and material, but small in actual attire variety. You’re choosing the color and material of your trench coat, hat, sweater, and mask, but you still have the same lot of items throughout the game.

Below you’ll find a variety of descriptions of threads you’ll be able to choose at the in-game store “Techture Patch Clothing.”

The Vigilante gear is the set of clothing you’ll see in most, if not all, demo material and advertisements. You’ll see it in the image immediately following this sentence, as it were. 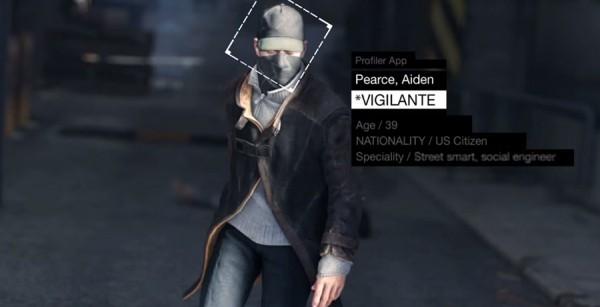 These are only a few of the 40+ choices in clothing combinations you’ll be able to choose in the game. Each outfit is available for in-game cash, similar to how you’ll purchase guns and ammo in the game. As far as we know, no aesthetic customizations will be for sale for real cash transactions in Watch Dogs.

Customizations come instead in the form of what Belanger describes as an environment which “adapts to the player, in a sense. Every action you do, including in your car, what you do inside your car. With tools – there are a lot of tools – there’s a lot of power there to craft your experience.” 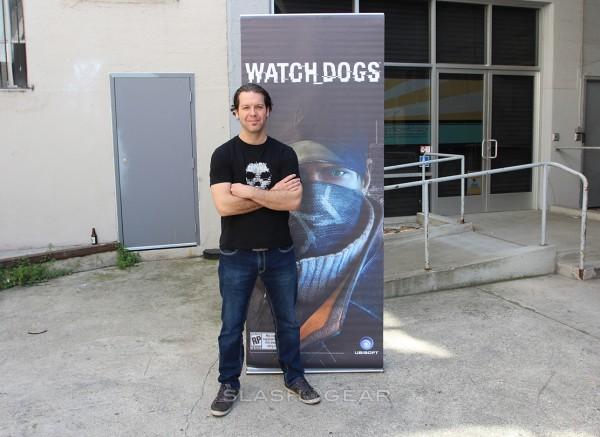 Have a peek at our Watch Dogs tag portal as well as our recent Watch Dogs early Review to check out a closer look at skill trees and how you’ll be customizing your version of the main character soon. He’s always Aiden Pierce, but he’s your Aiden Pierce, and that’s what counts.

NOTE: This chat is one part of an extended interview with Belanger – several other parts are included in the timeline of links below.