In a recent press release, Aston Martin and Brough Superior unveiled a short video clip of the AMB 001 in action. “This is what we believe a cutting-edge motorcycle should be. The finished product is a truly beautiful motorcycle; a design and engineering work of art,” said Marek Reichman, Executive Vice President and Chief Creative Officer of Aston Martin. “Everybody involved has managed to make tremendous progress with the development of AMB 001, despite the challenges we have all been facing.”

Dynamic testing of the AMB 001 is currently underway at the Pau-Arnos racetrack in France. Although the prototype model is draped in traditional Aston Martin camouflage, it’s not hard to discern the plethora of luscious details all over the bike. “This special motorcycle is, like our road cars, the result of beautiful design melding with modern technology to produce a bike that any collector will be proud of,” added Reichman. 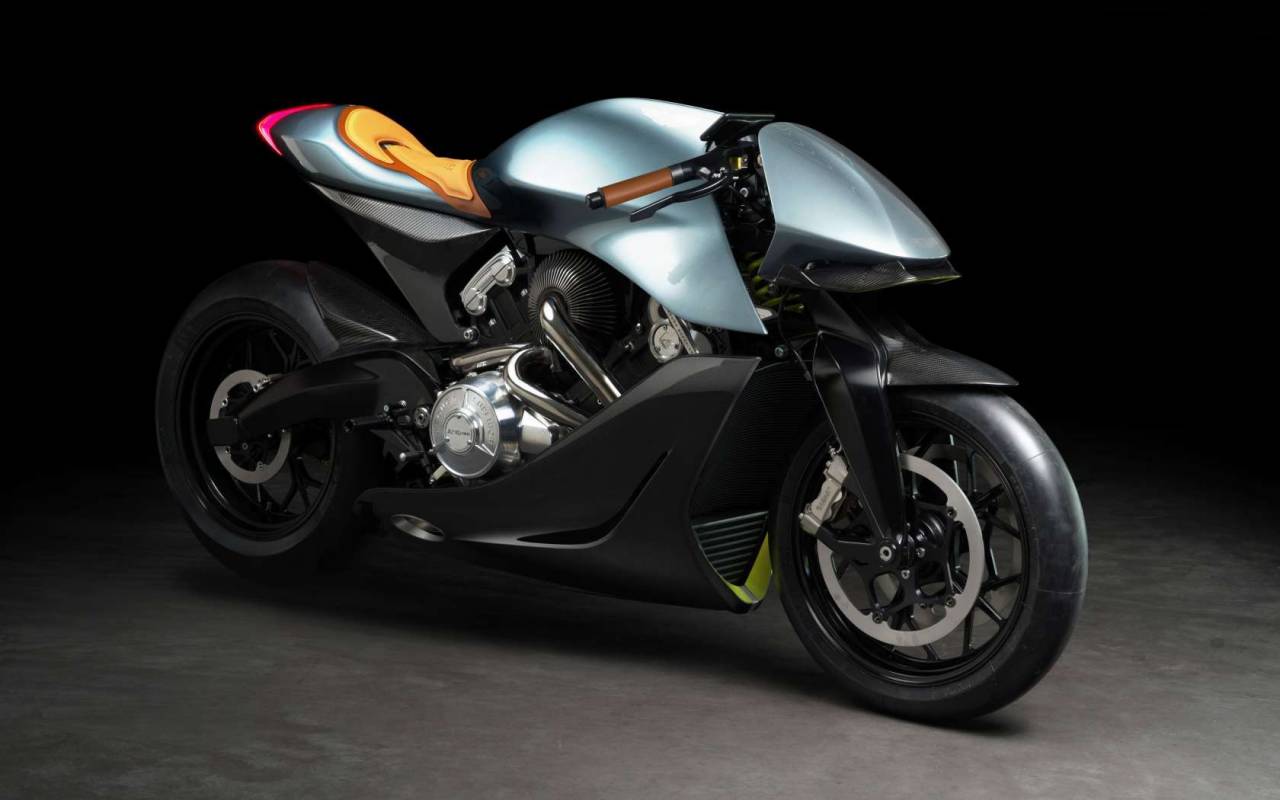 The AMB 001 is a serious track monster. Built using the finest blend of titanium, billet aluminum, and carbon-fiber materials, the AMB 001 marks the first time Aston Martin’s iconic wing badge is plastered on a two-wheeled motorbike.

It has a double-wishbone front suspension and a unique carbon-fiber fin design running along the gas tank and under the saddle. “The body holding the fin and supporting the saddle is one of the areas where we called on the unique knowledge of Mecano ID, who joined the project to apply specialist aerospace-quality carbon-fiber skills to the exclusive AMB 001,” said Thierry Henriette, CEO of Brough Superior. 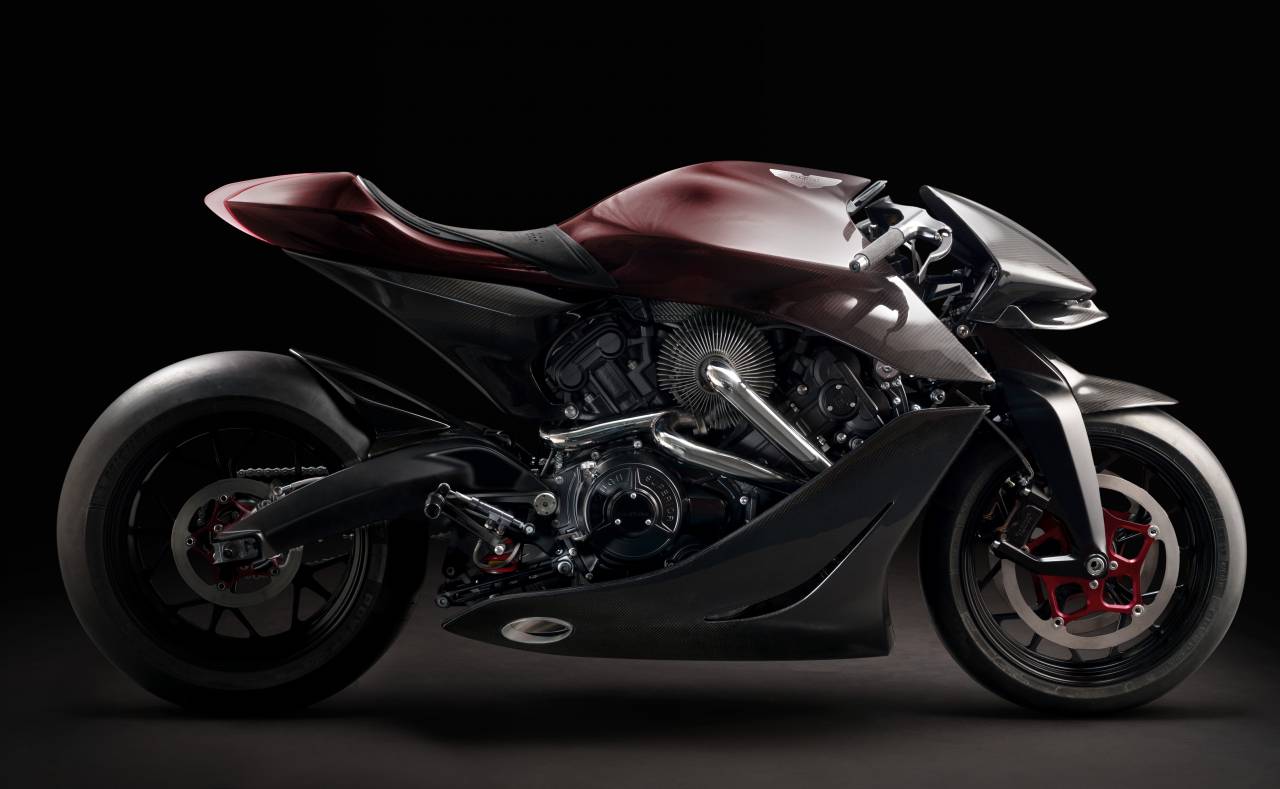 Of course, superbikes demand tons of usable power and torque, and the AMB 001 has both in spades. Powered by a turbocharged 997 cc V-twin motor, the AMB 001 is the first turbocharged motorcycle by Brough Superior. Equipped with a variable geometry turbocharger, an intercooler, and a six-speed transmission with an APTC clutch pack, we’re expecting the AMB 001 to blitz the racetrack at mind-boggling speeds. 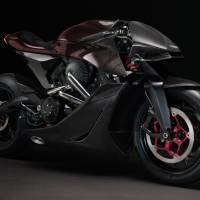 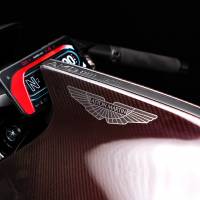 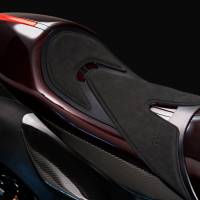 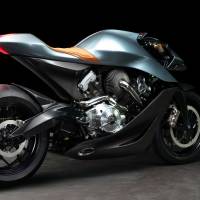 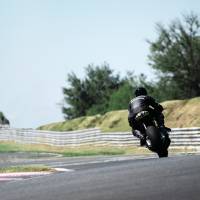 Production of Aston Martin and Brough Superior’s AMB 001 will commence this autumn at the latter’s factory in Toulouse, France. Base prices start at €108,000 (including 20-percent VAT) or roughly $120,000.