Bear with me here, the following journey down this game control rabbit hole is worth the mental gymnastics. The folks at the game company Games Workshop hold the license to the game Warhammer 40,000, AKA Warhammer 40K. This game universe is best known as a tabletop game, complete with massive amounts of paint-it-yourself parts that’ve become more successful than ever during the COVID-19 pandemic.

Game publisher Focus Home Interactive worked with Games Workshop to license Warhammer 40K story elements to create the game Necromunda: Hired Gun. This is a game that takes place in the Warhammer 40K universe. This game will be released soon on PlayStation 4, PlayStation 5, Xbox One, Xbox Series X, Xbox Series S, and PC on June 1, 2021.

Above you’ll see the first major “reveal trailer” for the game Necromunda: Hired Gun. In it, you’ll get a peek at the intense action and bullet-riddle madness that’ll make this game worth a play. If everything we experienced in the best FPS ever made remains just-as-fun here in Necromunda, we should have a winner on our hands. Wall running aplenty – moving all around the map for the win!

But here’s the thing – this is the part that makes this game look like it’s going to be above-and-beyond the pale… in a good way? You’ll get to control a bionic dog. As Kotaku notes, the “cyber-mastiff” will be controlled by the user with a rat-shaped chew toy. This is going to be beyond strange. 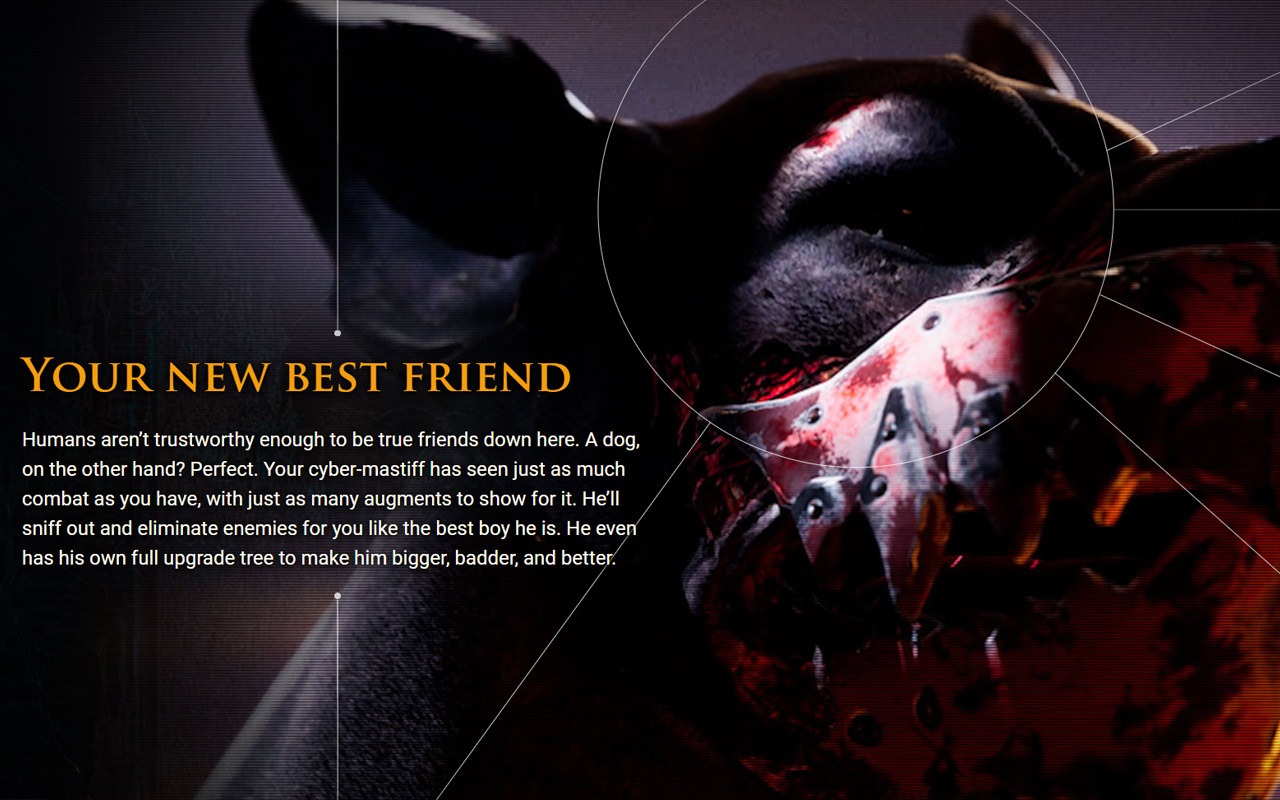 The screenshot you see at the head of this article comes from Streum on Studio and Focus Home Interactive, the folks developing and publishing this game. It feels like the first time we ever played Unreal Tournament, or DOOM. It’s weird. It’s sort of disturbing. It’s exactly what we needed to get interested in a game that might otherwise have been lost among the shooters.

Cross your fingers this game is everything it professes to be. We’ll be playing as soon as possible – squeaker rat right out the gate!