The Wacom Cintiq 27 QHD Touch is what I expected the high end of the digital illustration device world to be. It doesn’t feel as “magical” as the iPad Pro, but it’s a whole lot more powerful – and professional. It feels like a real professional piece of equipment, something that’s been perfected over several iterations – a tool that a top artist would buy again and again. While (as always) there are some changes I might make if I wanted the ideal touch- and pen-friendly display/tablet, at the moment, this is as good as it gets.

I originally requested to test the Wacom Cintiq 27 QHD because I wanted to compare it to one of the most well-known tablets for illustrators at the moment – the iPad Pro. I wanted to see how similar they were.

I really like the iPad Pro – it encourages me to be creative on the go. I use it when I go on long flights or long car trips (when I’m not driving, of course), and it allows me to do more than just sketch – I can make real works of design and art on it that can actually be used in print, on the web, and on clothing, if that’s what I’m aiming for.

ABOVE: The Wacom Cintiq 27 QHD Touch with included Pro Pen.

What the iPad Pro doesn’t do is offer me a large view of what I’m creating.

It’s a big tablet, sure, but when I want to create something that’s poster-sized, I’m forced to rely on zooming in and out to edit and re-adjust.

That’s where the the Wacom Cintiq 27 QHD comes in. Not just because of its larger size – that’s just the first reason I wanted to try a higher-end machine. The Cintiq 27 QHD surprised me, too.

I expected that a larger piece of equipment like this would have its price, for example, justified by features. It most certainly does. 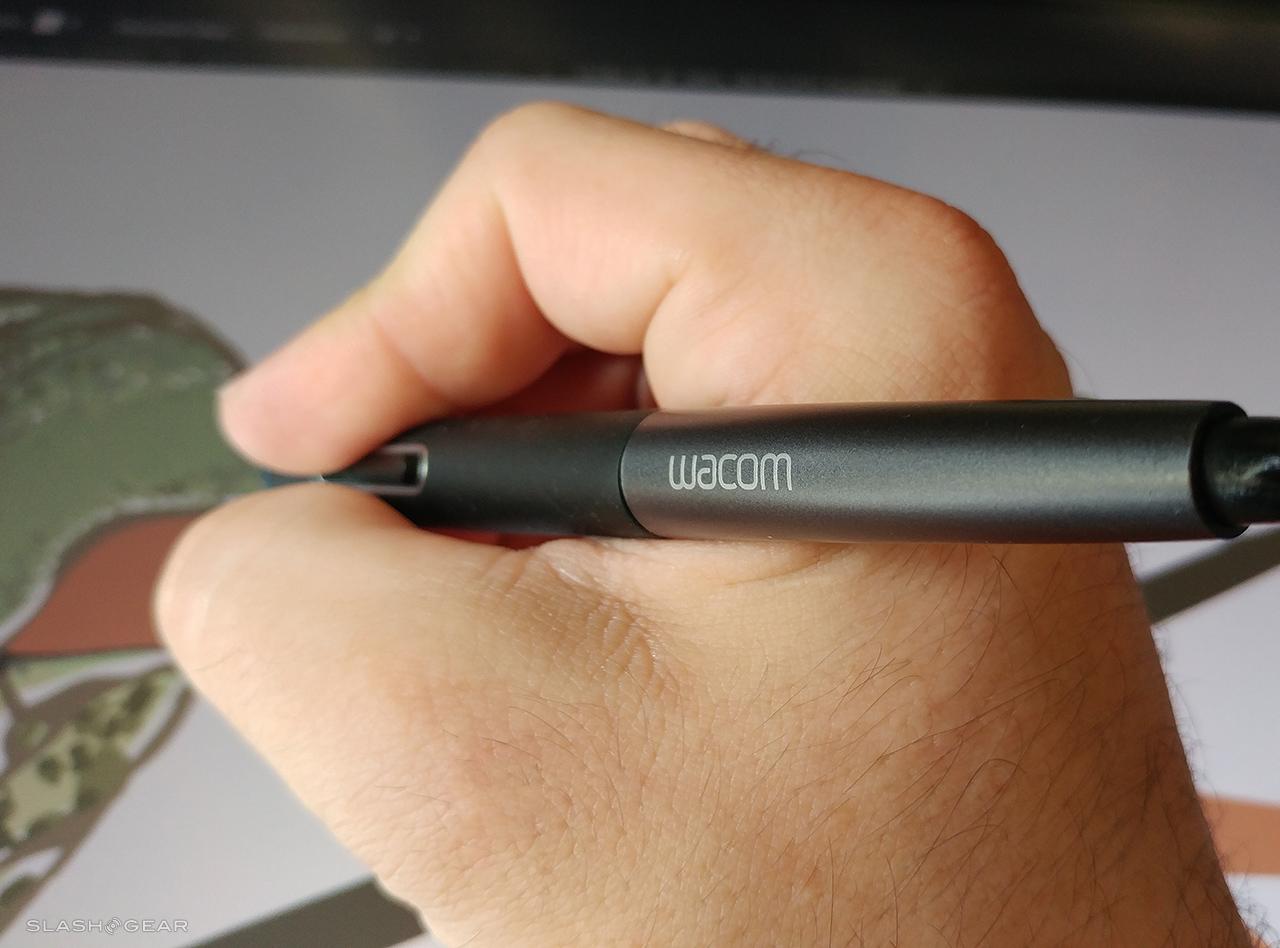 This Cintiq feels natural to use.

It allows me to be creative without hassle – as it should – but it’s also become a tool that I prefer using. I don’t feel at all hindered by the abilities of this pen display.

Older Cintiq units from Wacom used hardware buttons for controls. This one has a couple of buttons that are touch-sensitive and built in to the front panel, but most controls are relegated to the ExpressKey Remote.

This device is made of metal, some hard-press buttons, and some slightly more rubbery. A bunch of pre-set button assignments are built-in, but you can set your own, as well.

The button I use most often is the “undo” button when I’m illustrating something – I often get carried away and need to move back a few steps. Having this remote – which can rest at the border of the display magnetically – is a godsend. 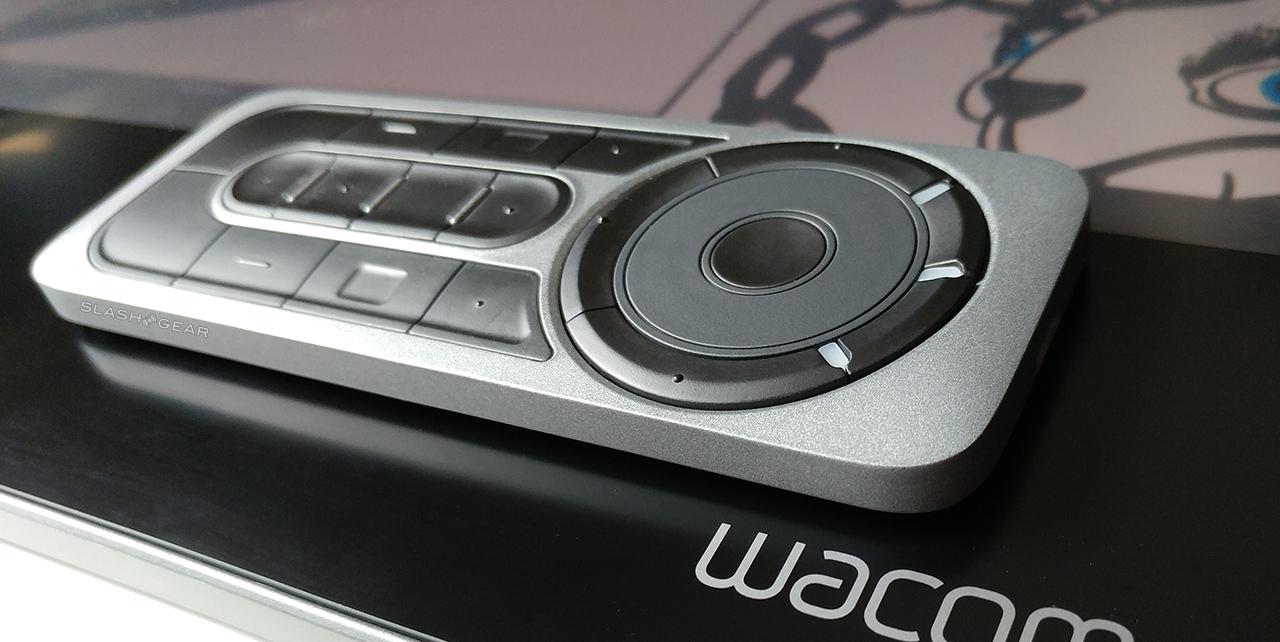 The display on this machine is 68.6 cm (27 inches) diagonally and works with QHD resolution. That’s 2560 x 1440, likely somewhere around what your smartphone works with if you purchased it new within the last couple of years. 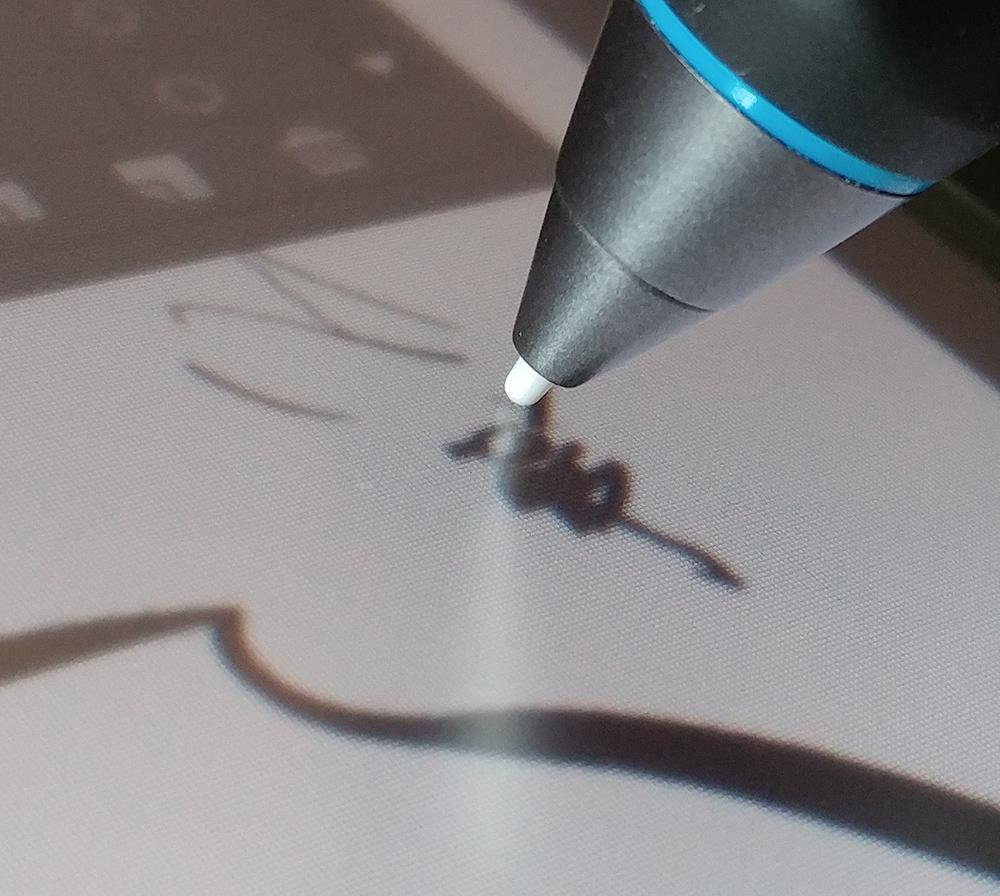 My only complaint about the display is that I wish it were fused with the glass. I’ve gotten used to seeing no gap between the touchscreen and the glass on smartphones and smaller tablets made by companies like Samsung and HTC.

It took a little getting used to the idea that the stylus tip wasn’t going to be indistinguishably close to the digital ink I was lying down. 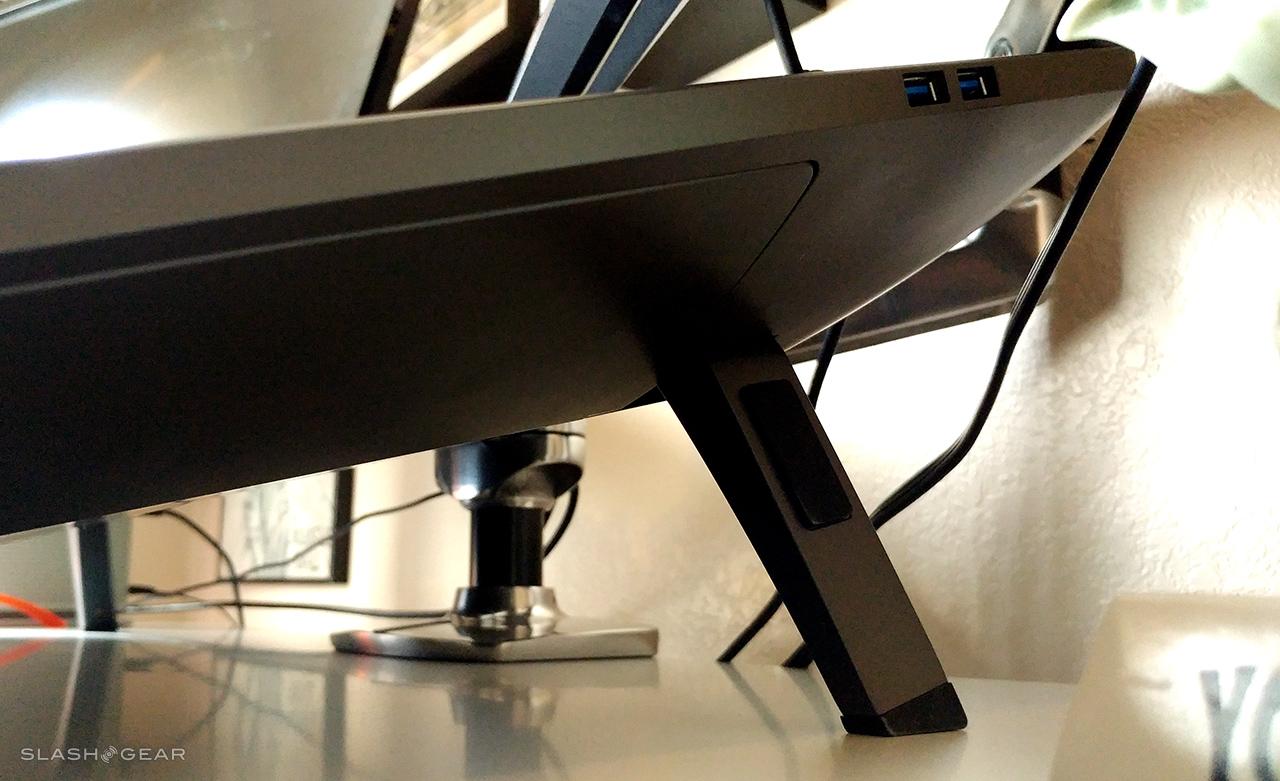 Around the back is a set of legs which allow between 5-degrees and 20-degrees of tilt of the display. The back of this device is not flat – it has an angle to it, so you’re always going to want to be on the natural “bottom” of the display whilst computing.

Users can purchase a stand from Wacom to adjust the display further – but we’ve found no great need for such a thing thus far.

The Wacom Cintiq 27 QHD creative pen and touch display is a masterpiece in design engineering, one that reminds us why those at Wacom are considered the top minds in this field. I could find reasons to complain about certain elements – the entire unit weighing in at 19.8-pounds, for example – but as always, Wacom have created the best in digital illustration technology yet released. There’s really no other device that does the same thing this unit does better.