The truck market is booming right now with mid-size trucks from Ford, Chevy, Nissan, and Toyota fighting to be the top dog in the segment. VW has announced a new concept truck that has made its world premiere in São Paulo, Brazil called the Tarok Concept. VW has already said that a production version of this concept will launch in Brazil “soon” with “barely any changes” from the concept vehicle.

The most notable thing about the Tarok Concept truck is its unique bed configuration. The five-seater truck has a back seat that can fold flat and a tailgate that opens to create one continuous bed that is a bit over 9-feet (2775mm) long. That is a bed longer than most mid-size trucks offer to allow users to haul things that most trucks in the class can’t handle.

VW notes that the Tarok concept is a “lifestyle-oriented design” rather than being positioned as a workhorse of a truck. VW aimed to combine the style elements of an “urban SUV” with an “authentic off-road design.” The Tarok Concept can support a payload capacity of nearly a ton.

Power for the concept is a 1.4L 110 PS four-cylinder TSI engine supporting TotalFlex Fuel with the ability to burn pure ethanol or an E22 blend. The engine is mated to a 6-speed automatic, and the ride has permanent 4Motion all-wheel drive. 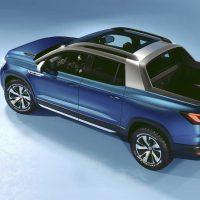 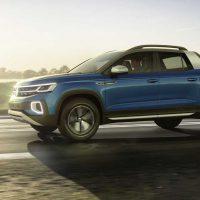 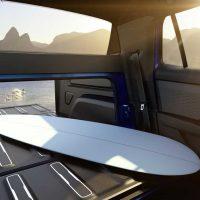 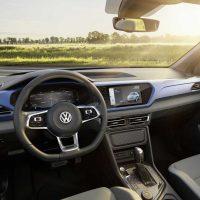 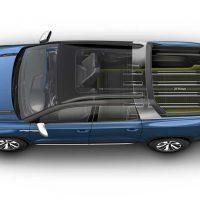 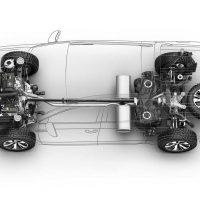 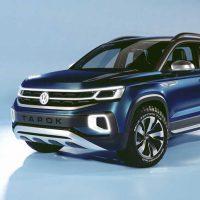 While a production version of the truck is only promised for Brazil right now, VW notes that the truck has the potential to boost the model range in other global markets. It appears to be a nice competitor to the Honda Ridgeline, but it would be a surprise to get the Turok in the States. The series model will use a 2.0L turbo diesel engine making the same power as the concept’s TSI gas engine.