Volkswagen has brought a pickup truck concept to New York, with the Atlas Tanoak teasing just what the automaker could create if it thought there was a market for it. VW’s second Atlas-based concept of the week – the first being the Atlas Cross Sport Concept – the Atlas Tanoak is named after a Pacific Coast tree known for its immense height.

It’s length, though, which sets the Atlas Tanoak concept apart. Based on the same MQB architecture as the current 7-seater Atlas – among many other VW Group cars – it’s been stretched in the wheelbase to 214.1-inches long. That’s almost 16-inches longer than the regular SUV, putting it firmly in the midsize pickup class. 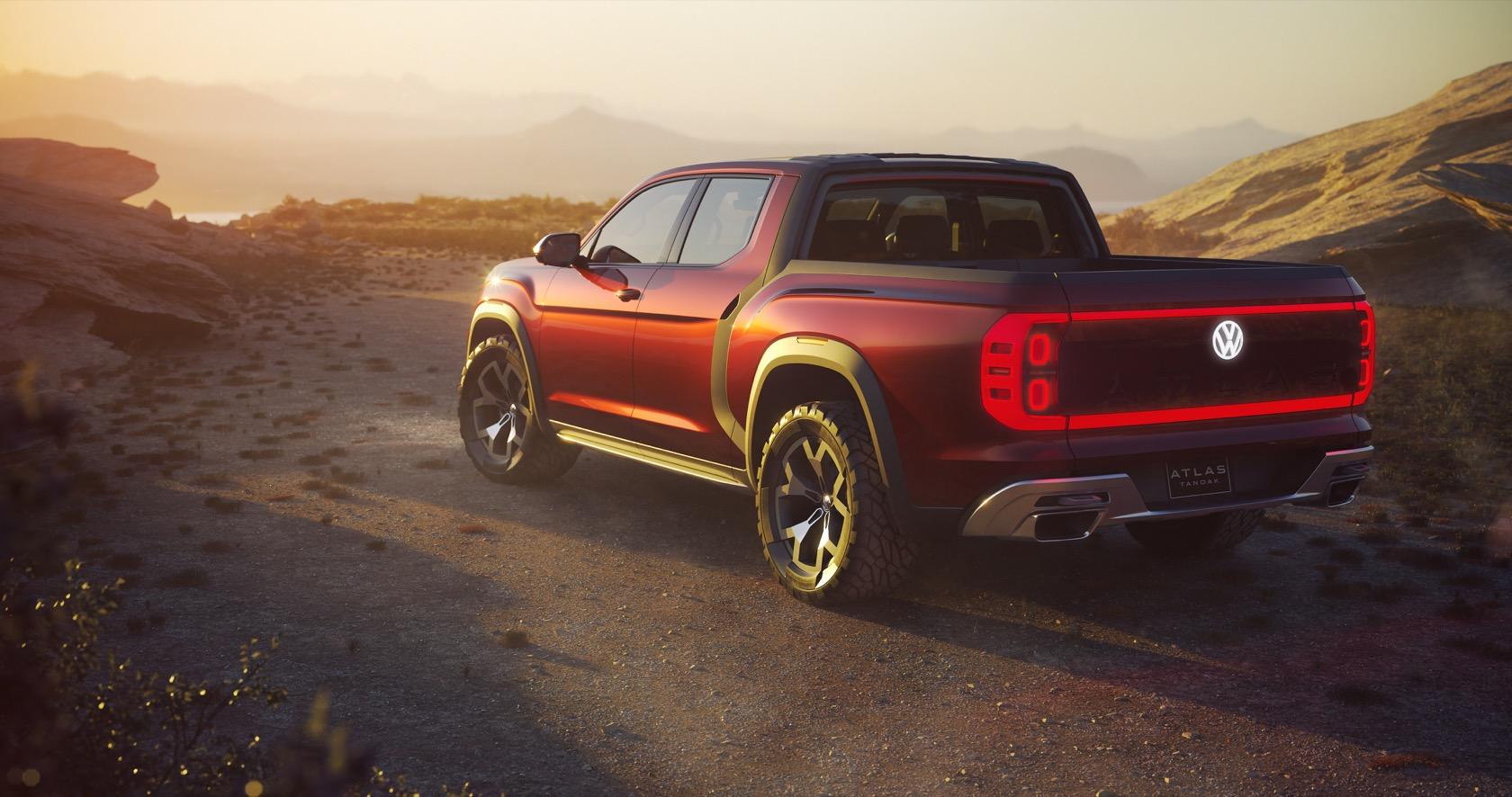 At 79.9-inches wide and 72.6-inches tall, with a 128.3-inch wheelbase, it’s roughly the same size as a Ford F-150. Compared to the regular Atlas it’s been lifted 2-inches, giving a total 9.8-inches of clearance. Behind the dual-cab there’s a roughly 64-inch long bed, with an integrated rail that can slide its length and be used to carry ladders and other longer cargo.

Inside, there’s seating for five, with sport seats at the front that are designed to be more supportive in off-road use. The rear get unusual individual seats. A sizable touchscreen has taken on the infotainment, HVAC, and other settings, located high up on the dashboard, and Volkswagen’s Digital Cockpit is used in place of traditional analog gages for the driver. Ambient lighting switches between yellow for off-road use, or blue for city driving. 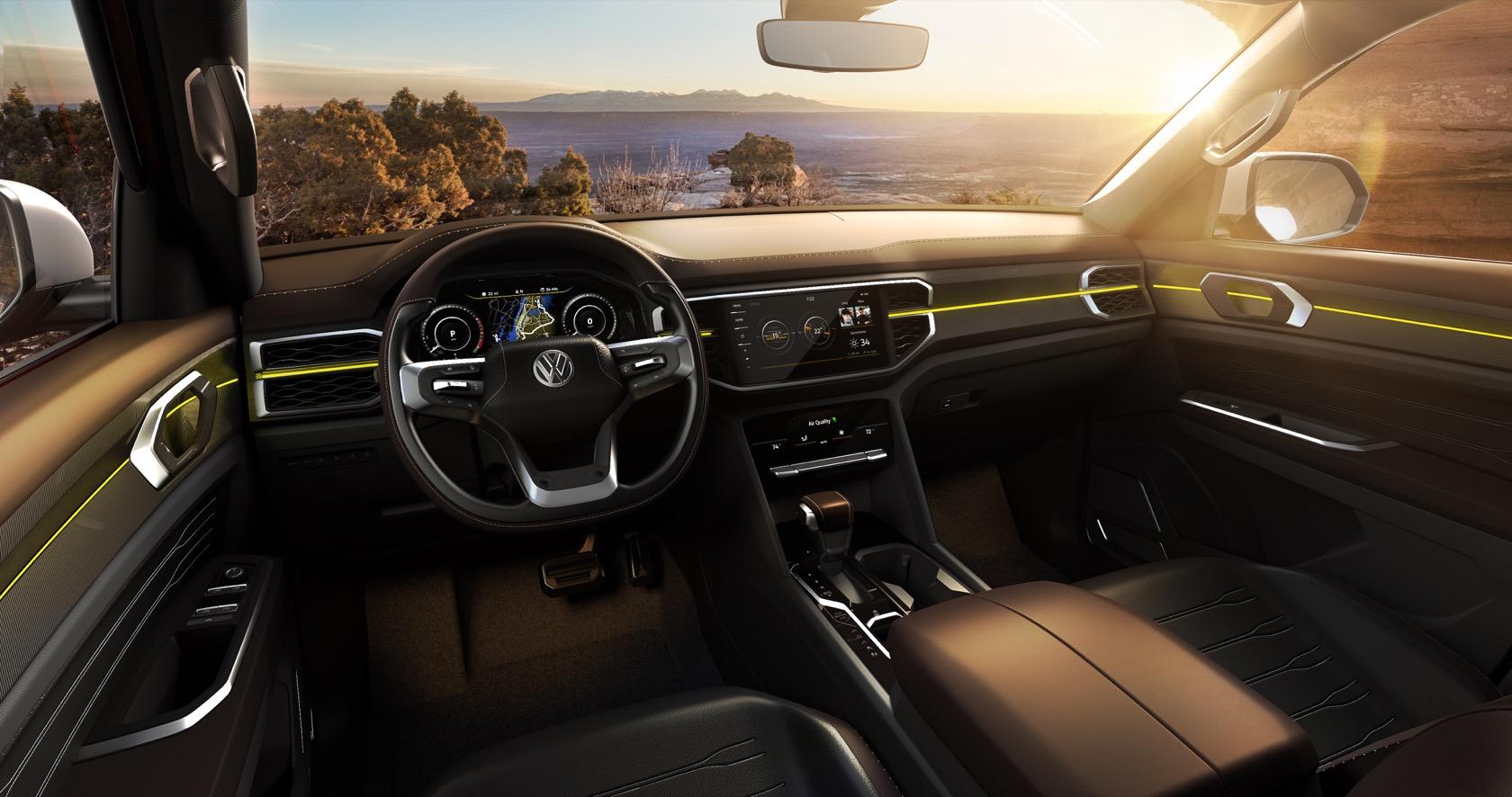 In the center console there’s a new shifter for the eight-speed automatic transmission. It’s also where there 4MOTION with Active Control selector is located, a metallic slider that VW designed to be usable even if you’re wearing thick work gloves.

The powertrain itself is based on VW’s 3.6-liter V6, with 276 horsepower and 266 lb-ft of torque. All-wheel drive is standard, with multiple drive modes for different surface types; there’s also a low-range gear reduction mode. 0-60 mph comes in 8.5 seconds, VW says. 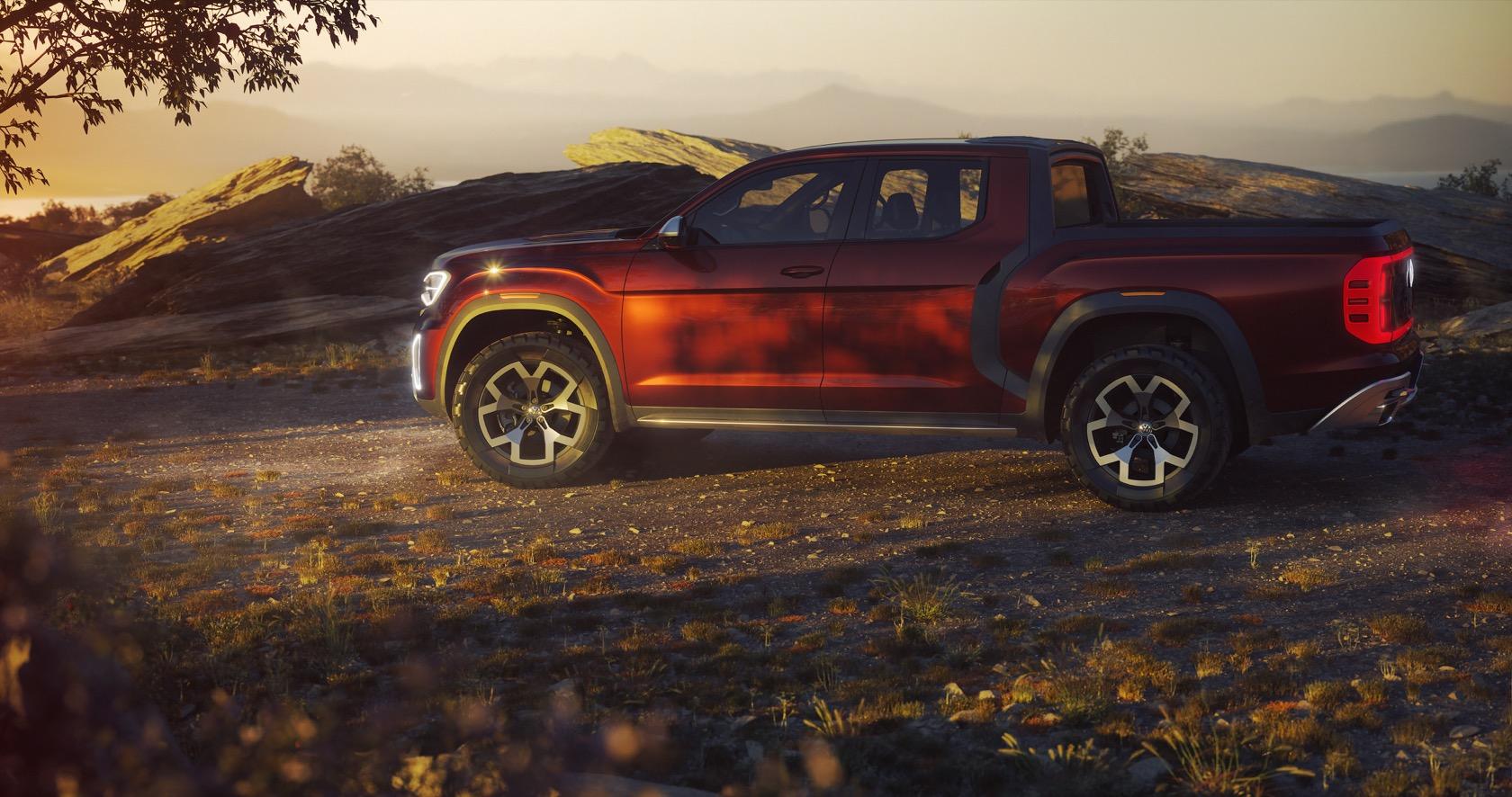 Outside, it’s markedly different from the regular Atlas SUV, from the 20-inch, 275/55 shod wheels up. A more rugged front gets round LED daytime running lights that extend into the side profile, while the hood bulges in the center. The grille is new, too, and there’s more rugged underbody protection with an integrated winch and carabiner.

Animated lighting has been implemented, with the VW logo brightens when the Atlas Tanoak is unlocked. Eventually, the light overflows into the grille’s two crossbars, and then to the headlamps. Wheelarch extensions get integrated side marker lights. VW’s designers have almost hidden the rear doors, integrating the handles into the C-pillars. The rear fenders, meanwhile, are far more flared than on the Atlas SUV. 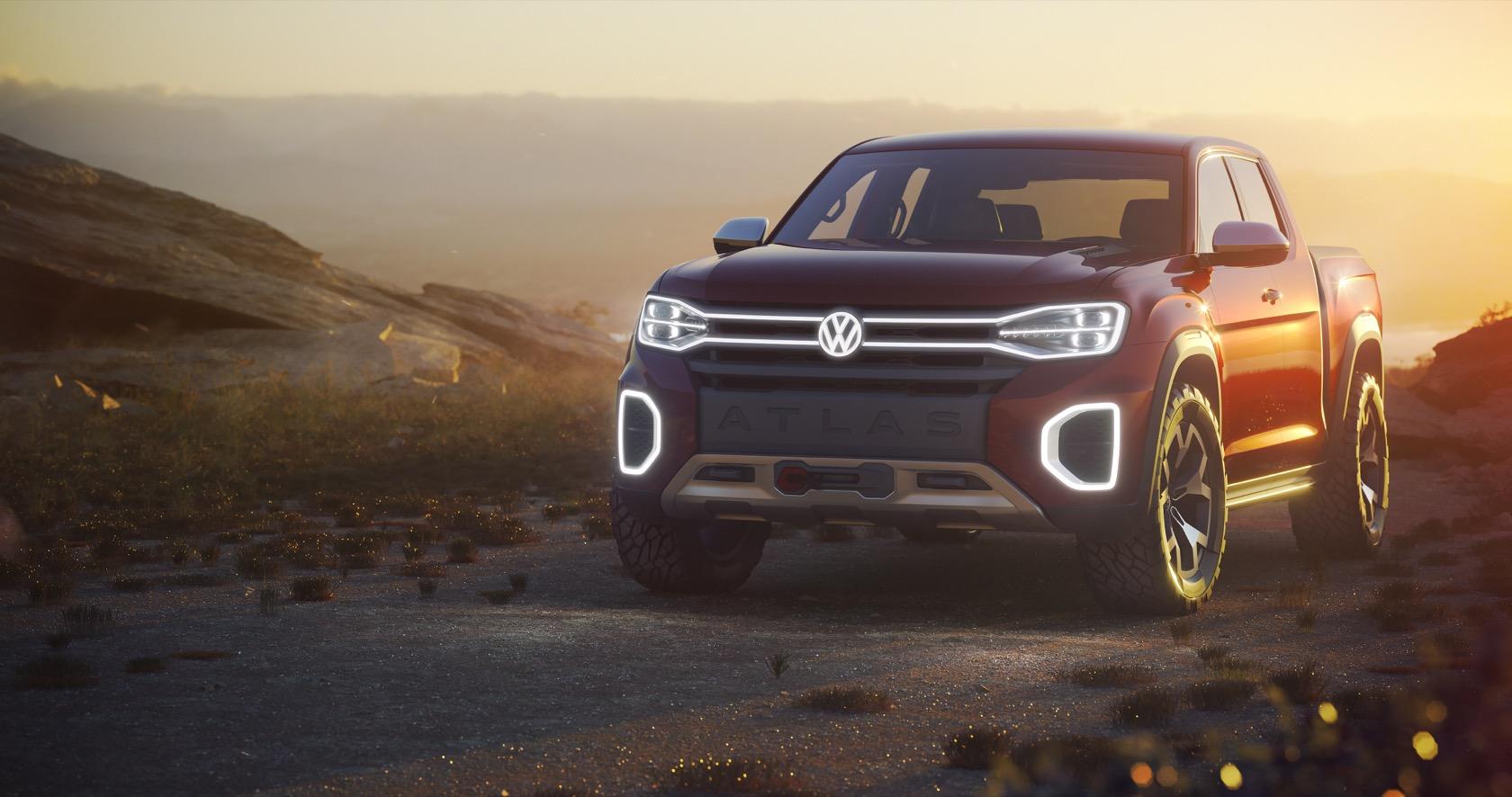 As for the tailgate, when opened that extends the bed by a further 26.1-inches. It also has animated, wrap-around lighting, with red LED strips that transmission into the taillights. Again, the VW logo glows white, matching the cargo bed rail LED strip which serves as handy illumination. Two tow-hooks are fitted, one above each tailpipe.

Unfortunately, if this particular pickup has tickled your fancy, you shouldn’t hold you breath over finding it in your nearest VW dealership any time soon. Currently, the automaker says, there are no production plans for the Atlas Tanoak. However, “Volkswagen is keen to gauge the reactions of buyers and media,” the company points out, “since pickup trucks are one of the biggest volume segments in the U.S.”