This week the 360-degree camera known as V.360 can officially enter the virtual reality space. The developer team at VSN Mobil have updated their V.360 controller app, allowing it to show images and video with full 360 vision. That means you can view the photos like you’re inside the camera with a pair of virtual reality goggles on – turn your head to see any one of the 360 degrees of photo or video around you. This works for still images, video, and live surveillance.

Still images consist of a straight-on view in three hundred and sixty degrees around the camera. This means you’re not able to look up nor down. This is the limit of this camera. What you’ll want to use it for is the convenience of taking such a shot without worrying about stitching the panorama you receive together – because there’s only one photo. 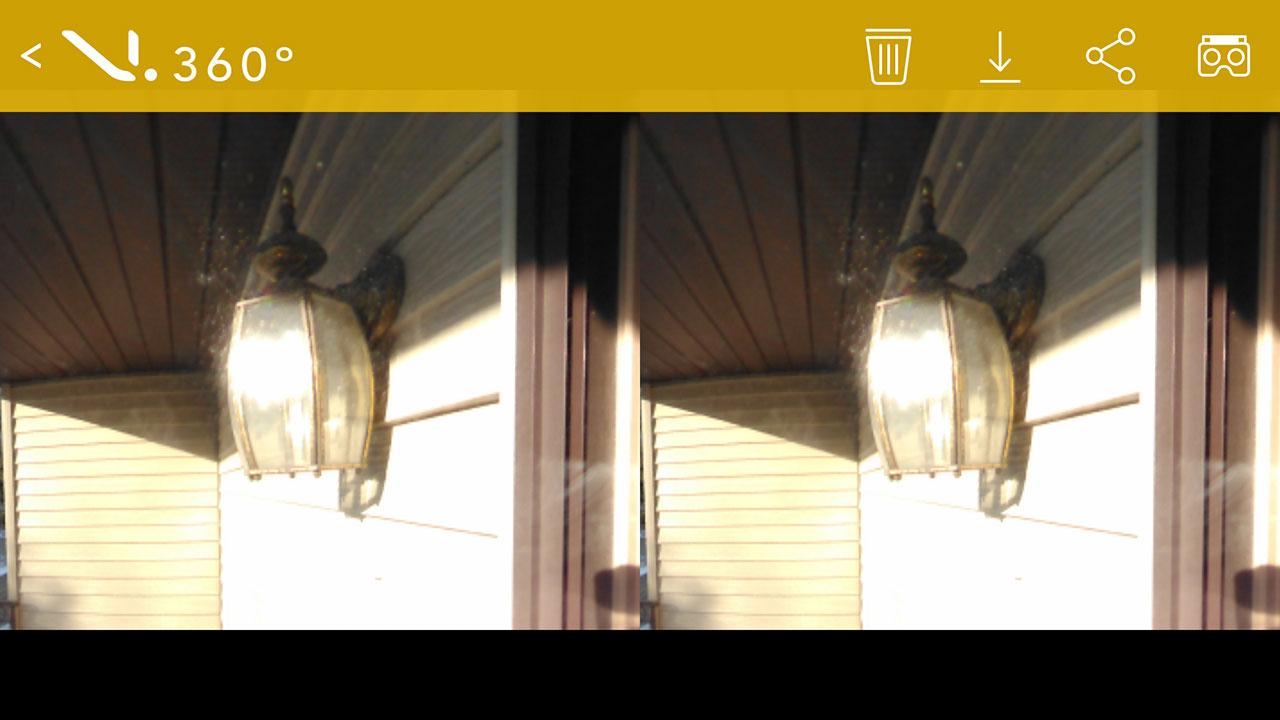 What you’ll be able to do from this week forward – with the media you capture – is look at it in a virtual reality space. With the V.360 mobile app, you’re able to tap the Cardboard icon in the upper right-hand corner of your screen – provided you’re in landscape mode – and begin to view at will.

Viewing requires no additional controls as your head is on a swivel.

You can view still photos like this. You can also view videos you’ve captured. Have a peek at our original [V.360 camera review] and see how cool it is to watch a video with 360-degree control. Now imagine you’re able to turn in any direction to look with your head. 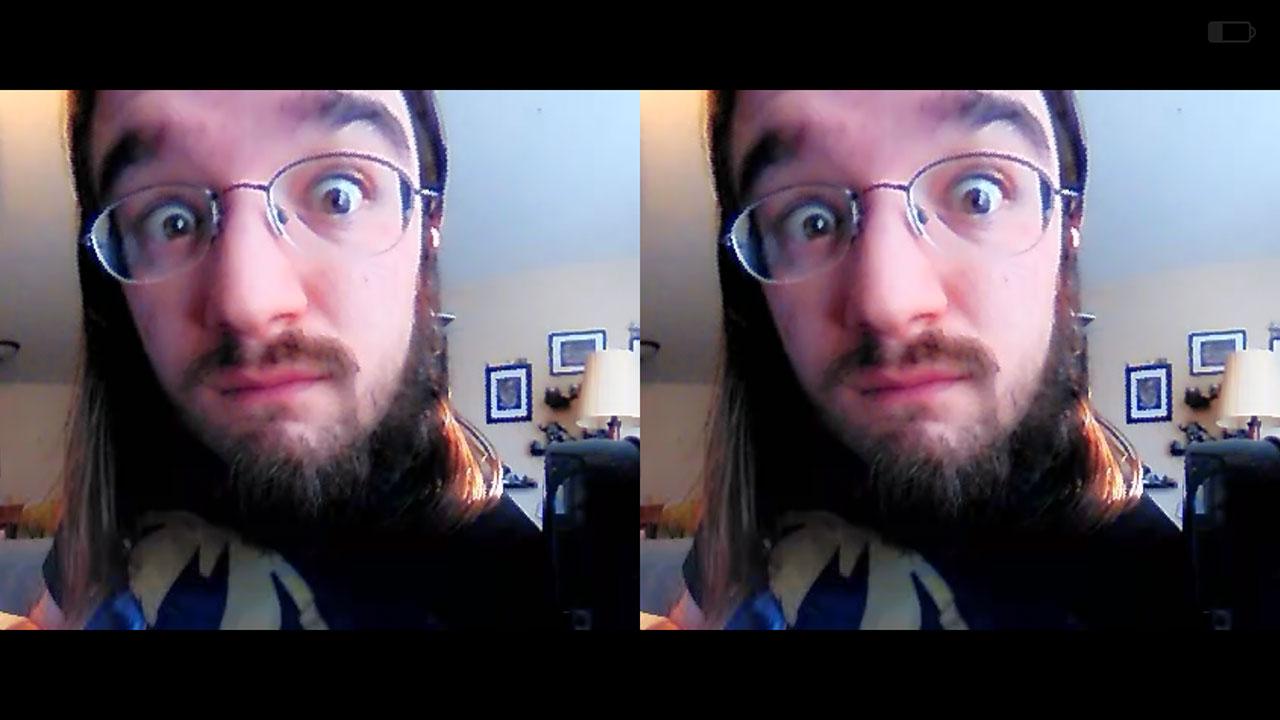 The piece of this puzzle we were hoping for the most is here as well – you can watch a live event with this setup. Sit in one room and place the camera in another. Just so long as they’re able to connect via Wi-Fi, you can view 360 degrees of live feed.

Unfortunately this connection does have some lag – it’s about half a second delayed – but it’s radical nonetheless. At-home virtual reality 360-degree surveillance at your fingertips.

This is just the beginning – the team at VSN Mobil are also in the process integrating/pursuing options for Gear VR and Oculus Rift as well!

Stay tuned for more – we’re not done with this camera yet!