Volkswagen is lighting up over-the-air (OTA) updates for all of its ID electric models, expanding what had until now been a trial with the promise of new firmware delivered without owners needing to visit a dealership. The first VW OTA update for EVs will be released from today, the automaker confirmed, though not every software package will be a free upgrade.

VW has been testing OT updates with its opt-in “ID. First Movers Club” until now, giving those EV owners willing to be guinea pigs a chance to try out the cutting-edge firmware for their cars. Now, though, Volkswagen says it’s ready to roll out OTA support fleet-wide.

That so far means the ID.3, ID4., and ID.4 GTX EVs, not all of which are currently available in the US market. At the moment, American drivers only get the ID.4 electric crossover, with the other EVs offered in Europe currently. In due course, VW plans to release an electric microbus, the ID. BUZZ, along with a larger electric SUV, the ID.8.

The first OTA update – known as ID. Software 2.3 – will tweak some of the existing EV features, as well as add new ones. The ID. Light, for example, is being updated: the LED strip that runs along the base of the windshield will be able to show different status updates depending on drive mode. Different colors will highlight economical driving, while it’ll also be used to communicate status of the adaptive cruise control system. 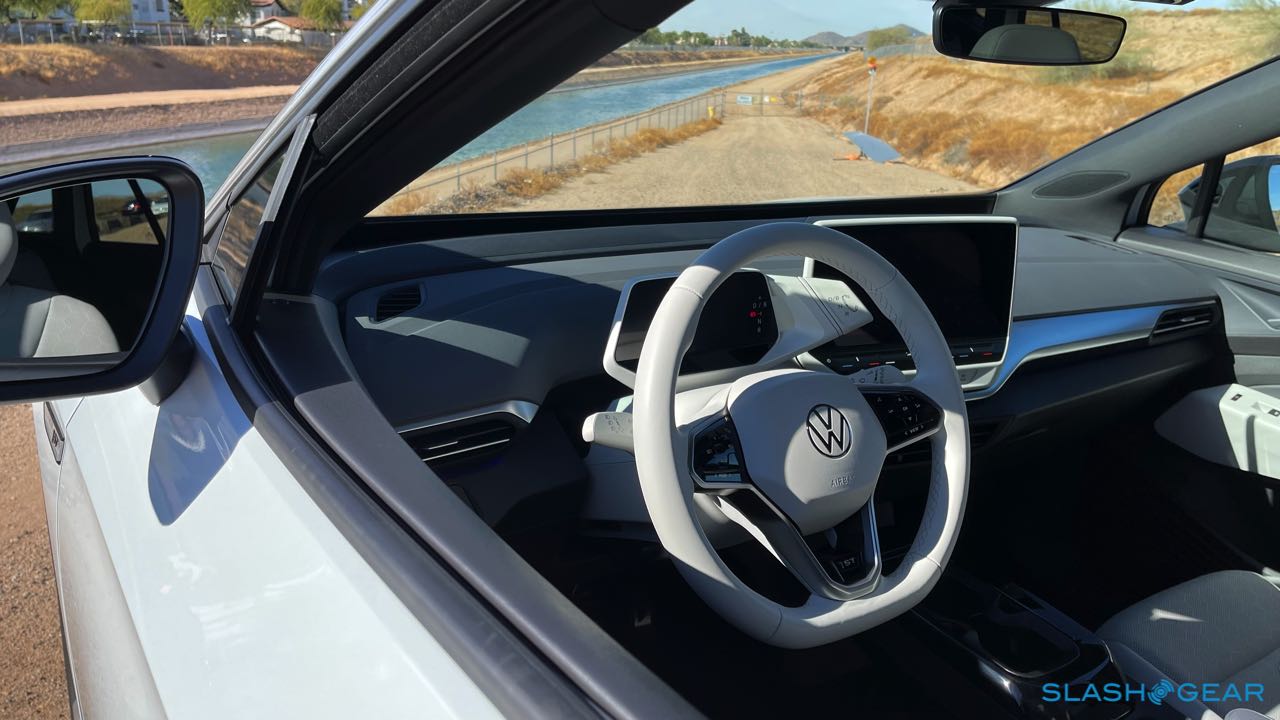 The multifunction camera, meanwhile, has also been massaged. VW says it can now spot motorcycles and other road users more rapidly, thanks to an image processing update. Night performance has also been improved.

Dynamic main beam control has been upgraded, on ID. models with the feature installed. VW says the v2.3 software will improve how the car can control the headlamp spread.

In the cabin, there’s an update to the digital dashboard graphics. There, Volkswagen says that feedback from the earliest ID. owners helped shape the changes, describing the new UI as “calmer and clearer, with more intuitive operation.”

OTA updates have been an increasing topic of focus for automakers in recent years, a shift driven in no small amount by Tesla’s efforts there. Where once a car would effectively be finalized when it left the factory, and unlikely to change significantly after that, now there’s a growing expectation that new features will be added – and existing features improved – over time. OTA support means that process can take place without the owner needing to book their car into a dealership, though it does require the vehicle’s architecture be designed to support that degree of connectivity and flexibility.

While this first update from VW will be free, the automaker is also looking to how OTA upgrades could be monetized in future. Free software should come on average every twelve weeks, Volkswagen says, but there’ll also be “new, data-based business models.” The company is predicting the potential for hundreds of millions in additional revenue by offering post-purchase upgrades to features like Travel Assist, improved battery performance, or automated driving when that feature is deemed ready for primetime.