There’s no easier way to make car lovers swoon than a vintage Volkswagen Type 1 microbus or Kombi. In this case, you’re looking at the VW e-Bulli concept by eClassics. It’s a 1966 T1 Samba Bus produced in Hannover, Germany. As it turns out, this Type 1 microbus spent the better part of the last half-century roaming the streets of California. And now, VW and eClassics has given this vintage Kombi an all-new electric powertrain.

The process starts by replacing the ancient four-cylinder boxer engine with a new electric motor. Whereas the old gasoline motor only pumped out 44-horsepower, the new electric power unit in the e-Bulli is pumping out 88-horsepower – almost twice the output of the old four-banger.

With more horses driving the rear wheels, it has a top speed of 80 mph (130 kph). The original Type 1 Kombi topped out at 65 mph (105 kph). It’s not a speed demon to be quite honest, but it won’t be shamed by subcompacts on the highway, that’s for sure. 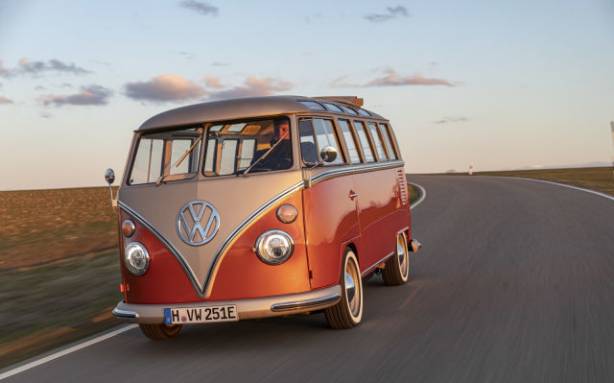 The electric motor is fed by a 45 kWh battery pack for an estimated range of 125 miles. And since the battery is compatible with both alternating and direct current charging, you can replenish the batteries from empty to 80-percent in 40 minutes using a 50 kWh DC fast charger. Again, the VW e-Bulli is not meant for long-distance driving, but it has more than enough range for grocery shopping and school runs.

But it doesn’t stop there. VW and eClassics went the extra mile to modernize this Type 1 microbus. The vehicle benefits from a redesigned chassis with an all-new multilink front and rear suspension. You’ll also find coilover struts and adjustable dampers along with a new rack-and-pinion steering system. eClassics also threw in new anchors by fitting all four corners with new disk brakes. 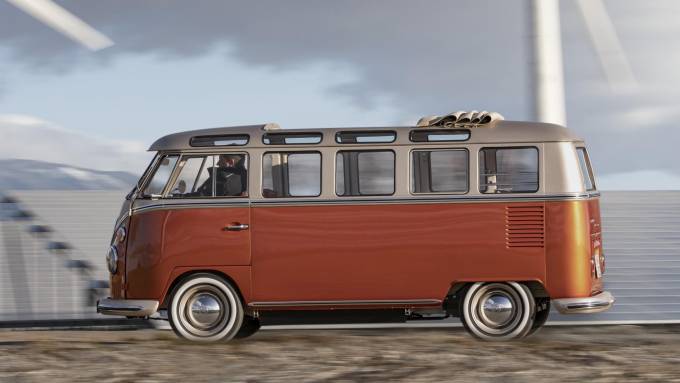 With a retuned chassis, a new suspension system, and a lower center of gravity (with a heavy battery pack mounted in the floor), we’re expecting VW e-Bulli to be a sharper-handling minivan than the original model. And even though the vehicle is based on a vintage body style, VW and eClassics were kind enough to fit LED headlights and running lights, LED charge indicators, and a modern gear selector in the e-Bulli.

The vehicle also has a classic speedometer, a vintage stereo system, and genuine solid-wood flooring. Keen-eyed readers will also notice a tablet neatly mounted in the ceiling above the windshield. It’s a brilliant mix of the old and the new, and we love it to bits. 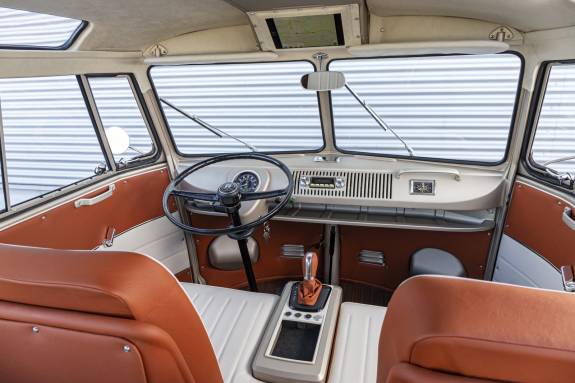 Granted e-Bulli is not as tech-filled as VW’s Type 20 concept unveiled last summer, but at least it’s closer to reality. Volkswagen and e-Classics are planning to offer both T1 conversions and complete e-Bulli units starting at $70,000. The e-Bulli concept was supposed to debut at Techno Classica 2020, but the event was also canceled to curb the coronavirus pandemic. So, is retrofitting the future of electric vehicles?