Vodafone UK has axed its standalone range of Samsung-made Vodafone 360 devices, according to Mobile Industry Review, though the carrier’s various 360 services will continue to be available.  The news means that the recently leaked Samsung H2 (aka the Samsung I8330) will no longer be making its debut; according to Vodafone, they’re now looking to put 360 services on as many devices as possible, rather than holding them back for a smaller selection of so-called “bespoke” handsets.

Vodafone’s core strategy remains to offer the best range of smartphones in all markets in which we compete. We have decided to accelerate our Vodafone 360 services strategy, making 360 services available on as many devices as we can as soon as we can. From now we will be focusing all efforts on expanding the range of handsets and platforms that support Vodafone 360 and in developing and enhancing the suite of Vodafone 360 services. Consequently there will be no further development of bespoke Vodafone 360 handsets, and activity on the H2 ceases with immediate effect.

We have always been clear that Vodafone 360 is about a suite of services, not just about bespoke devices. Our intent was always to provide services across as many handsets as possible on as many platforms. Today Vodafone 360 is available across a wide range of over 100 handsets and on 5 platforms and this will continue to expand going forward.

Vodafone 360 includes various social media apps, A/V content and an app download store, but initial feedback on the service was middling.  The carrier struggled to differentiate its LiMo-based handsets, especially in the face of strong rivals such as the iPhone and Android-based devices.  Now, they’re developing custom, integrated UIs for 360 that will be seen on top of – rather than competing against – third-party handsets, such as shown on the Sony Ericsson XPERIA X10 mini pro below. 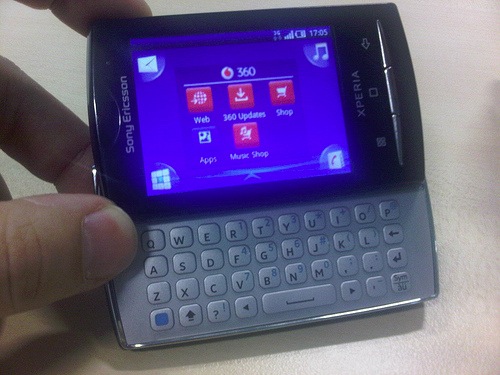