It’s time to get real with Vine, Twitter’s newest and perhaps most bold introduction of a service since their inception as a mobile-friendly service. Here with Vine you’re invited to create 6-second videos that you construct instantly of one single shot or a series of shots by pressing the center of your smart device’s display. The results are posted to Twitter (and Facebook, if you like) as well as on Vine’s own server, these videos then able to be viewed near-instantly by your connected associates.

This app and the videos it makes are really, really simple. The service appears here at first to be working really swiftly right out of the box and has clearly been tested to work at Twitter-speed. That means right here and now that you’re not going to have to wait around to see the videos as they’re just 6 seconds long – ain’t nobody got time for anything longer than that, shall we say. 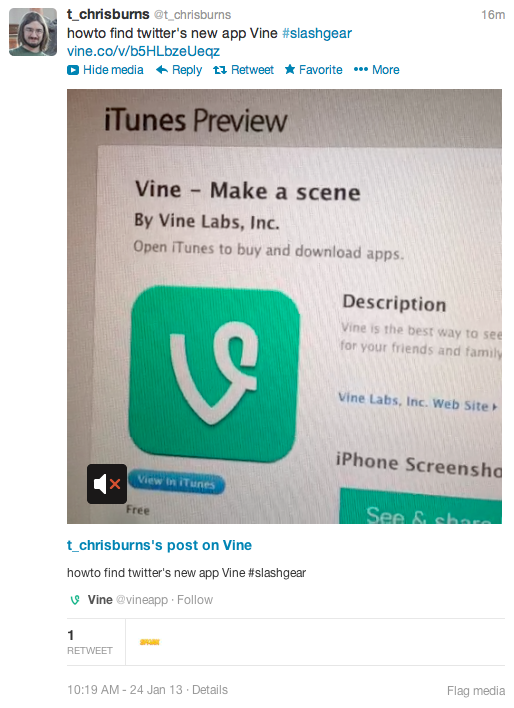 You can connect to your friends on Facebook as well as your friends on Twitter to create your own Vine feed when you open the app up, otherwise you’ll be seeing a feed consisting of videos from the most popular sources in the Vine library. This service is both a standalone environment and a connected environment with Twitter and Facebook – you can use it on its own, you can connect with Twitter and Vine, you can connect with Facebook and Vine, or almost any combination therein. 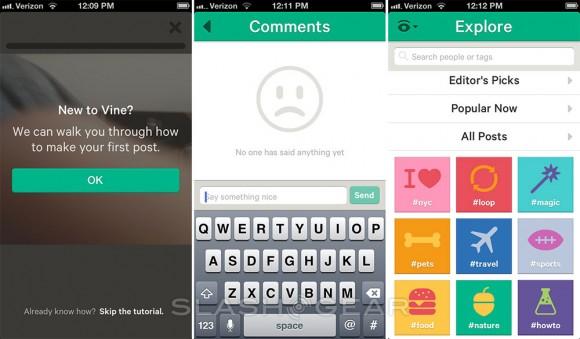 The only thing you cannot do is send your videos to Twitter or Facebook without them being posted to Vine. To keep everything running as swiftly as possible, Vine is taking the hosting duties from top to bottom. We’ll be discussing the privacy issues and worries that will inevitably come up with regards to this sooner than later, I’m sure – for now though, feel free to enjoy the quickness with which you’re able to work with this app. 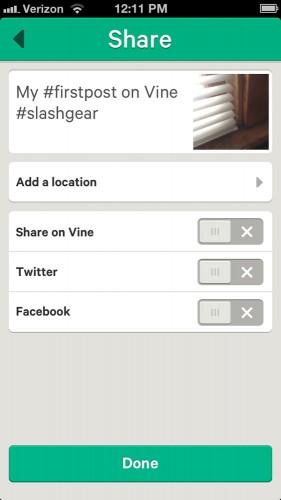 Hot Tip: to find this app on the App Store, you’ll need to search for “Vine make a scene”, otherwise it’ll be buried under loads of other apps with the name “vine” in them that came before this beast. 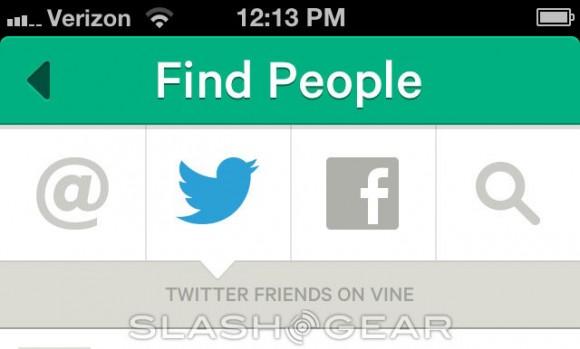 Vine is at the time of this posts’s publishing an iOS-only app. It’s also restricted (sort of) to the iPhone and the iPod touch. You can open it up on your iPad if you wish, but it’s optimized for the smaller displays without a doubt. If you do end up downloading this app, be sure you’re connected with @t_chrisburns on Twitter as well as @SlashGear on twitter (more on the way) so you can keep up to date with us as we head to some of the biggest tech events through the immediate future.

We’ll be bringing Vine with us to Mobile World Congress 2013 in Barcelona in just a few weeks – stick with us all the way!