The YouTube app for Android – first, not only – has been updated to allow portrait-style videos. This is the first time YouTube has not smashed videos to their smaller, horizontal size when smartphones are held in portrait mode. It’s also the first time YouTube has even really acknowledged vertical videos beyond pushing them in at the sides in a horizontal box. Now you can view all the videos your aunt and uncle filmed with their smartphones the wrong way because they can’t turn their phones on their sides.

What good is a video mode that allows you to watch a video that’s taller than it is wide? There’s only one reason, really: smartphones. While people have been filming videos with their smartphones in the same way a phone is held up to their face since the dawn of the smartphone, it only makes sense. It only makes sense to lower our standards for sensible viewing in a horizontal way. 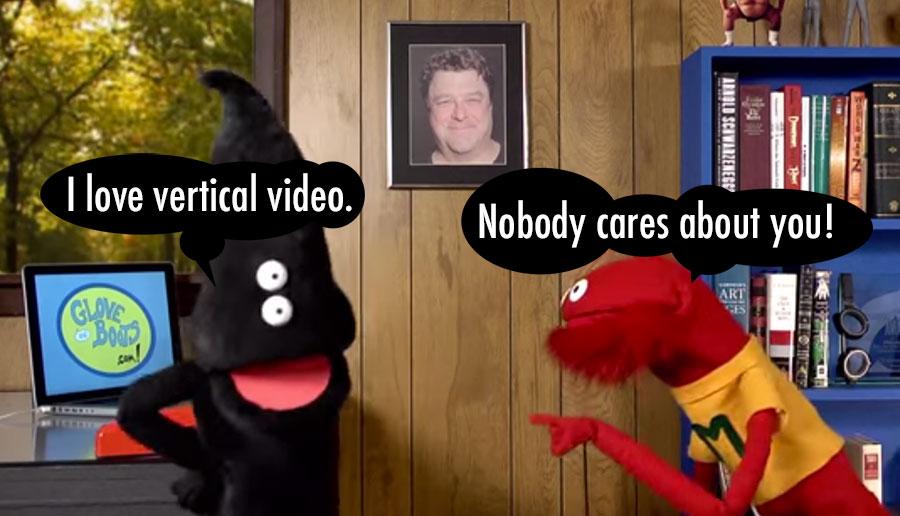 Our eyes are placed one next to the other on a horizontal plane. We do not have one eye sitting above the other. Not like the monster you see above from the video you see below. As such, we view things naturally from left to right or right to left, in a sort of oblong rounded shape.

Not a vertical shape.

So when you film something horizontally, you’re going to be presenting your subject a piece of media they can take in with both eyes naturally.

When you film something with your phone held in portrait mode, you capture a piece of media that is not natural for a person to view. They’ll only be seeing one part of the video at a time. Their eyes will be moving up and down the video the entire time it is playing, rather than sitting still.

If that’s what you want, by all means. Go for it!

The following video has been made for your benefit.

The video comes from Glove and Boots, made a few years ago. Still relevant. Still important.

Either way, the YouTube app for Android has been updated, go get that update and view all the vertical videos you could ever want.