NASA’s Discovery Program will seek out information about our nearest space neighbor Venus in a series of two new missions. The missions are expected to launch inside the 2028 – 2030 timeframe, and both will be awarded $500 million for mission development. The missions DAVINCI+ and VERITAS were selected from the final set of four missions which were in turn part of the original NASA Discovery 2019 competition. 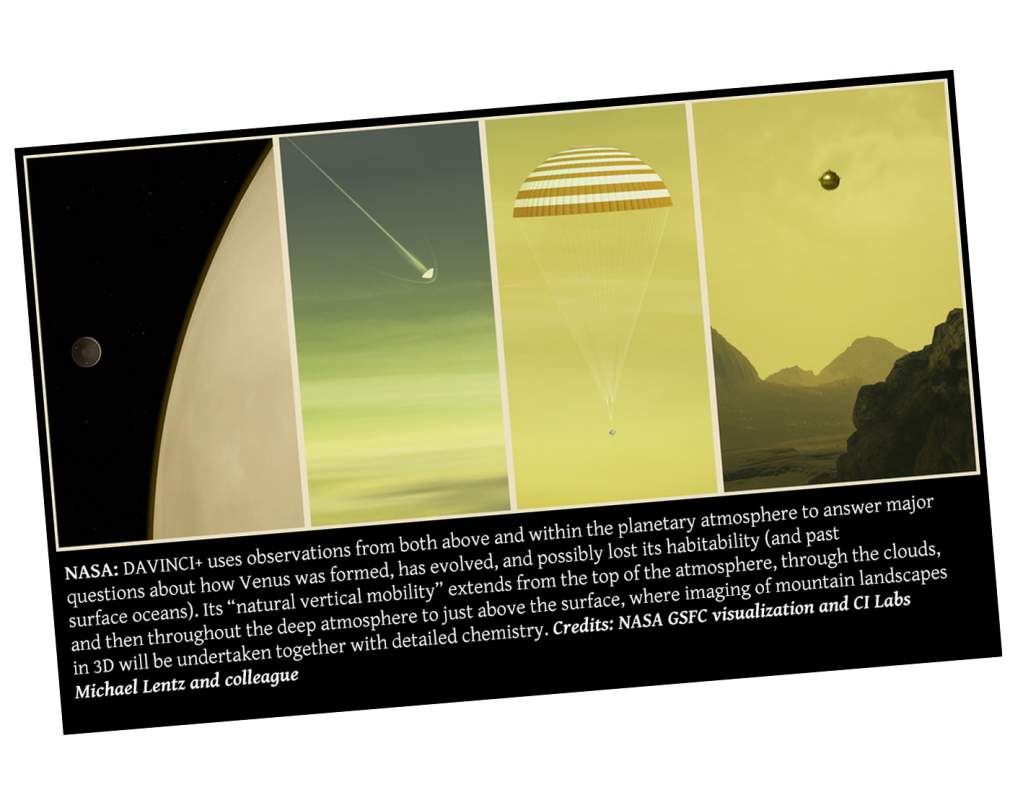 This mission will include a “descent sphere” that’ll aim to “plunge through the planet’s thick atmosphere, making precise measurements of noble gasses and other elements to understand why Venus’ atmosphere is a runaway hothouse compared to Earth’s.”

This mission’s intent is also to deliver the first high resolution pictures of tesserae on Venus. It’s suggested by the NASA brief that these images could show if/how Venus has plate tectonics, and whether Venus’ tesserae are comparable to Earth’s continents.

ALSO: DAVINCI+ will also host the Compact Ultraviolet to Visible Imaging Spectrometer (CUVIS) built by Goddard. Using CUVIS, the mission will work with “a new instrument based on freeform optics” to make high resolution measurements of ultraviolet light from Venus.

In today's #StateOfNASA address, we announced two new @NASASolarSystem missions to study the planet Venus, which we haven't visited in over 30 years! DAVINCI+ will analyze Venus’ atmosphere, and VERITAS will map Venus’ surface. pic.twitter.com/yC5Etbpgb8

This mission will aim to map the surface of the planet Venus. With a synthetic aperture radar, VERITAS will “chart surface elevations over nearly the entire planet.” With this data, NASA will be able to create 3D reconstructions of Venus’ topography.

The German Aerospace Center will provide the infrared mapper for the mission. The Italian Space Agency and the Centre National d’Etudes Spatiales, France, will contribute to the radar and “other parts of the mission.” The Jet Propulsion Laboratory will provide project management.

We’ll be watching NASA’s progression toward this latest pair of missions to Venus through the coming decade – stay tuned! We’ll be reporting all the important events from here to there, launch, and mission findings, too!