In a patent application made public today, Valve showed drawings and descriptions of a new sort of VR headset. This wearable head-mounted display (HMD) included an array of features, including but not limited to wireless functionality, antenna, optical subsystem, IMU sensors, a dedicated processor (or processors), onboard memory, functioning operating system, applications, games, a head tracking module, and an eye tracking module.

This newest set of drawings released this week by the United States Patent and Trademark Office showed a head-mounted display system that included all the bells and whistles. We’re talking earphones, display, wirelessness, and several sorts of adjustable straps and parts made for the ultimate comfort of the wearer. 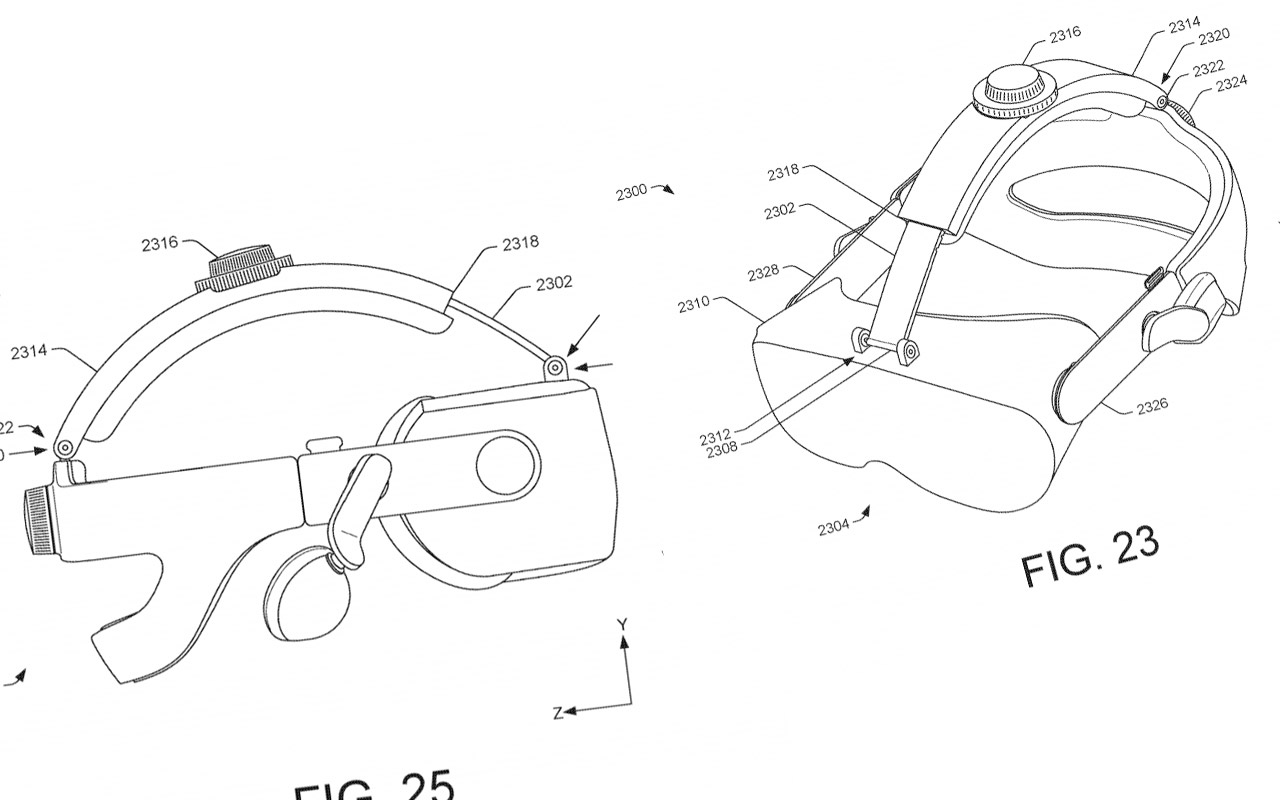 This headset appears to have the usual comfortable front-end display with padding around the edges to block out light and keep the machine firm against the face. It has straps on the sides that click into place, and another strap over the top. Both of these elements are adjustable courtesy of two dials, one on top, one on the back, or two halfway between the back and the top.

One iteration of the headset also sports a support that’s connected to the rear of the contraption. The support is a pad that sits on the back, at the base of the skull. This sort of added support hasn’t been common in VR headsets, and it looks like it’ll make the whole experience more comfortable and natural-feeling. 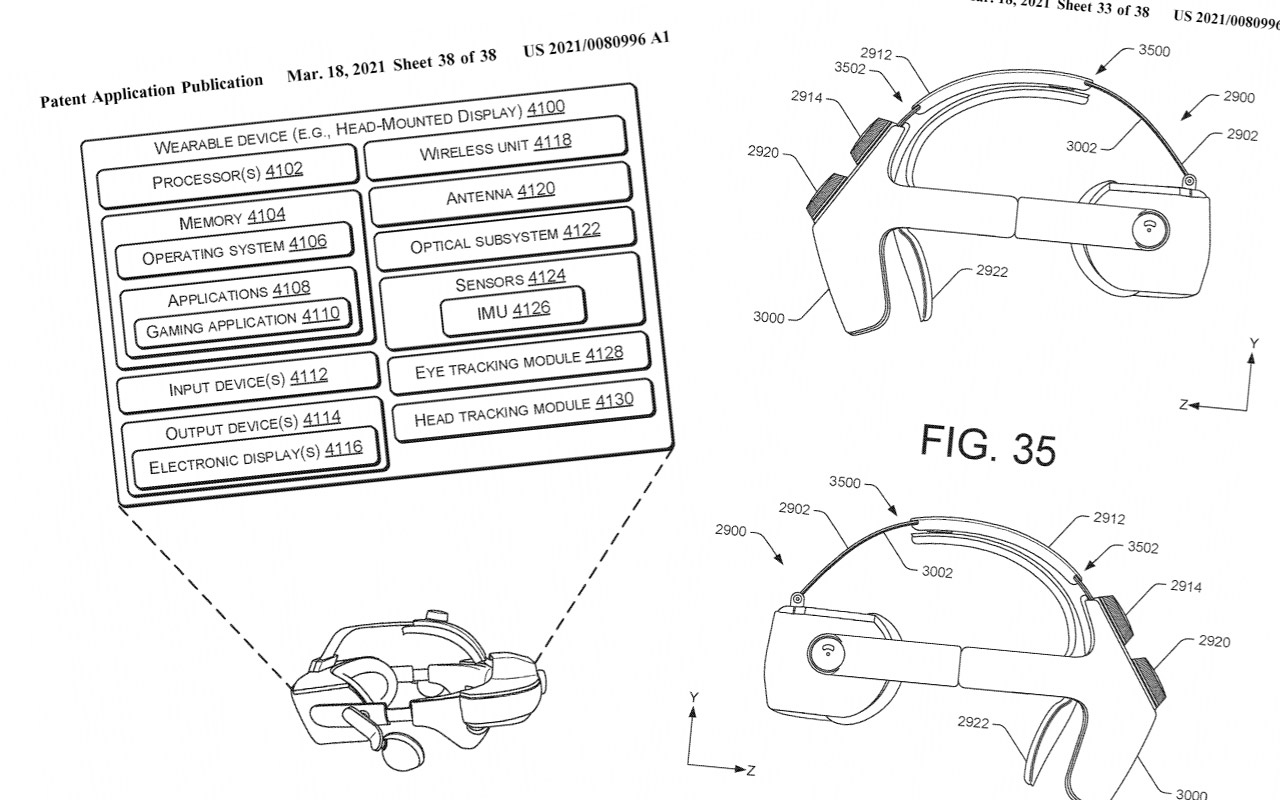 This headset was originally filed back in September of 2020. The appearance of this patent (number US 2021 / 0080996 A1) does not mean that there’ll be a headset like this in the real world any time soon. It DOES mean that Valve is at least somewhat interested in continuing to work with VR headsets, both with software and in hardware. It COULD indicate that Valve will make a nice, new VR headset in the future – but only time will tell!