USB PD replacing current standard: why this is excellent

The word is spreading here near the end of 2013: USB is over, if you want it. USB PD (Power Delivery) is set to be the new standard for the next generation, working with standard specifications set to start taking effect as early as 2014. This technology may very well change the way we power electronics, first and foremost because it’s able to output up to 100 watts of power, 10 times that of today’s current best in regular ol’ USB technology.

The original invention of USB was not meant to charge up rechargeable batteries. Instead it was made – by Intel’s Ajay Bhatt – to allow universal connectivity between devices. Remember the last time you plugged in a mouse or a keyboard with a cord other than USB?

With USB PD, devices will be able to plug in and utilize all of the benefits of standard USB, but with 10x the power. This updated technology also has the ability to run power in both directions. This means (potentially) you’ll be able to power your laptop up with a smartphone as well as the other way around. 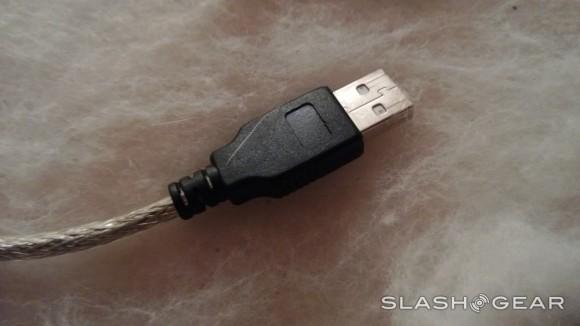 As The Economist so eloquently depicts, the war between AC and DC has been fought for a while – well before USB cords were invented. It was Thomas Edison that lost the fight, with Nikola Tesla’s Alternating Current winning out – that’s what most devices use today.

Though the ability to shift between different voltages was (and in most cases still is) a benefit that most machines make use of today, it’s the Direct Current that USB makes use of. Solar panels also work with DC power, and the power converters you use to plug into your normal wall sockets convert power from AC to DC before it hits your smartphone.

There’s a massive amount of inefficiency in this system – you’ve likely felt it in the power converter between the wall and your notebook computer. Things can get hot – that’s lost energy, and something USB PD will be making better use of in the process of conversion.

“Power Delivery is designed to co-exist with standard USB Battery Charging implementations. Implementers should note that if they include battery charging capability in their devices or support for host adapters such as docks or ACAs they should also reference the Battery Charging Specification. 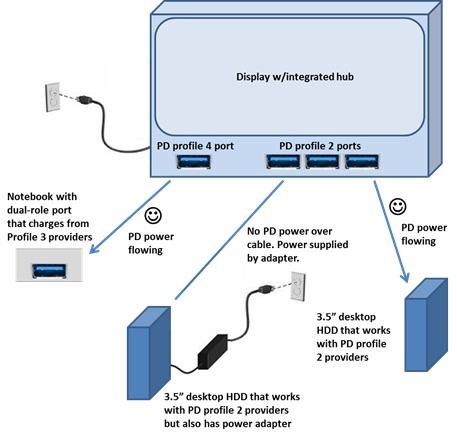 Compliance testing for products conforming to the Power Delivery Specification and the related Power Delivery icons are currently under development.” – USB.ORG

So when will we start to see USB PD cords, converters, and everything in-between? Soon! Stick around our USB tag portal for more information as it arrives – sooner than later, we hope!