Close to half of America’s electricity needs could be handled by clean solar energy by 2035, the US Department of Energy has concluded, as the Biden Administration looks to ways to trim emissions without increasing the costs of power. A focus on solar power has been key to that strategy, but even record-setting installations so far have been a relative drop in the ocean compared to the sort of solar farms required to ween America off its fossil fuel dependence.

The new Solar Futures Study, released today by the US DOE, sets out just what sort of changes would be required – and the potential upsides. By 2035, it concludes, solar energy could power 40-percent of America’s electricity requirements.

It could also employ up to 1.5 million people, the DOE report predicts, and help considerably with the decarbonization process of the grid. In order to do all that, however, the US will need to quadruple its yearly solar capacity additions.

In 2020, for example, a record-setting 15 gigawatts of solar generation was installed in the US. That brought the nation’s total to 76 gigawatts. However, for the DOE report’s predictions to pan out, the US will need in the order of 1,000 gigawatts. 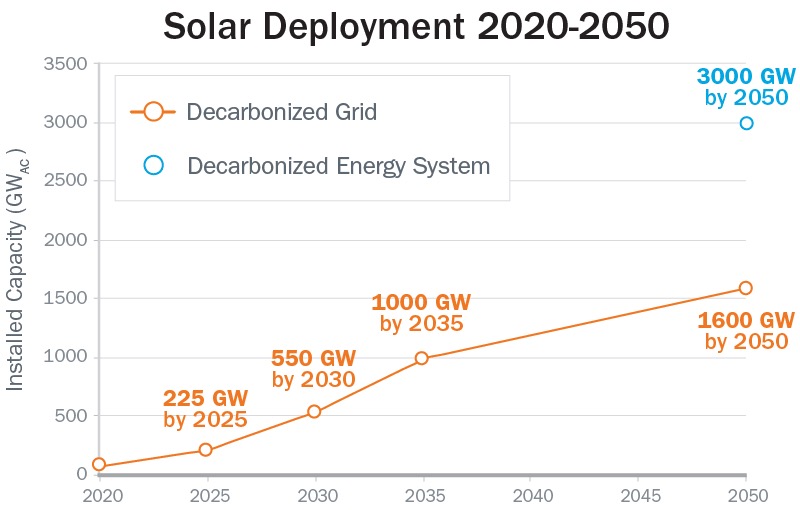 To achieve that there’ll need to be on average 30 gigawatts of solar capacity installed each year between now and 2025. That will then have to double, to 60 gigawatts per year, between 2025 and 2030.

“By 2050, solar energy could provide 1,600 GW on a zero-carbon grid – producing more electricity than consumed in all residential and commercial buildings in the country today,” the DOE predicts. “Decarbonizing the entire energy system could result in as much as 3,000 GW of solar by 2050 due to increased electrification in the transportation, buildings, and industrial sectors.”

Solar alone won’t be able to satisfy all of America’s power requirements. However, the Department of Energy suggests existing heavyweights in the segment will see their role significantly diluted. Wind will satisfy 36-percent, nuclear between 11- and 13-percent, and hydroelectric between 5- and 6-percent. Biopower and geothermal sources will contribute a further 1-percent. 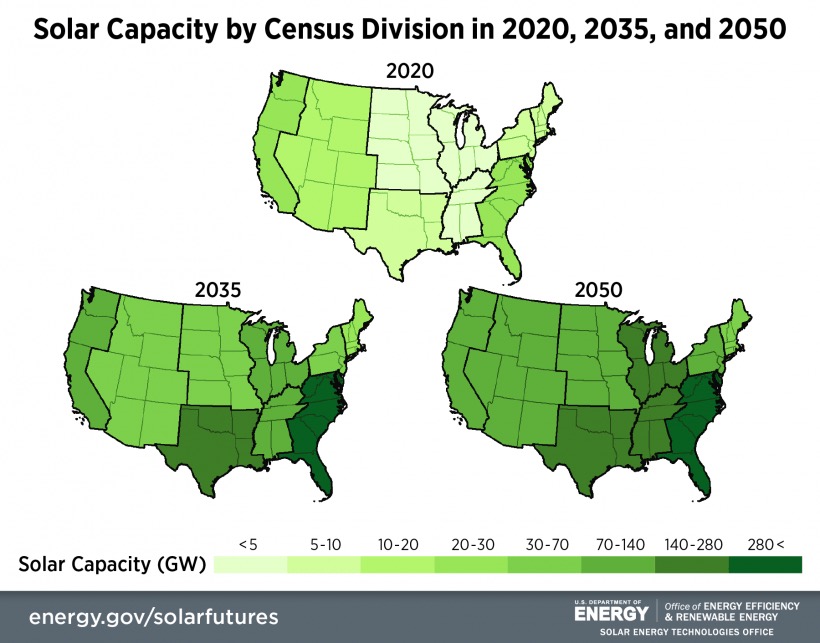 Though climate change is a key factor in the motivation to switch to solar, there are other important elements to consider too. In addition to new cross-sector jobs – which could, the DOE predicts, create around 3 million new roles across technologies – there’ll be a huge air quality improvement. Technological advances will help keep power prices stable for consumers, meanwhile, with no increase envisaged by 2035.

For this all to be feasible, however, decarbonization policies need to be implemented. “Without some combination of limits on carbon emissions and mechanisms to incentivize clean energy, the U.S. cannot fully decarbonize the grid,” the DOE concludes, “models show that grid emissions fall only 60% without policy.”

As for some of the longstanding criticisms of solar, the DOE has some answers there too. Even with the forecast 2050 solar deployment, total land use would be about 0.5-percent of contiguous US surface area, it says. “This requirement could be met in numerous ways, including the use of disturbed or contaminated lands unsuitable for other purposes.” 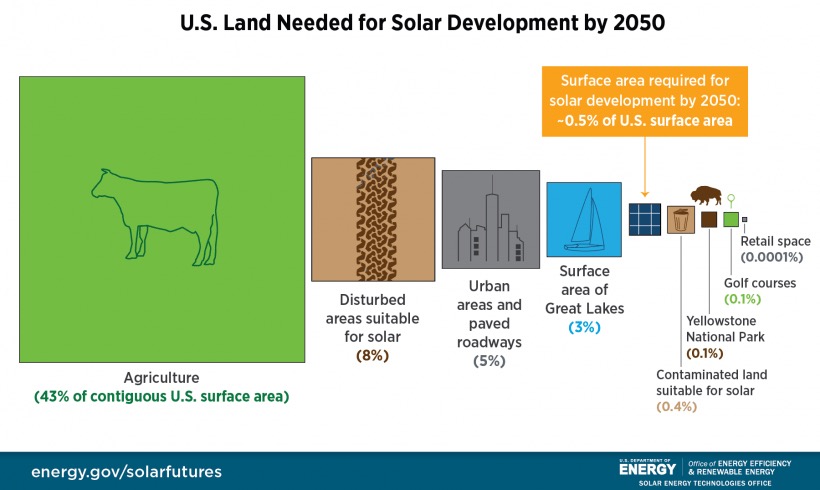 Energy storage would also be a key element. By 2050, the DOE envisages more than 1,600 gigawatts of storage being installed; however, small-scale solar deployments with local storage could also help offset grid load, and keep key infrastructure running even in the case of a broader outage. So-called distributed energy resources, like rooftop solar and even using electric vehicles as mobile batteries when not being called upon for transportation, will also play a role.

Renewable energy provisions are a key part of the budget reconciliation bill, currently being discussed by lawmakers in the US Congress.