Ultimate isn’t for everyone, and if you’ve been looking at your monthly cellphone bill and wondering why you’re paying for masses of data while doing 99-percent of your phone browsing over WiFi at home, US Mobile’s flexible new Pooled Plans could be an alternative. Rather than focusing on power-users who need the maximum amount of data each month, the new data plans focus on smaller, cheaper amounts that can be easily shared between multiple $9/mo lines.

Each line is priced at $9 per month, including tax, which gets you unlimited talk and text. For data, it’s priced at $2 per 1GB, with that shared across every line on the same account.

Data is either via 4G LTE or 5G – US Mobile is an MVNO, so you’re actually using Verizon’s network for the “Super LTE” network its Pooled Plans rely on, despite the branding – and it includes mobile hotspot use. It’s worth bearing in mind that tethering laptops, tablets, and other devices that way typically burns through data a whole lot quicker. 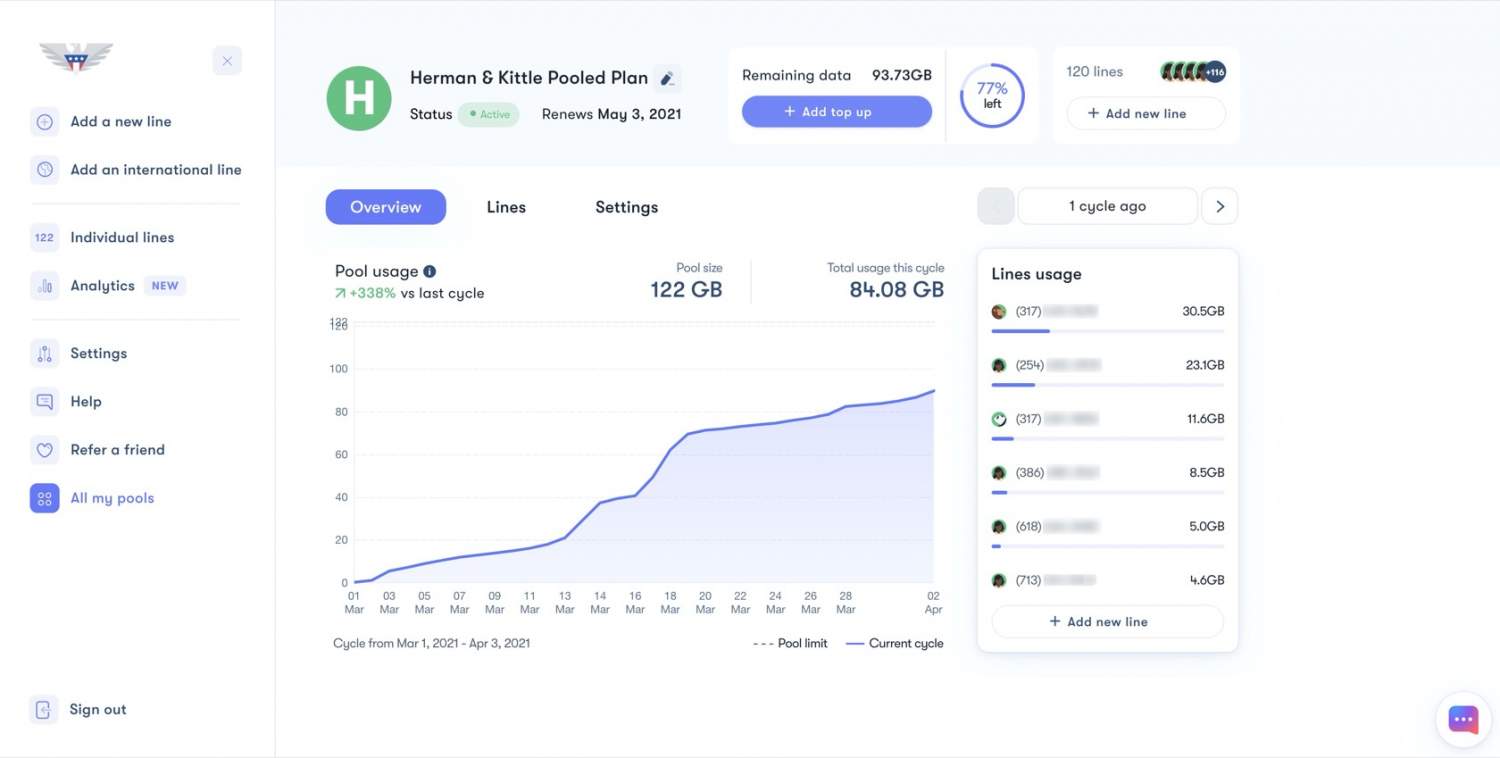 US Mobile will warn you of that with a usage alert when your current allowance is running low. There’s also a dashboard interface which shows the usage of all lines on the account, with real-time consumption and analytics. That can be customized to use individual names rather than phone numbers, to make understanding it easier, and flag devices or users who are chewing through more than their fair share.

It’s also possible to use the dashboard to pause or resume lines, and the interface can compare the current month with previous cycles to see just how much data is being used overall. Down the line, the carrier says, it plans to add automatic insights which will be able to make suggestions for how to manage data allowances and even recommend increasing or decreasing how much data you buy depending on forecast usage. Eventually you’ll also be able to turn on auto-top-ups, which will add more data automatically if you reach a certain threshhold. 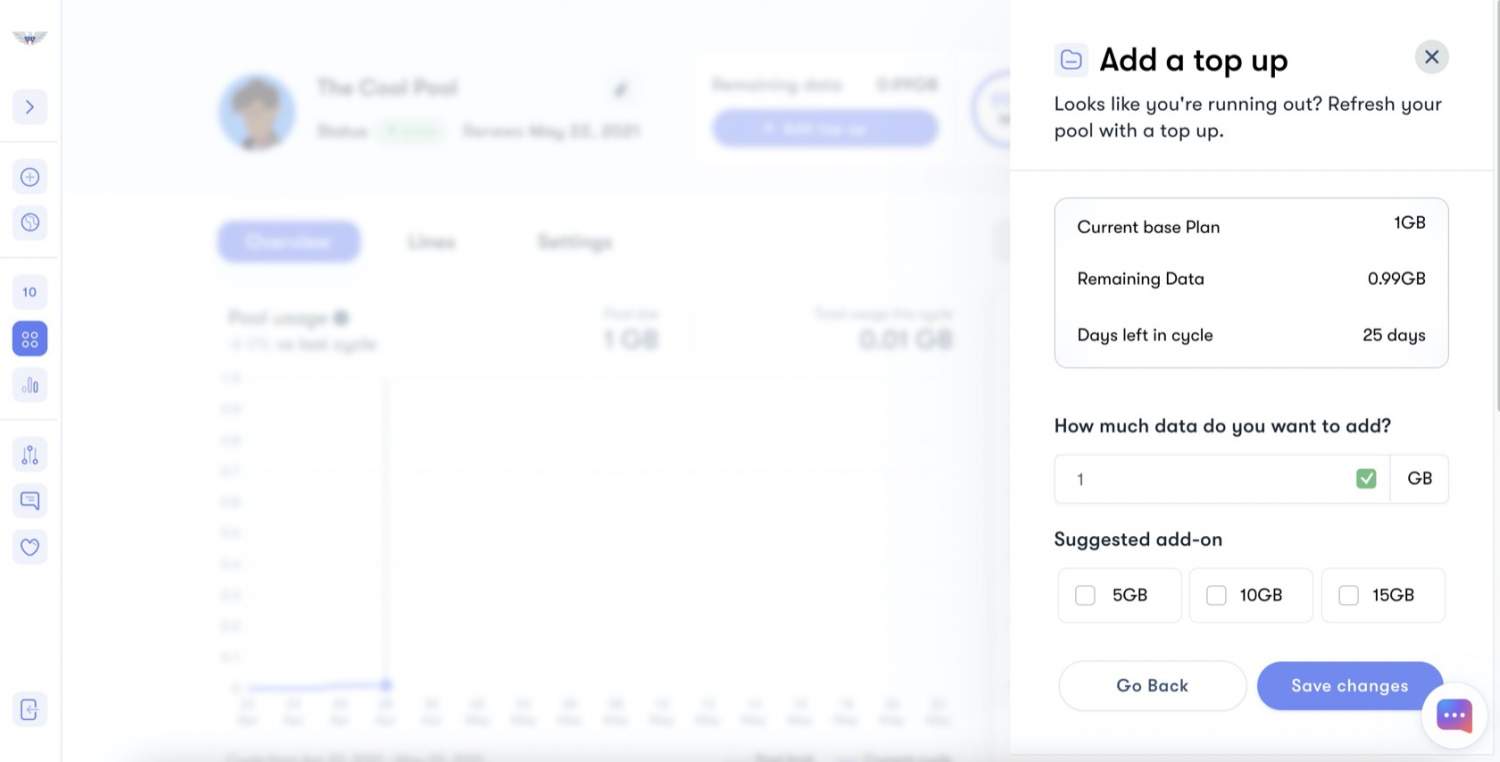 Clearly, while this is definitely a cheap way to get online on a phone – which US Mobile will either sell you, or allow you to bring your own compatible handset – it’s not going to be for everyone. If you’re a serious data user, you’re probably going to be better served with an unlimited plan. All the same, they typically cost significantly more than these new Pooled Plans and don’t include the line-pause flexibility, which means subscribers on a budget – or those who maybe just need a device for emergency use – should probably do the math to see how they compare.

Update: US Mobile has explained a little more about how line snoozing works to us. There’s a recurring $2 per month fee for each snoozed line, plus a $0.98 Regulatory Cost Fee, so you’re looking at $2.98 each month for each line you put on hold. Lines can be snoozed indefinitely.