Synthetic sequences of DNA were proven viable in a study published this week by researchers led by one Steven Benner. Benner is founder of the Foundation for Applied Molecular Evolution in Alachua, Floria. This study suggests that synthetic DNA with “unnatural” bases behaves much like strings of natural DNA – blasting open the realm of possibilities for chemical bonds in DNA outside our basic understanding in G, C, A, and T.

This is the first time it’s been systematically proven that the double helix formed with these unnatural base bonds can hold their structure. The newest base combinations include S and B as well as P and Z.

Eight bases, four orthogonal pairs, and a whole new set of synthetic systems that “meet the structural requirements needed to support Darwinian evolution.” According to the paper, these are those:

You remember that scene from The Fifth Element, right? The one where they took a disembodied hand and used it to construct a full human being. The science in the movie was largely nonsense, but I can’t help but be reminded of its content: “The compositional elements of his DNA chain are the same as ours – there are simply more of them. Tightly packed with infinite genetic knowledge. Almost like this being was…engineered.” 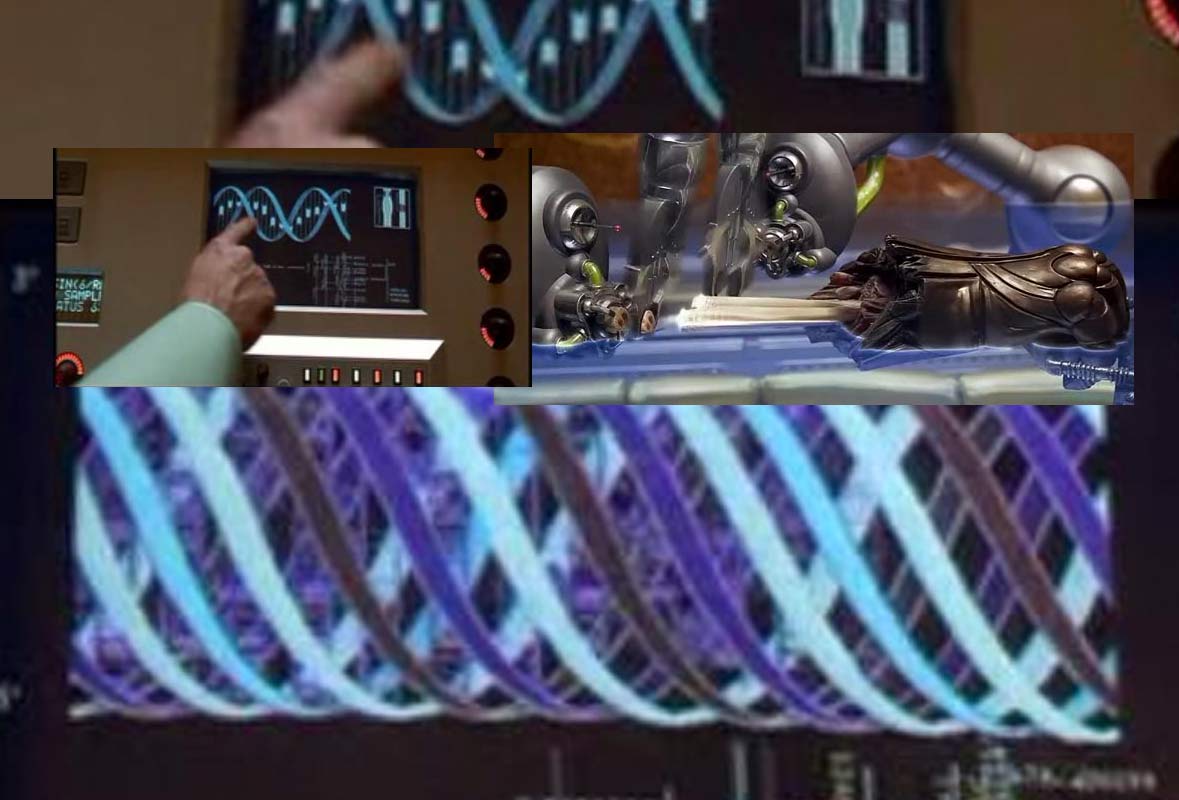 They call this new research “hachimoji” aka 8-letter. Sort of like how “emoji” is essentially emotional-letter, more or less. Thermodynamic parameter measurements predicted stability – the paper suggests that now, “hachimoji DNA [can] increase the information density of natural terran DNA.” In other words, us poor earthlings don’t have nearly the internal data storage space potential of this hachimoji business.

The abstract for the study suggested that “These results expand the scope of molecular structures that might support life, including life throughout the cosmos.” Time to get out the ol’ space papers and see if anyone missed anything for which they did not realize they could be looking!