Under Armour made Virgin Galactic these custom spacesuits

Virgin Galactic has revealed the spacesuits for its private astronaut flights, and you should put bulky moon-suits out of your mind and think more along the lines of athleisure wear. That’s no surprise, mind, given Virgin Galactic partnered with Under Armour – its “Technical Spacewear Partner” – to develop the special spacesuit and matching footwear its pilots will be issued.

There are eight people currently in the Virgin Galactic Pilot Corps, though it’ll be Chief Pilot, Dave Mackay and Pilot, CJ Sturckow, who are at the controls for the company’s first human spaceflight. That’s due to blast off from New Mexico later this month, with the first flight window opening on December 11. 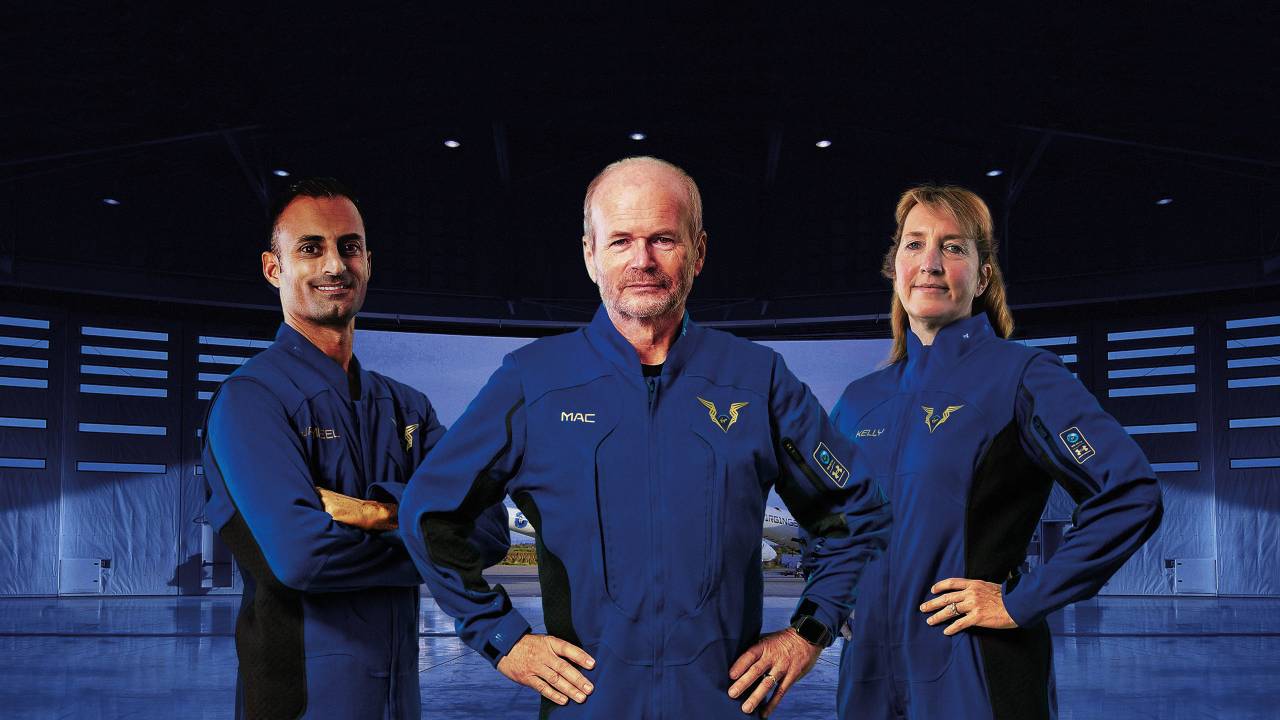 Since the pilots won’t be leaving the spacecraft, the suits are non-pressurized and not designed to hold up to the loss of cabin pressure. More like sturdy work overalls at first glance, they do however take into account some of the more unusual elements of spaceflight. For a start, given weight is a key element of making Virgin Galactic’s flights economically-viable, they’re designed to be particularly light.

Each spacesuit weighs just over 1kg (2.2 pounds) as a result. They’re made from flight-grade fabrics, and designed to remain comfortable even under the various extreme forces involved. That includes back comfort, for when the pilots are pushed into their seats during boost, as well as extra shoulder cushioning to prevent discomfort from the straps holding them in place during the periods of zero gravity that are one of the big appeals of private spaceflight. 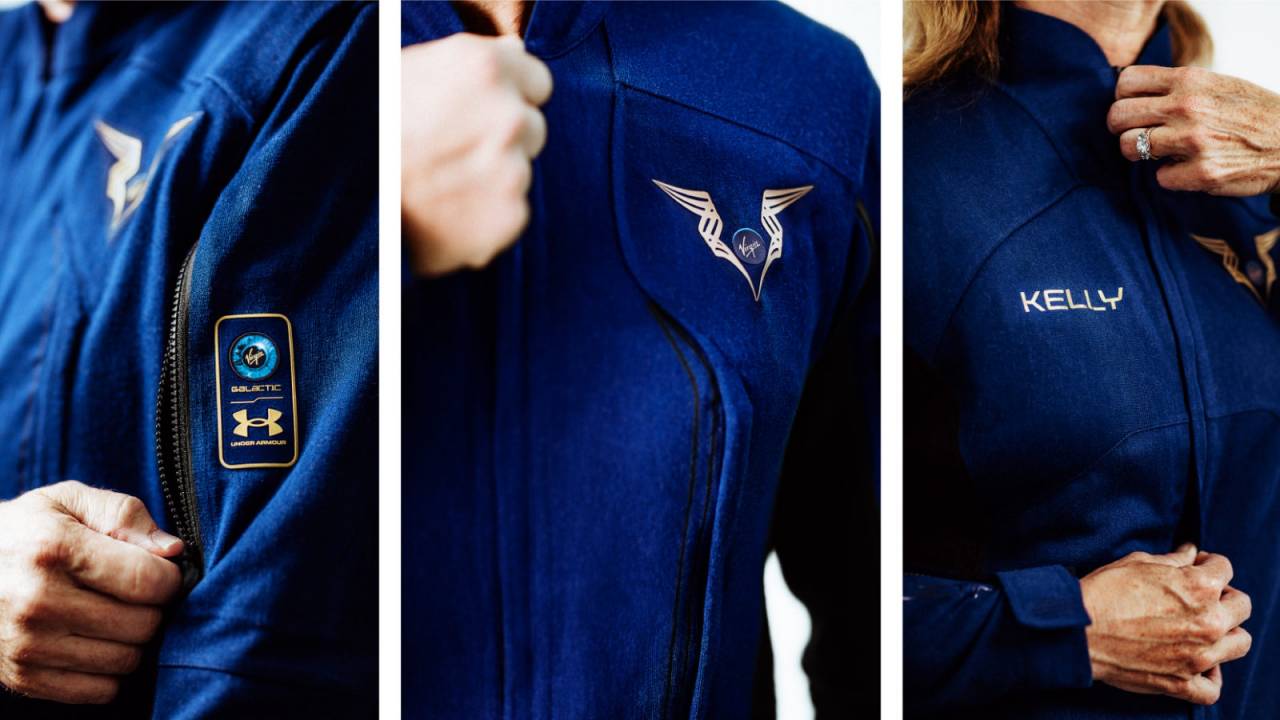 Under Armour’s selection of fabrics, meanwhile, have been designed to better regulate body temperature, too. The front gets an embroidered name and a spot for the commercial astronaut wings, along with the Virgin Galactic pilot wings emblem.

As for those who have paid handsomely for a seat on the spacecraft, they’ll also get some specially-designed clothing. Under Armour has helped develop a Spacewear System for the Virgin Galactic Future Astronaut program, similar in design to the pilots’ suits but with sufficient differences to highlight the variation in roles. 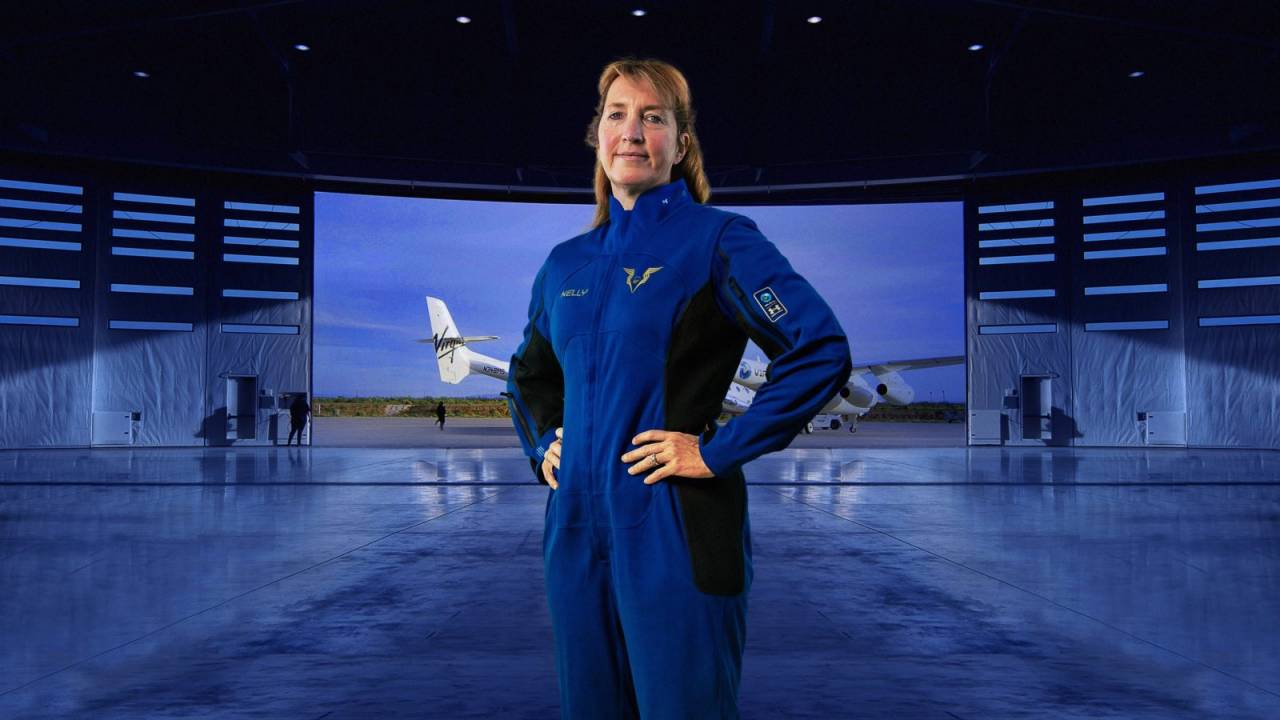 The dark blue color palette, for example, will be carried across both suits, but only the pilot spacesuits will have the black trim.

It’s been a long journey from Virgin Galactic first announcing it wanted to commercialize space tourism, to the flight window opening in just a few days time. Spaceport America, the company’s launch base in New Mexico, will be running on a lower staff complement than originally expected, as the company deals with COVID-19 restrictions. There won’t be paying passengers onboard either, at least not of the human kind, with the upcoming flight intended to show how well the spacecraft handles various test objectives. 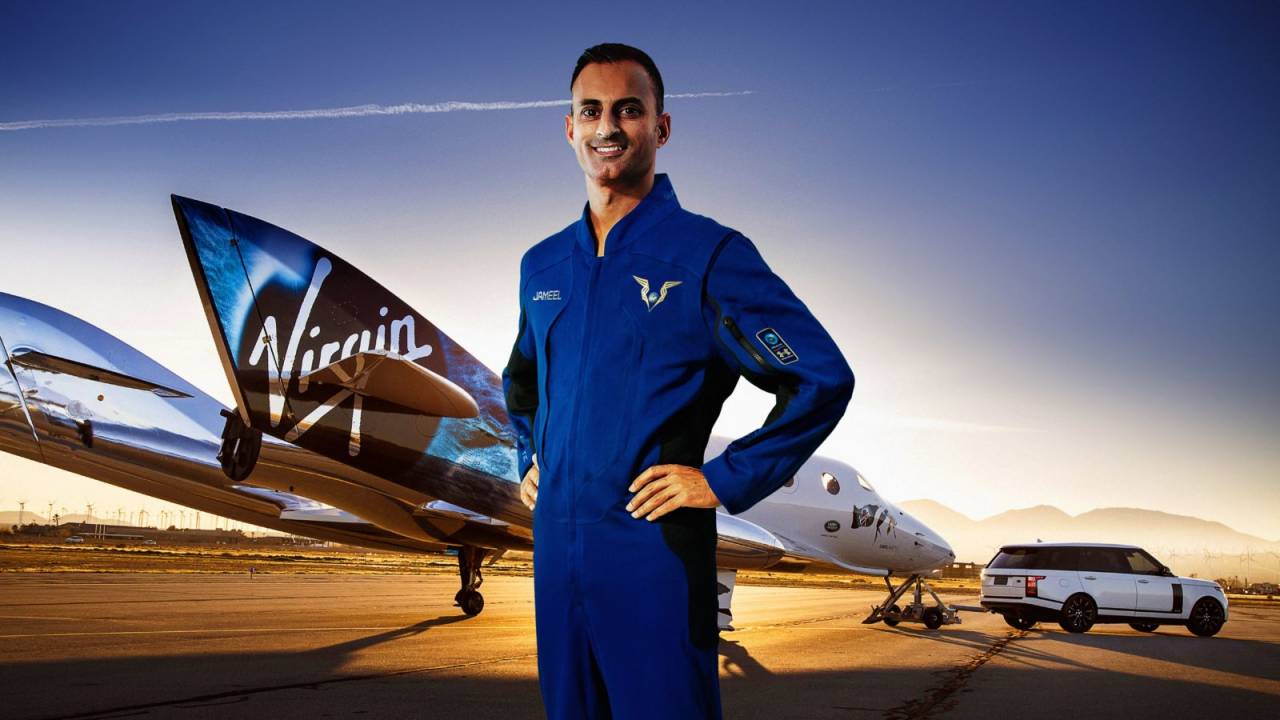 That’ll include testing the recline feature on the specially-designed passenger seats. They’ll be occupied by test dummies this time, but eventually the design is meant to allow for more space to experience zero gravity. NASA will have three payloads onboard too, as part of its Flight Opportunities Program. Virgin Galactic is hoping that will also help demonstrate the potential for its flights to generate revenue beyond would-be space-goers who can afford a ticket.