Uber, despite all of its troubles, is doing pretty well. The company offers one or more types of service in cities all over the world, and its future looks bright (unless you’re a driver). The company isn’t, however, content. Uber dreams of “getting more butts into the backseats of fewer cars,” something it has been slowly doing and, in the near future, will take up a notch. In a statement today, Uber announced a new pilot program called uberHOP.

uberHOP is Uber’s latest commuting service, and it will be arriving in Seattle starting this upcoming Thursday. With it, commuters will be able to share an Uber ride with other commuters who are going along the same route, though it won’t be quite like a regular Uber trip — riders will have to walk a little bit to and from the pickup and drop off destinations. 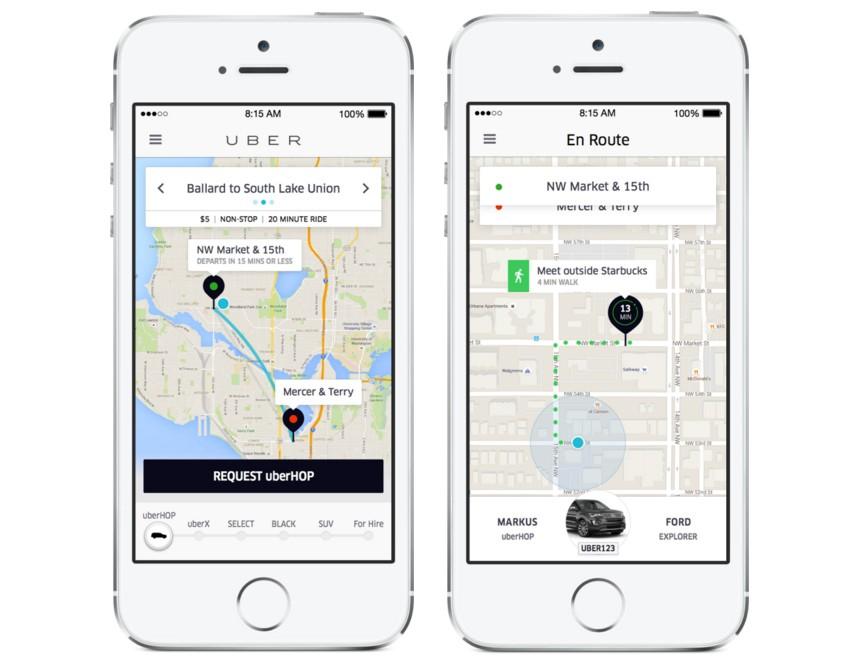 Select routes will be offered under uberHOP; it is up to riders to decide if one of those routes will get them where they need to be, or close enough to it. After selecting a route, users will request an uberHOP car. Uber will then pair the user with a driver and others who are also wanting a ride.

Instead of being picked up, users will be given directions on how to get to the meeting point (where the driver is located). There’s a set amount of time provided to get there; once that time comes, riders pile into the car, hopefully filling it up all the way, and they’re driven to a predetermined stop on the route.

In Chicago, meanwhile, Uber is introducing a different commuter service that focuses on the drivers: uberCOMMUTE. This is likewise a pilot program, one that will run from 6AM to 10PM during the business week. Drivers heading to work can pick up a commuter going the same way, picking up a little cash for their effort.

Uber chose Chicago because, it says, the company thinks the pilot will help reduce congestion on the I-90, a big problem in the city. That’s part of a larger narrative Uber has frequently espoused — that by offering its service, the company is helping take a load off the nation’s transportation infrastructure, decreasing road congestion, and more.

Of course, having a passenger and a driver in a single car isn’t too far removed from having only one person in a car, and that setup can — despite Uber being cheaper than taxi services — still be pricey for riders who use the ridesharing service daily. That’s where commuting comes in, reducing the cost for riders while at the same time reducing how many cars are on the road at once.

Uber still has a long way to go before every seat in all of its cars are filled up. Starting Thursday, though, it’ll be at least one step closer.