The initial report on the Uber self-driving car crash that saw a pedestrian killed in Arizona has been released, with the NTSB putting the spotlight on the vehicle’s emergency braking system. While the preliminary report does not go into analysis of the crash, nor reach any conclusion about who – or what – was at fault, it does reveal more of the circumstances of the incident in March.

Then, the Uber prototype – a modified Volvo XC90 SUV which had been fitted with the ridesharing company’s own autonomous hardware and software – collided with a pedestrian pushing a bicycle into the road in Tempe, AZ. The crash took place at night, with the car in self-driving mode. A safety driver behind the wheel eventually took manual control of the SUV, but not before the pedestrian sustained injuries that later proved fatal.

In response, Uber ceased all its autonomous car testing across the US. Yesterday, in fact, the company confirmed that it would not be resuming trials in Arizona. Instead, it would focus on San Francisco and Pittsburgh.

An investigation into the cause of the accident is ongoing by the National Transportation Safety Board (NTSB), which released its preliminary report today. The organization is clear that the document “does not contain probably cause” but does give much more detail about the crash than has previously been released. That includes some potentially concerning facts about how Uber’s system interacted with the Volvo’s own safety features, and how warnings were issued to the human operator.

Certainly, the pedestrian, Elaine Herzberg, wasn’t going to be easy to identify in the road. According to the NTSB, at the time of the night crash she was dressed in dark clothing and attempted to cross the road in an section without direct street lighting. Her bicycle did not have side reflectors, the organization points out; while front and rear reflectors were fitted, along with a headlamp, they were not pointing in the direction the Uber SUV was traveling. “The report also notes the pedestrian’s post-accident toxicology test results were positive for methamphetamine and marijuana,” the NTSB says. 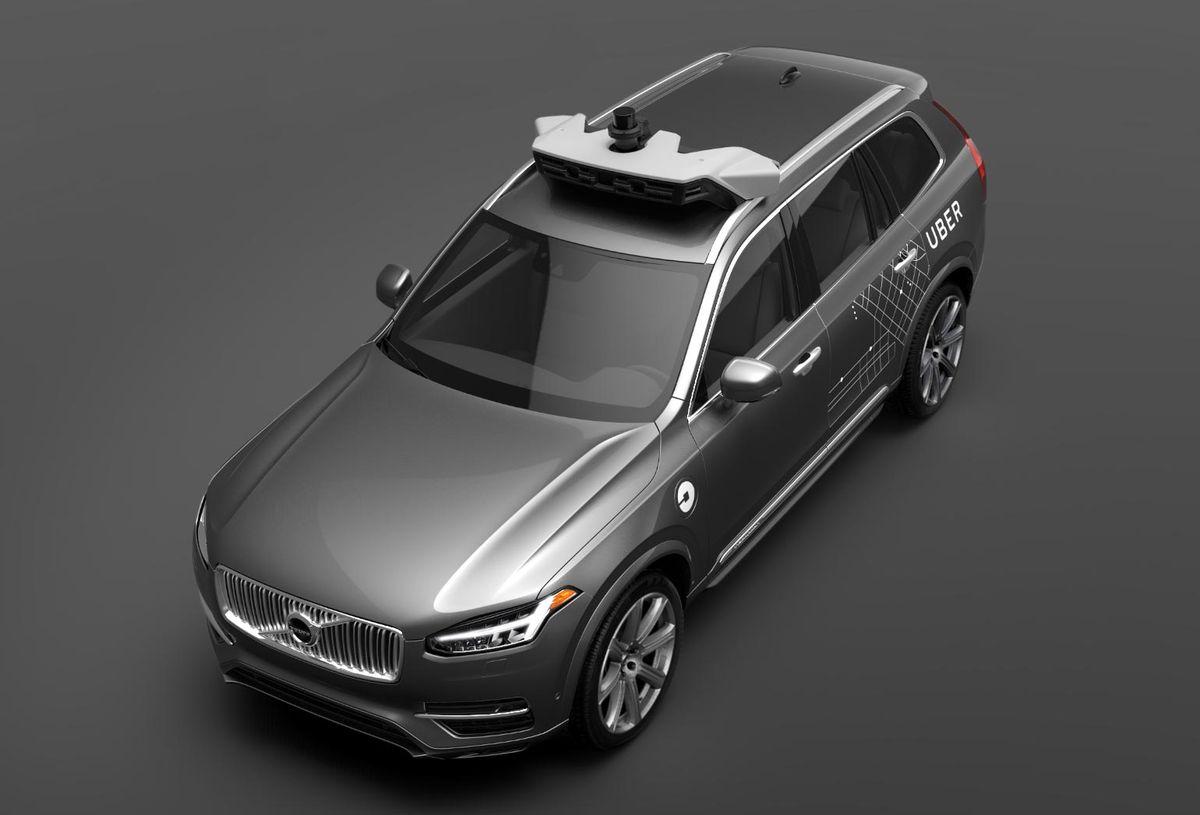 That’s not to say the case is leaning toward blaming Herzberg. Data from the car shows the autonomous system first registered LIDAR and radar observations of the pedestrian around 6 seconds prior to impact. The SUV was traveling at 43 mph at the time. “As the vehicle and pedestrian paths converged, the self-driving system software classified the pedestrian as an unknown object, as a vehicle, and then as a bicycle with varying expectations of future travel path,” the NTSB says. “At 1.3 seconds before impact, the self-driving system determined that an emergency braking maneuver was needed to mitigate a collision.”

However the system does not undertake emergency braking maneuvers when the compute is at the wheel, Uber says. That’s described as a decision made “to reduce the potential for erratic vehicle behavior.”

The XC90, meanwhile, has a suite of driver assistance and safety features of its own. Indeed Volvo bills the SUV, in regular production form, as including “more safety features than any other brand” and is targeting a goal of no deaths or serious injuries by its cars by 2020. Key to that is City Safety, a collision avoidance system with automatic emergency braking that can stop or significantly slow the vehicle if a pedestrian is observed in the road ahead.

Importantly, though, the Volvo’s native safety tech is only active when the modified Uber vehicle is in manual mode, being driven by a human operator. When the autonomous systems are in control, Volvo’s safety tech – including City Safety – is taken offline. “According to Uber,” the NTSB says, “the developmental self-driving system relies on an attentive operator to intervene if the system fails to perform appropriately during testing. In addition, the operator is responsible for monitoring diagnostic messages that appear on an interface in the center stack of the vehicle dash and tagging events of interest for subsequent review.”

At the same time, Uber told investigators, “the [self-driving] system is not designed to alert the operator” to situations where emergency braking might be required. In this particular case, the safety driver intervened less than a second before the impact, taking control of the wheel. Speed at impact was 39 mph, and braking started less than a second after that point.

The safety driver maintains that, although she had both a personal and a work phone in the car with her, they were not being used at the time of the crash. Video from the cabin shows her “glancing down toward the center of the vehicle several times before the crash,” the preliminary report states. No toxicology testing was carried out, though Tempe police say she did not show signs of impairment when they attended the scene.

For the moment, the investigation is ongoing. Still, with leaks from within Uber suggesting that the company intentionally adjusted how the autonomous system would react to objects in the road in an attempt to avoid false-positive recognitions, and the NTSB saying that the vehicle data indicates all systems were operating normally, some attention is likely to focus on just how the car was programmed to react.