The video service isn’t official yet, with TechCrunch’s Josh Costine noticing it in his stream, and The Next Web having previously covered this service while it was in testing. Twitter is also fond of toying with their service out in full view of public, so as cool as this is — don’t get your hopes up just yet. 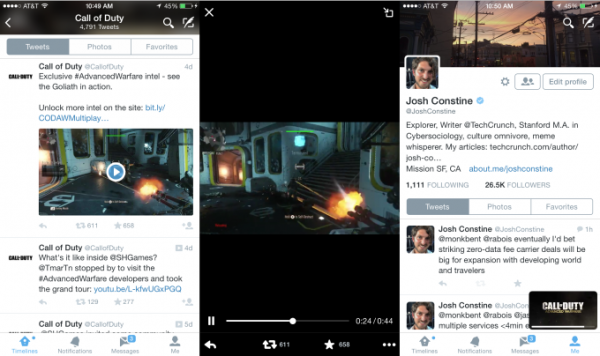 Like YouTube, this comes in handy when you’re getting a lot of info about a topic; say you’re a Royals fan (and seriously, go Royals, it’s been long enough), but you’re stuck at a late-night meeting or on the train home from work. You could catch highlights in both video and tweet format.

It also does what audio cards attempts to, and that’s keep you at home in the app rather than migrating to a YouTube or Vimeo to check out video. It also gives Twitter an a method for viewing longer form video to compliment their expanded GIF service, Vine.