Twitter reply settings are a nice idea that misses the point

Twitter will allow uses to limit replies to their tweets, in the company’s latest – and seemingly flawed – attempt to limit harassment on the social network. The new setting, which is rolling out to select users from today, will add reply settings when users tweet, which can at their most strict cut down on all replies completely.

“Twitter is where you go to see and talk about what’s happening,” Suzanne Xie, Director of Product Management at Twitter, explains. “But sometimes, unwanted replies make it hard to have meaningful conversations.”

Whether they’re what’s known as “reply guys” – people, often though not always men, who frequently jump in to respond to tweets in a way that can border on pestering – or simply those using Twitter to stoke arguments and controversy, misuse of replies is undoubtedly a problem. That can range from merely being frustrating, through to outright harassment. Certain Twitter users, particularly women in high profile positions, can find themselves inundated with responses that are often aggressive or demeaning. 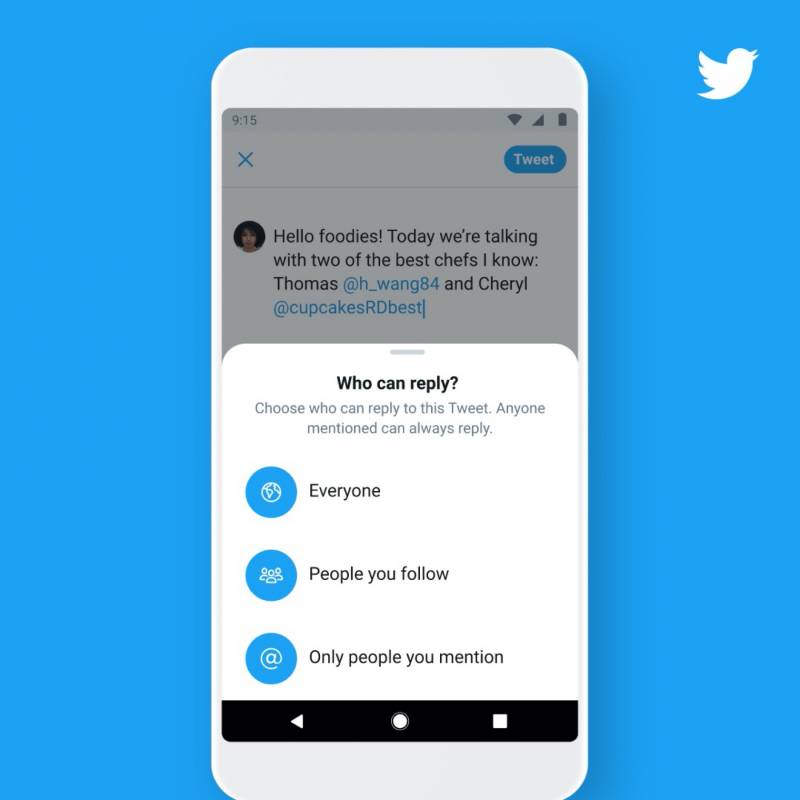 Twitter’s latest response is a new suite of settings which control just who can reply on the social network. When you compose a tweet, there’ll now be the option to adjust who has @-reply privileges. That can range from everyone, as is the current behavior, or only people you yourself follow, or finally only the people you mention.

If either of the latter two settings are selected, nobody outside of those groups – people you follow or people you specifically name in the tweet – will be able to respond. Instead, they’ll get a message saying that the original user has limited replies.

A new way to have a convo with exactly who you want. We’re starting with a small % globally, so keep your 👀 out to see it in action. pic.twitter.com/pV53mvjAVT

Any steps to address harassment on Twitter are welcome, given the company’s patchy response to complaints that targeted hate runs rife in certain communities. Nonetheless, these new features only go so far. 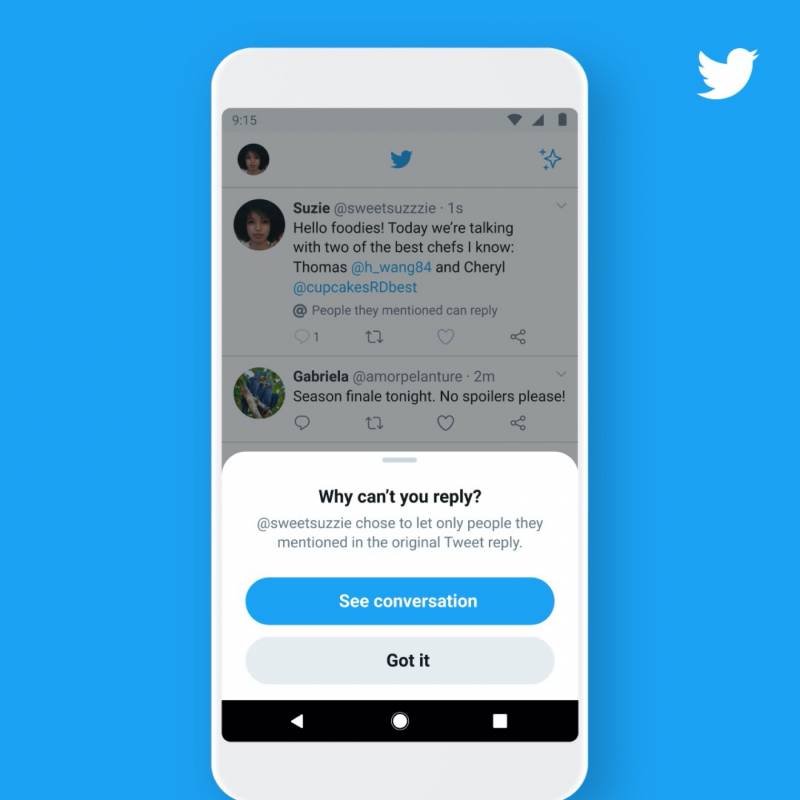 Although replies can be limited using this new system, other users can still retweet, retweet with comment, and “like” the tweets. Retweeting with comments is well known for being a way to draw negative attention to someone on Twitter, particularly when done by users with sizable audiences. Highlighting a contrary opinion and then encouraging – either explicitly or tacitly – followers to react to that person, often known as “dunking” on a user, is another form of aggression that these new settings still won’t address.

There’s certainly an argument to be made that by stopping people from sliding into someone’s replies it may cut down on everyday frustrating conversations. All the same, there’s still a gulf between the visibility and interaction settings we have today – this new system included – and the nuclear option of taking an account completely private.

Twitter says it will be testing the system out with a limited number of people using either the Twitter apps for iOS and Android, or Twitter in the browser.