Twitter has followed the lead of other tech companies and released its diversity statistics, saying that it has a goal to reach everyone around the world, and to do so it needs “a team that understands and represents different cultures and backgrounds.” Unfortunately, it still has a way to go before it gets there.

Tallying up the diversity percentages of its global workers, the overall numbers show a workforce that is 70-percent men, a figure that gets worse when looking at leadership (79-percent) and tech (90-percent). In the non-tech category, the numbers even out, hitting an even 50/50 mix. 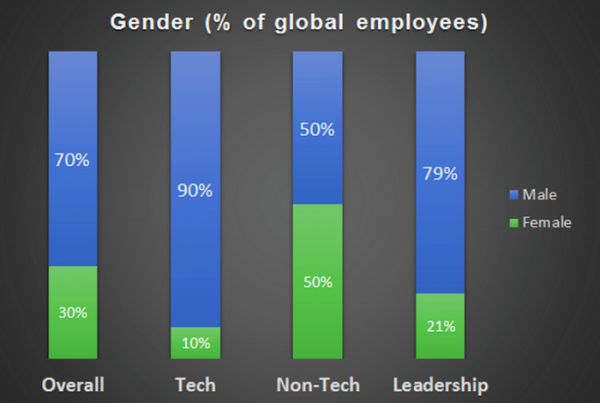 In terms of ethnicity — looking at its US workers using self-reported information — all four categories are mostly white, with the next highest category being Asian. Other listed groups represent very small percentages of the workers.