This week Twitter made more than just a tiny mistake in banning one of their more famous members in an effort to keep him quiet on speaking out against NBC’s coverage of the London Olympics. This fellow was (and is) Guy Adams, a journalist who writes for the BBC, and his supposed crime was pointing out the email of NBC’s Olympics president, saying that he was responsible for the Olympics being broadcast with a time delay so that they might reach prime-time audiences across the USA. Adams alleges that NBC didn’t see this tweet until Twitter informed NBC of it, and once NBC complained, Twitter banned him – Twitter disagrees.

Twitter thus far has released a statement on the situation saying, “it was company policy not to comment on individual users” for privacy reasons. However, it had said it did “not actively monitor users’ accounts”. This may satisfy those wondering whether the company will be admitting to monitoring Adams, though it does not speak to the fact that they may simply have been watching the most popular topics. As Adams’ tweet was re-tweeted many thousands and thousands of times, Twitter very well may have caught wind of it and blocked his account without NBC being involved at all.

UPDATE: Twitter General Counsel, Alex Macgillivray, has made a rather long apology and explanation for the events that went on over the past few days. Have a peek at a bit of it here:

“That said, we want to apologize for the part of this story that we did mess up. The team working closely with NBC around our Olympics partnership did proactively identify a Tweet that was in violation of the Twitter Rules and encouraged them to file a support ticket with our Trust and Safety team to report the violation, as has now been reported publicly. Our Trust and Safety team did not know that part of the story and acted on the report as they would any other.

As I stated earlier, we do not proactively report or remove content on behalf of other users no matter who they are. This behavior is not acceptable and undermines the trust our users have in us. We should not and cannot be in the business of proactively monitoring and flagging content, no matter who the user is — whether a business partner, celebrity or friend. As of earlier today, the account has been unsuspended, and we will actively work to ensure this does not happen again.” – Macgillivray

But as Adams now says, Twitter has emailed him saying, “we have just received an update from the complainant retracting their original request…” This seems to shed a bit more light on the situation – that Twitter officials don’t want the company to seem at fault for pushing Adams out. NBC Sports also released a statement right after Adams had been initially blocked, saying:

Of course those well in the know on how to use a search engine would have been able to find this “personal email” as NBC Sports alleges was not public. Adams spoke up between here and there saying that the email was indeed available on the NBC Sports webpage and could be found by “anyone in possession of 30 seconds of free time and access to Google”.

And now it’s all right, yes? We shall see as Adams account has indeed been re-activated and the talk of what he might do from here continues. What do you think – do you think Twitter was in the wrong for banning Adams, or are they in the wrong for allowing him to come back? And perhaps better yet, was it reasonable for NBC Sports to make a request for Adams to have been banned, or did they make the wrong move? 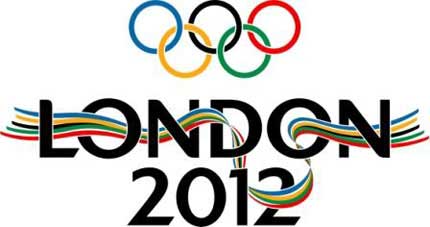 Special note: NBC and Twitter are kind of, sort of, partnered for coverage of the Olympics this year – this could possibly factor into the situation.