Back when Twitch announced they were about to have a music program earlier this year, rap label Rhymesayers collective ears perked up. Having an collection of songs and artists that resonated with gamers already, the Rhymesayers crew knew that a Twitch team-up would be a marriage worth tapping into. Just this week, Twitch announced their collaboration – along with streaming video games from their offices and homes and hosting community events, Rhymesayers would be delivering a 100 tracks from their catalog to Twitch for gamers to stream and archive legally.

We had a brief chat with Rhymesayers CFO Skye Rossi and Social Media Manager Sarah Dope about the process and the future of getting Rhymesayers tracks into the hands of gamers everywhere – through Twitch.

“We saw their music announcement in January,” said Rossi, “and reached out to see if we could be involved.”

Back in January the Twitch Music Library was launched with artists like Diplo and DJ Steve Aoki. By April, Twitch had 1,000 tracks for gamers to use in game streams. In March, Twitch hosted The Prodigy as they prepped for the launch of their newest album: My Day Is The Enemy.

Rhymesayers is dropping in on Twitch with a full 100-track library that gamers can use to stream with and keep on VOD.

“We looked at our catalog and some of our top streaming songs,” said Rossi, “then tried to get a good variety of tempos and moods to provide some solid options to gamers.” 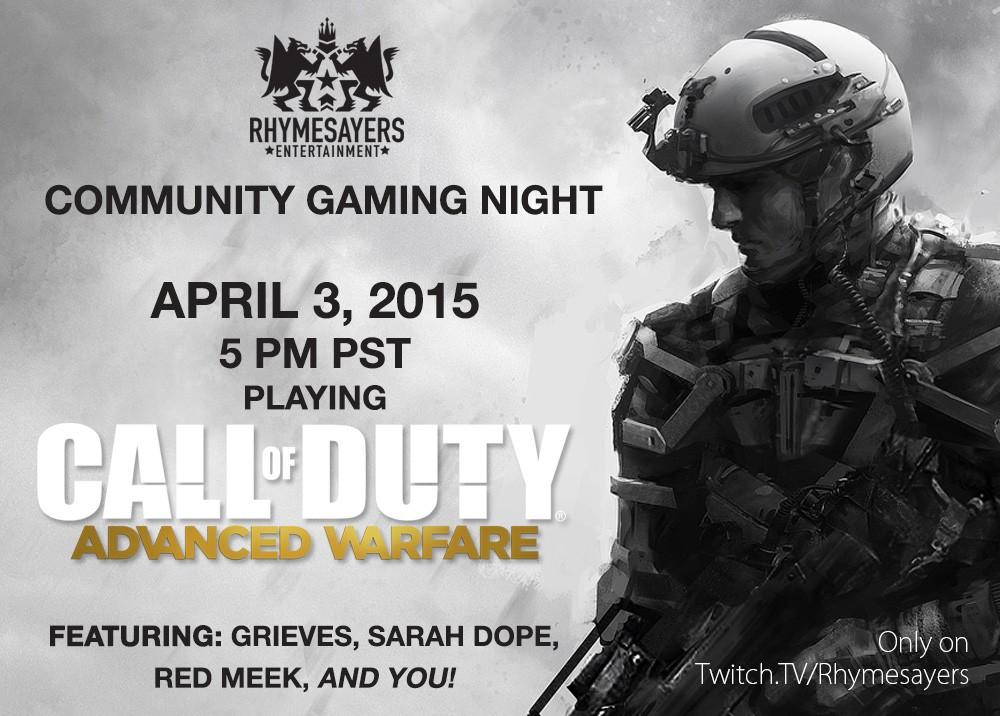 To help promote the availability of their first collection of songs on Twitch, Rhymesayers is hosting a weekly gaming session with label artists, staff, and all manner of pro-gamers and streamers.”

BELOW: The first session starts on Friday, April 3rd, at 7PM Central Time, 5PM Pacific, featuring Grieves, Sarah Dope (Rhymesayers’ Social Media Manager), and Red Meek (formerly of FaZe Clan) as they run around on Call of Duty: Advanced Warfare on Xbox One.

In addition to the main stream – which you’ll see here – there’s also a Rhymesayers team page on Twitch where you’ll be able to see individual artist and affiliate streams.

BELOW: Grieves, preparing for gameplay. 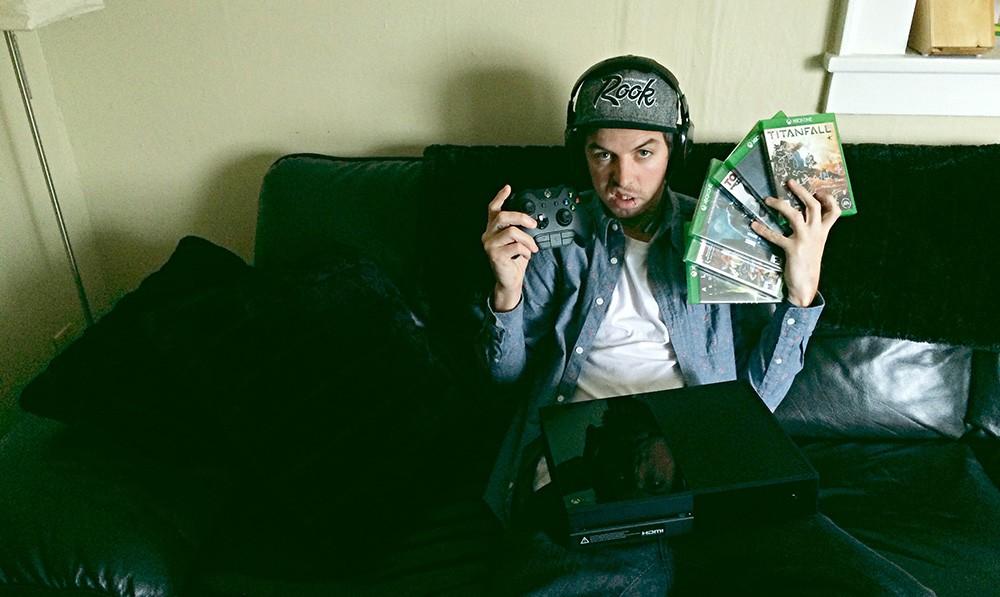 You’ll find a wide variety of Rhymesayers family gamers on this stream through the future. “We have a lot of artists, staff, and fans who are into video games,” suggested Dope.

Those planning on watching the stream each week can keep attuned to the schedule through Rhymesayers’ Twitter account, where last-minute changes will appear first.

“We don’t want to give too much away just yet,” said Dope, “but we do have plans to involve other artists, staff members, and pro gamers/streamers.”

“We have a lot of fun ideas in store; we just need schedules to align.”

Below you can find a full list of all 100 streamable Rhymesayers tracks through Spotify.

And about that music – why would a music label want to release audio tracks to a gaming platform?

“I used to work at Machinima a few years back,” said Dope, “so I’ve been very well aware of Twitch for quite some time and have been watching that platform grow in a lot of different ways.”

“When they started cracking down on copyrighted music, we started getting messages from fans, asking us if they could stream our music without being flagged or muted.”

“Conversations started from there, then really started coming more into play when Twitch first announced their music beta.”

You can check Rhymesayers full collection of Twitch policies to see how they’re handling this streaming business with game streamers. They request that streamers use their track listing bot, for example. Another way they suggest streamers show their support is with a Rhymesayers image and link in a panel in their channel. 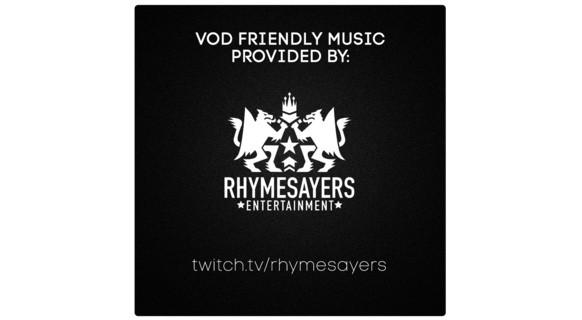 “We try our best to be where our fans are,” said Dope.

“[We’re] hoping that our new Twitch channel will cater to both gamer and non-gamer fans alike.”