Whether Comcast and Time Warner Cable will become one in the business world is yet to be seen, but the two appear to already be kindred spirits when it comes to customer service. Comcast was recently in hot water when customers stepped forward showing bills in which their names had been changed to something offensive: in those cases, there was A*****e Brown and Super B***h Bauer, among others. Now a Time Warner Cable subscriber has come forward with a similar story, revealing that her own name was changed.

Time Warner Cable subscriber Esperanza Martinez of California recently experienced some trouble with her cable box, and she took to TWC’s live chat feature to try to get help. She says she wasn’t upset when the problem wasn’t fixed through that method and a technician was instead scheduled to come out and troubleshoot it. 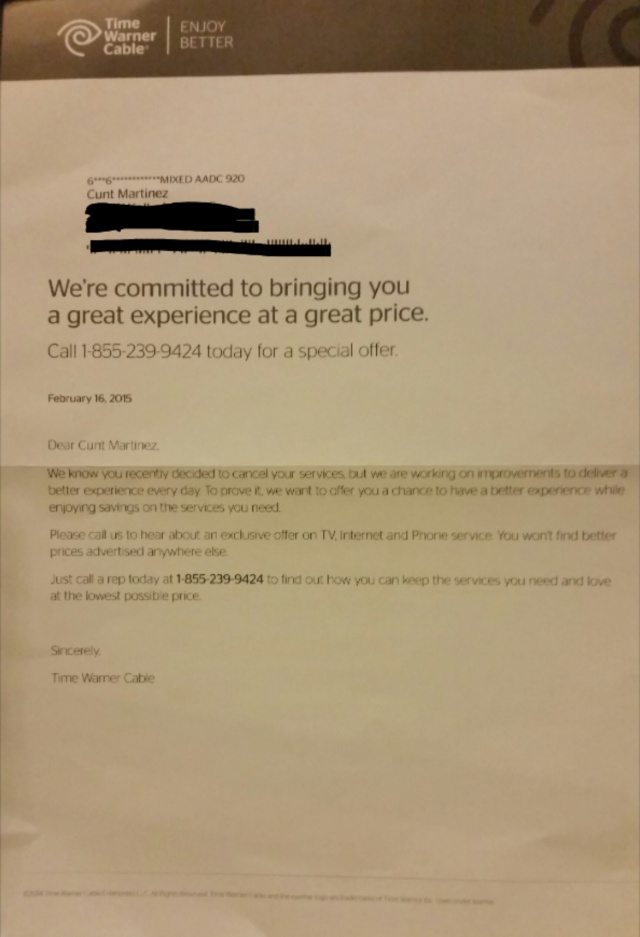 Time Warner said through a spokesperson that it has apologized to Martinez, and that the name change was made by a worker at one of its third-party vendors — which it says it has dropped as a result of the incident. It also said that changes will be made to stop this kind of thing from happening.