At its event today, Apple has introduced the new Apple TV, details about which we’ve already gone over. The new Apple TV controller, you may have noticed, has more buttons, and that’s because the new console is able to do more than before, including games. The new tVOS software brings things like Crossy Road, Guitar Hero, and more to your living room TV. Apple TV is based on iOS, but built for use in your entertainment system.

Apple TV brings with it a new Netflix app and a rehashed HBO app, as well as updated Hulu app and others needed to get your content fix. It also puts a big focus on games, allowing your kids and you to play different titles on the big screen sans a dedicated gaming console. You can play Disney Infinity, Shadowmatic, and more. 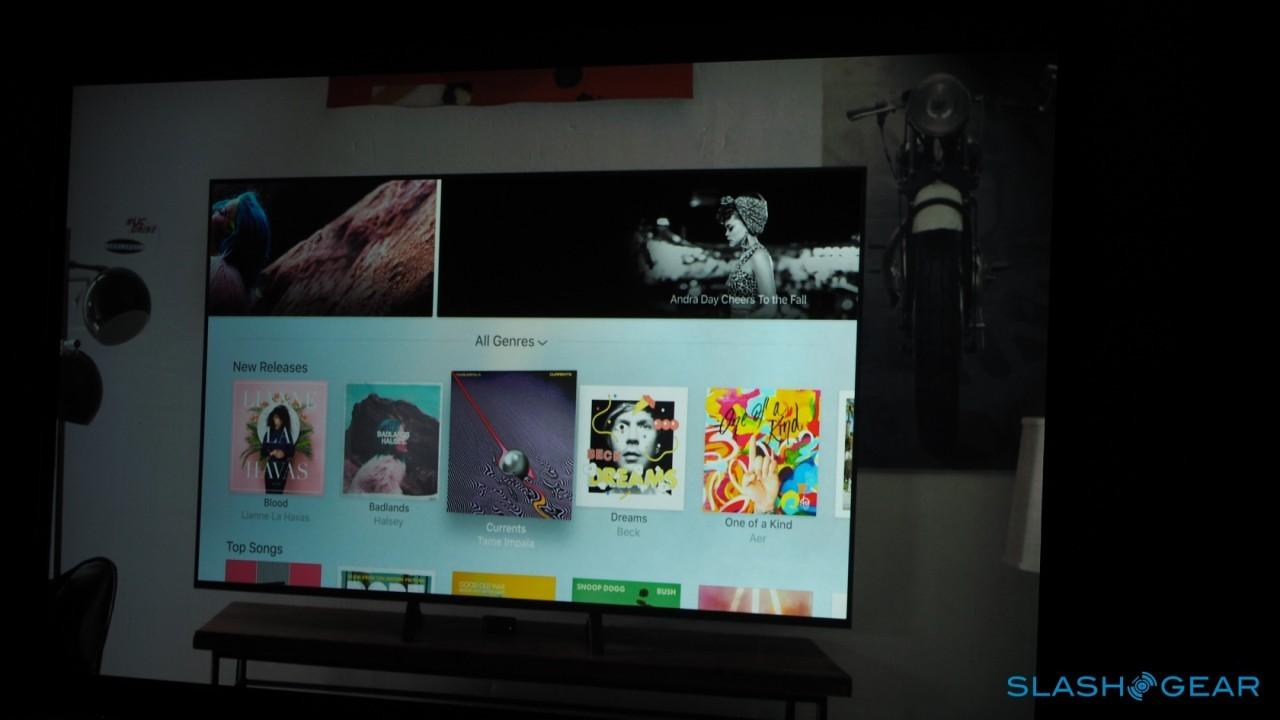 Apple showed off playing Hipster Whale’s Crossy Road on Apple TV, which in this case involves swiping the remote around to move from side to side, and clicking to jump forward. And, of course, there’s Guitar Hero, which is likely a bigger deal for most owners.

Apple’s new Apple TV brings all the content you’d want to your television, and games, of course, are only a small part of what if offers. Hit up the SlashGear Apple Hub to see all the latest news coming in from Apple’s September event, including details on the other devices Apple has shown off today.