Space Force looks more like a joke each time the Trump Administration mentions its name. Today is no different. Earlier in the day Vice President Mike Pence made a public speech about how the “Department of the Space Force” should be made official by the year 2020. This afternoon an email was sent to Trump supporters asking them to vote online for their favorite Space Force logo.

A surprisingly calm-toned report of the Pence talk this morning can be found at Military dot com (not an official government website.) Below you’ll see a Tweet from reporter Sahil Kapur which notes how the email about Space Force logos was delivered to Trump for president campaign supporters from Trump’s campaign manager in an email this afternoon.

Below you’ll see reporter William Gallo posting the same images with the TRUMP PENCE and TRUMP MAKE AMERICA GREAT AGAIN COMMITTEE in all caps logo – did I mention TRUMP? They want YOU to have a say.

The Trump campaign wants people to vote for the new Space Force logo. The choices: pic.twitter.com/dqNy8pQ53L

These logos are a farce, and this re-naming of duties already assigned to already active government groups is a distraction, or, if you prefer:

On the one hand, Space Force is a foolish idea that solves no actual problems, but on the other hand, it's a great way to transfer taxpayer money to defense contractors

The groups already in charge of every duty Mike Pence and Donald Trump listed so far are the Air Force Space Command and NASA. They already exist. Also, have a peek at these logos next to already in-service logos from NASA, Star Trek, and a couple of video games – especially No Man’s Sky, from which they seem to have lifted the font as well. Also be sure to ask Michael Okuda what he thinks of his design language being lifted without his permission and mangled beyond recognition. 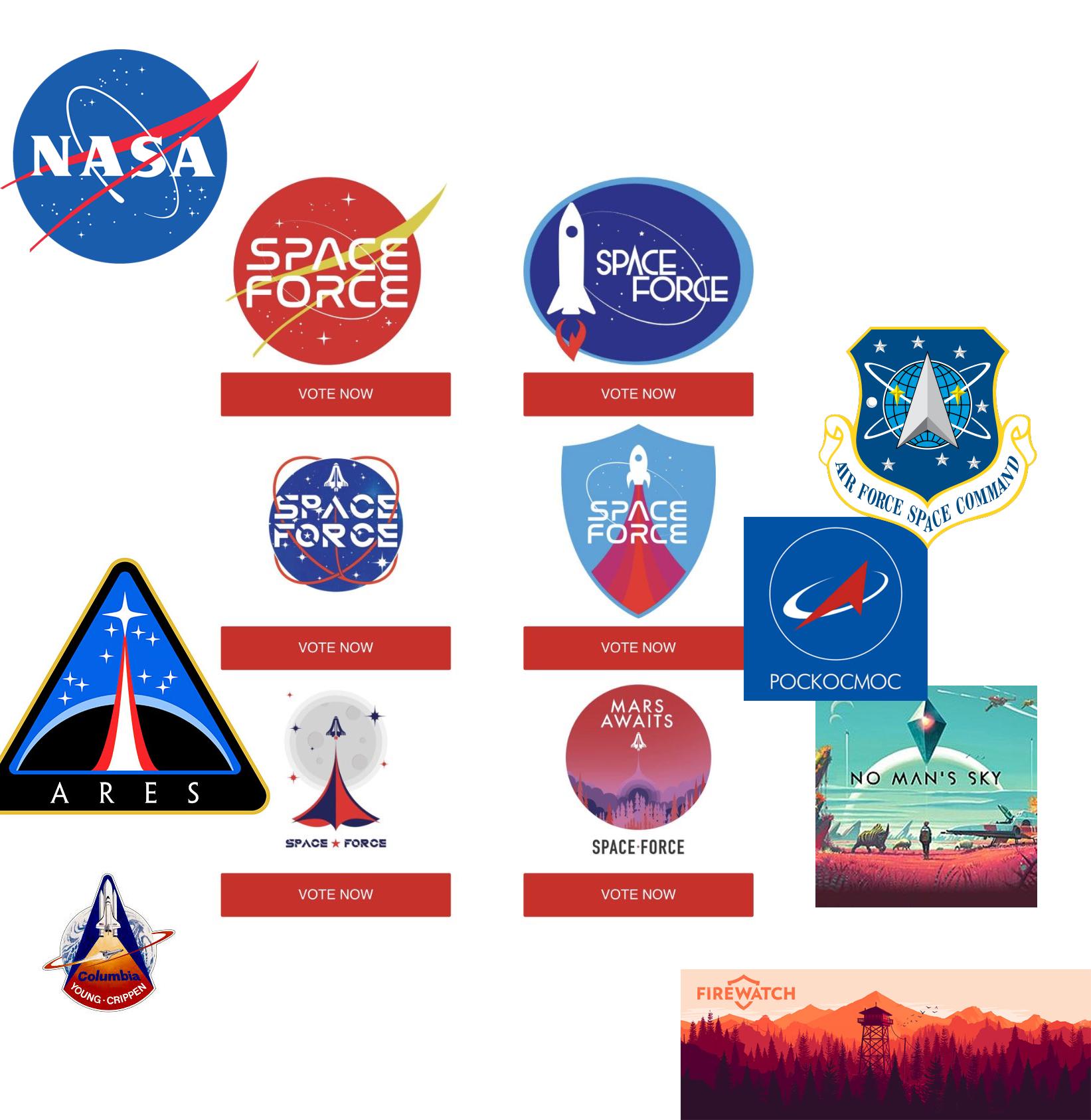 Trump made a tweet on Twitter from his golf course on vacation. Public records show Trump has been at his golf course in Bedminster since Friday, August 3rd, with a brief visit to Ohio on Saturday, August 4th for a presidential election rally (for himself), after which he returned to his golf course. You can follow Trump’s movements on Factbase. The Tweet came immediately after the Pence announcement this morning, and the Tweet (from Trump) said: “Space Force all the way!”