Today we’re having a close look at what it means to roll with the LEGO set #21314: TRON Legacy Light Cycle. This is a LEGO Ideas set, working with an original design by a couple of brothers from England. The final design takes what was originally envisioned – a single light cycle, and expands by 2x, bringing about Sam Flynn, his light cycle, Rinzler, his light cycle, and a dual-sword-wielding Quorra.

Inside this box is one of the most solid sets I’ve put together. Not because it includes a lot, but because there aren’t any stickers required to stick, there are only two bags of bricks, and the directions are very brief. Everything I could want from this LEGO set is here. Except for all the other characters from TRON Legacy and TRON. 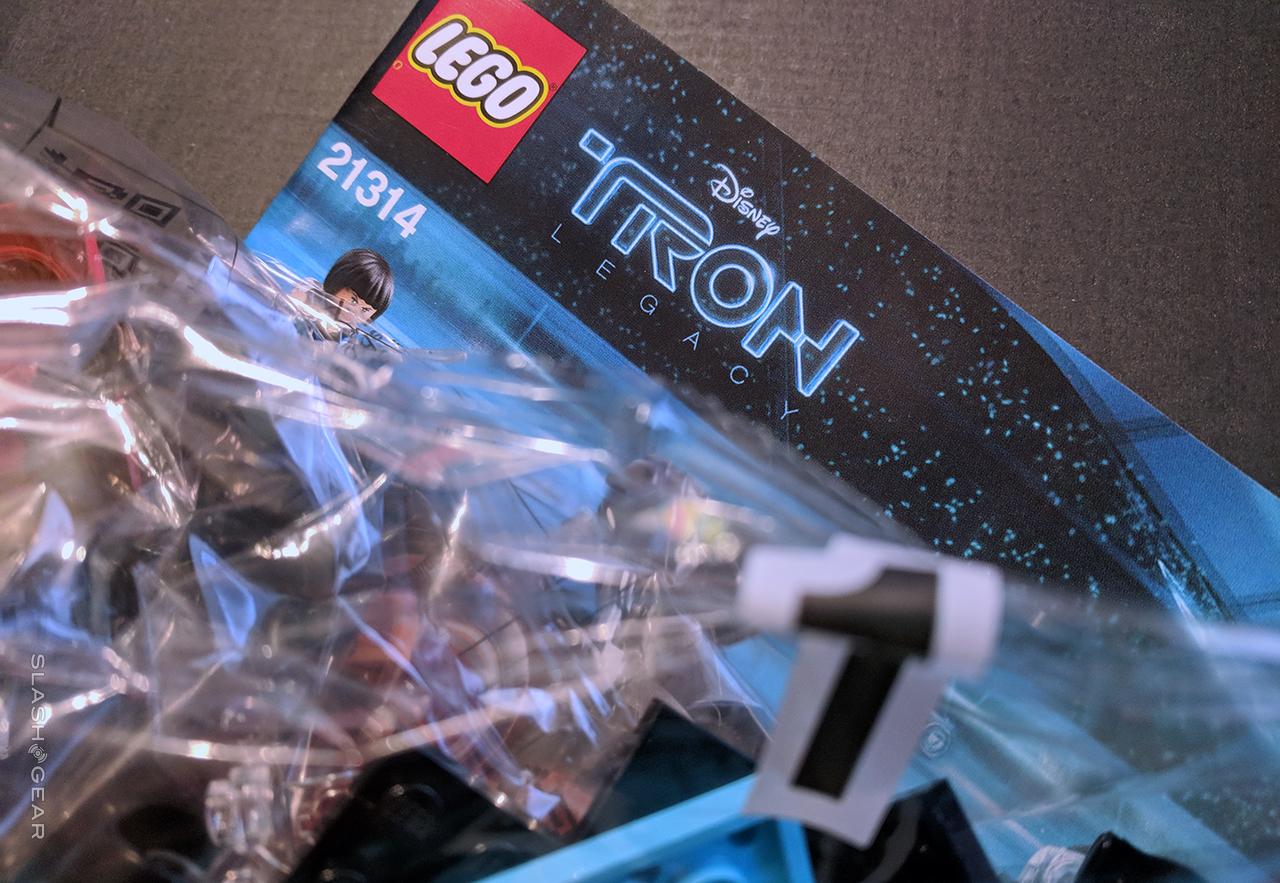 Instructions yield a quick build, starting with the light surface of the GRID. On top of this, we’ve got Sam Flynn and Rinzler, aka TRON. They’ve got a hankering to do battle in DISC WARS. 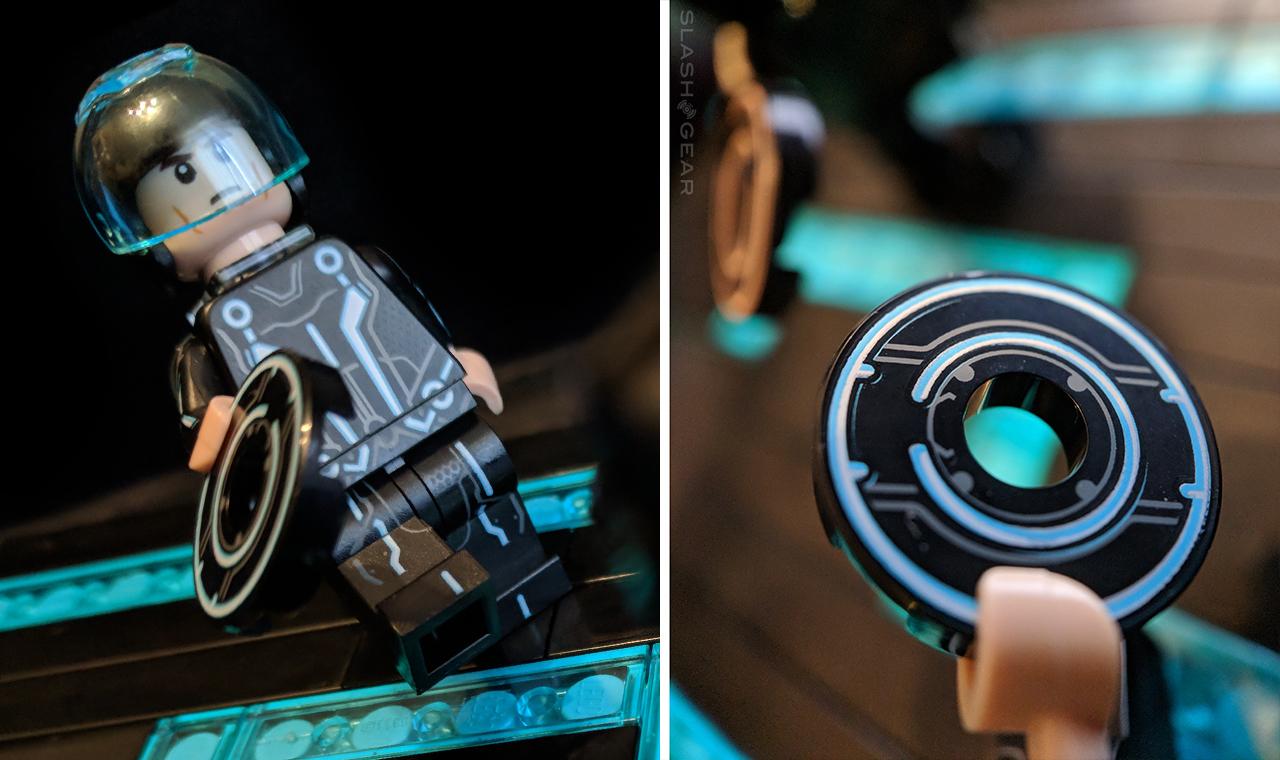 Details on these characters are just about as extreme as I’ve seen a set of LEGO Minifigures get. That is to say detailed as in sharp, not necessarily in printing on all sides – since they don’t really need it? Something like that. 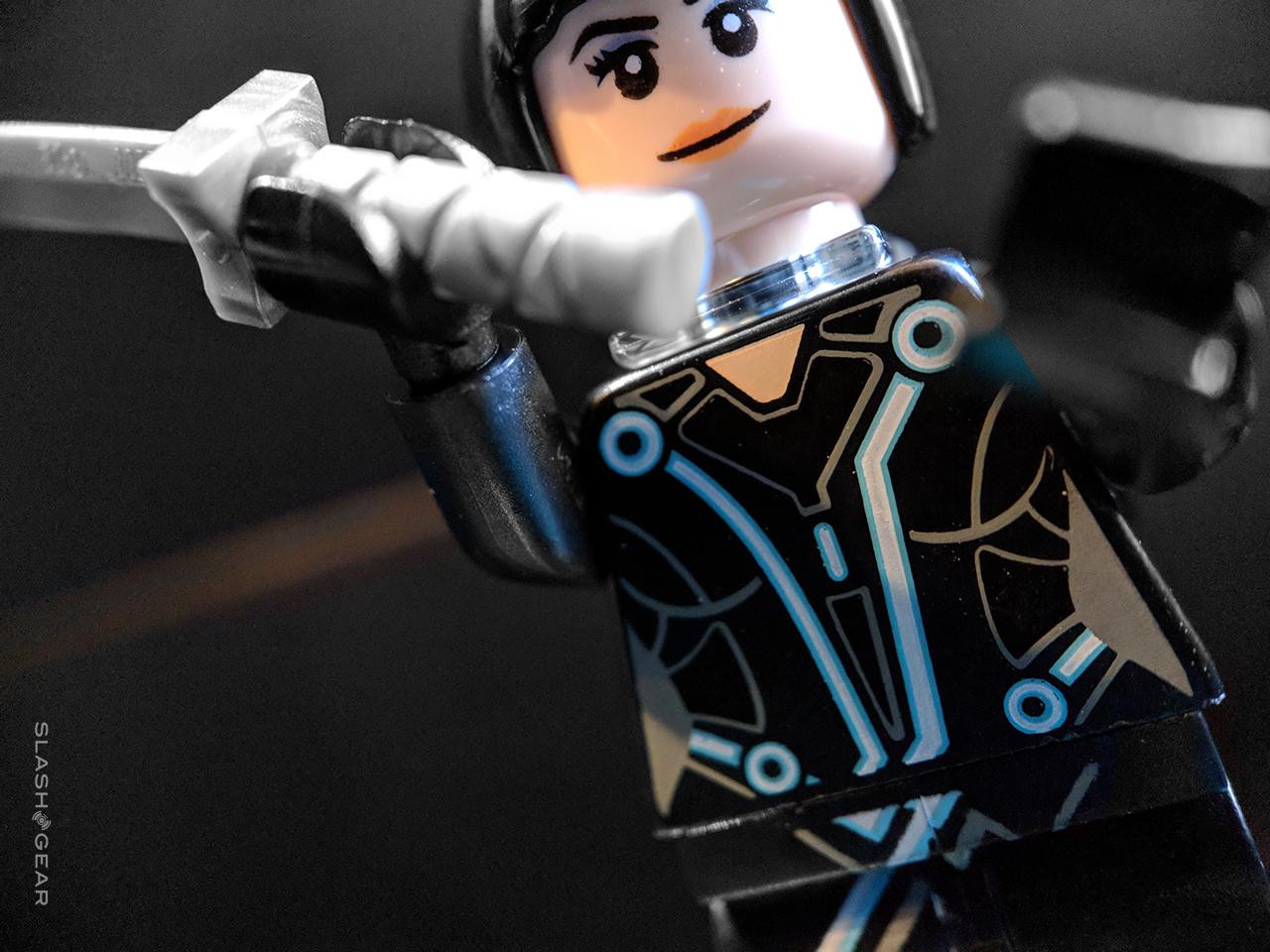 There’s printing up the side of the arms, on top of the helmet, and on the characters’ identity discs. Have a peek at Quorra’s tattoo-like markings up the side of her arm: 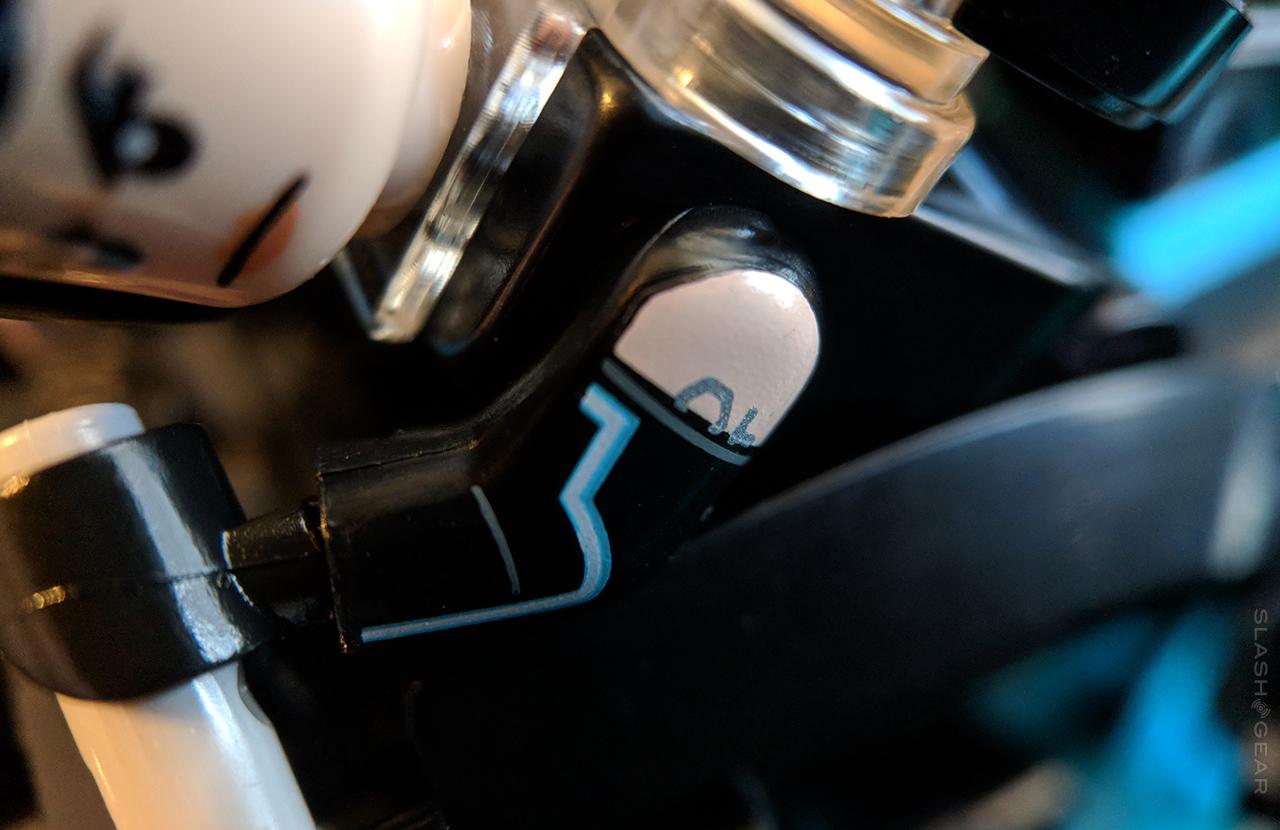 Remaining largely film-accurate with the important details, Quorra and Sam have one disc each, while Rinzler has a pair. Rinzler has a backpack stick piece to keep two discs at once, while Sam and Quorra have backpack pegs. 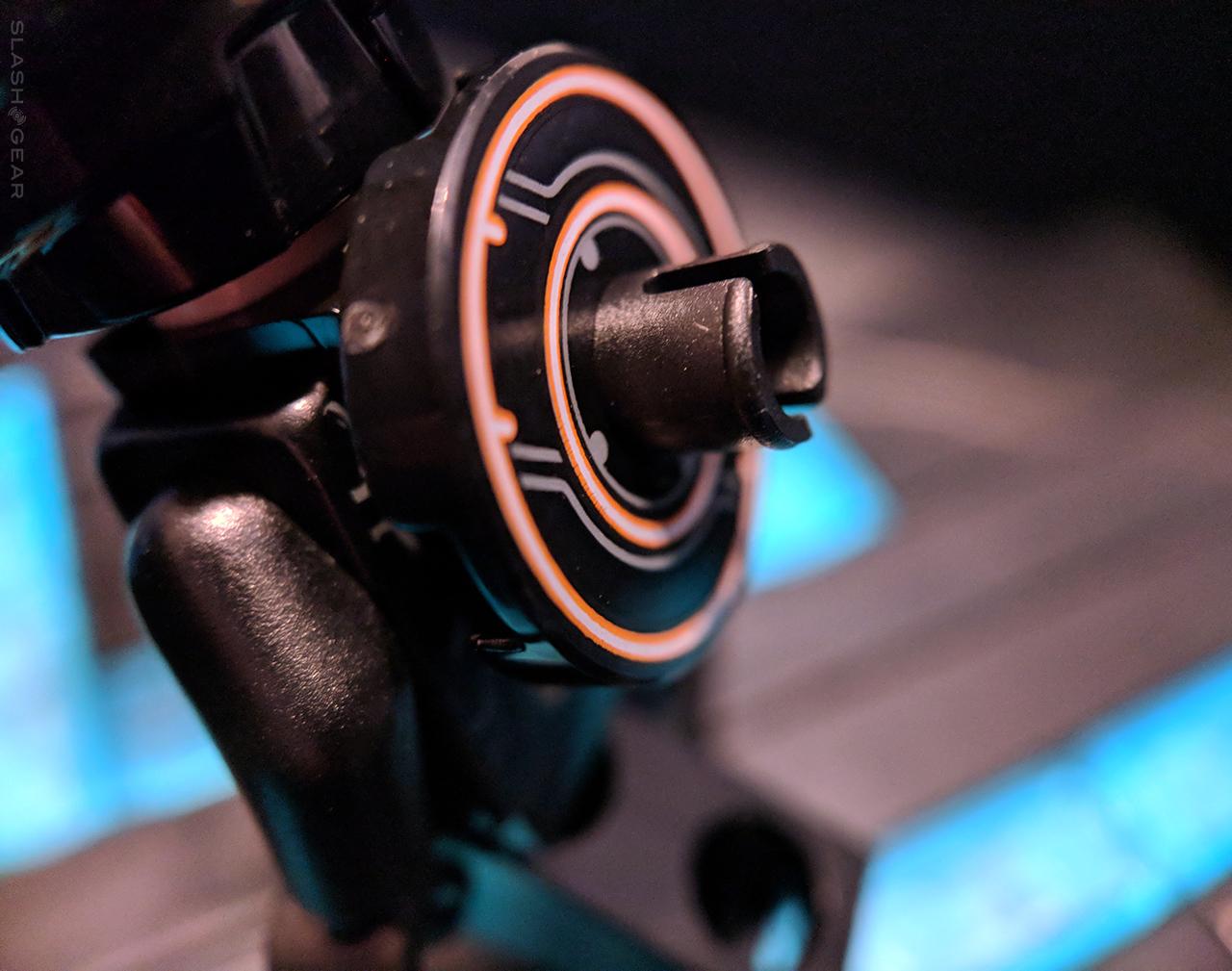 Quorra has a pair of swords she can use to annihilate minions of CLU, and CLU too, if we ever get a CLU figure. Cross your fingers and your toes for that. You might want to customize these swords with a bit of light-up blue to make them more screen-accurate. For now, they’re just pearlecent silver. 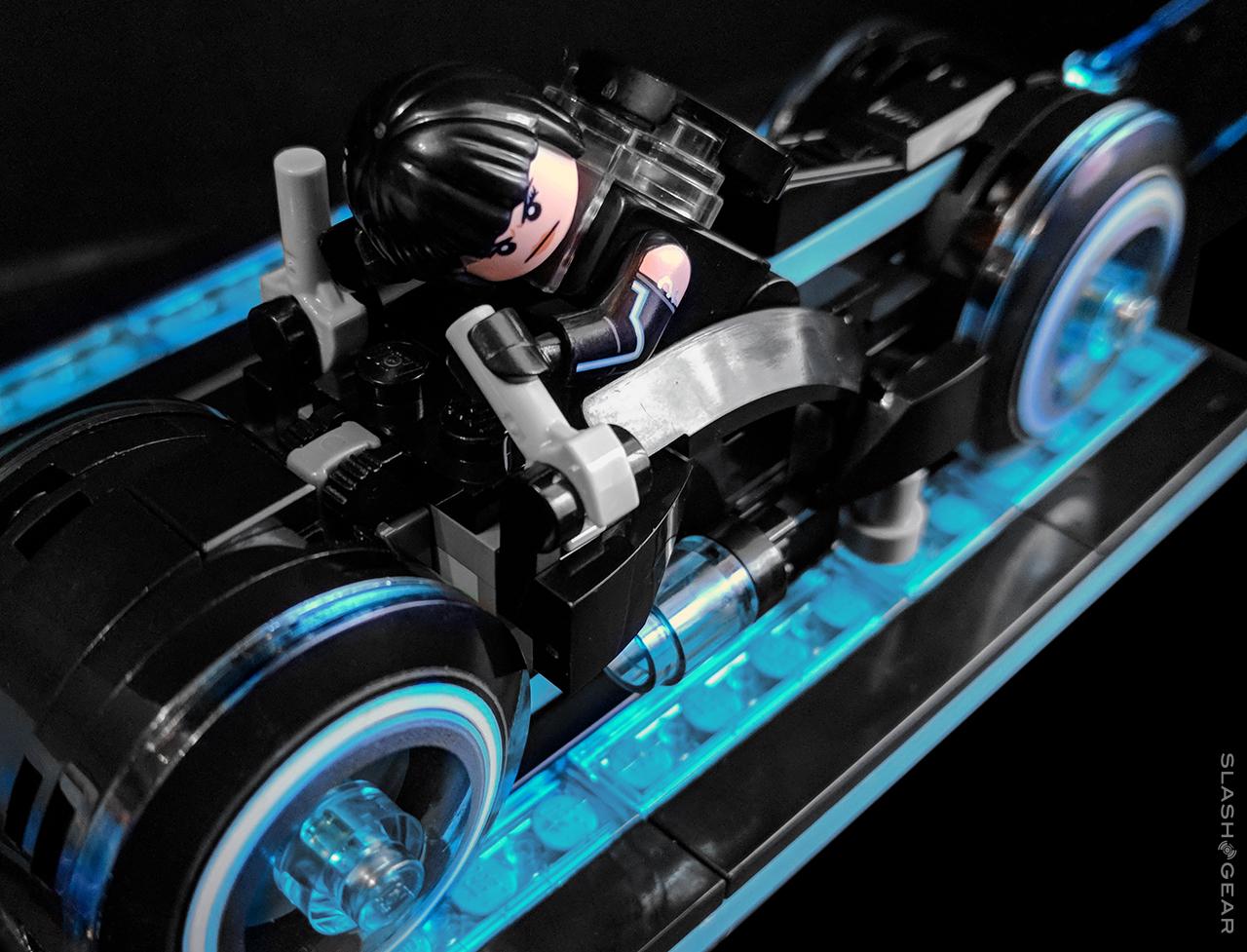 Quorra is just as able to ride either light bike as Sam or Rinzler, but for a high-flying end-pose you might want to consider a sword as a monopod. That way she’ll be able to go all Luke Skywalker on Rinzler before he crashes his speeder bike into a wall. 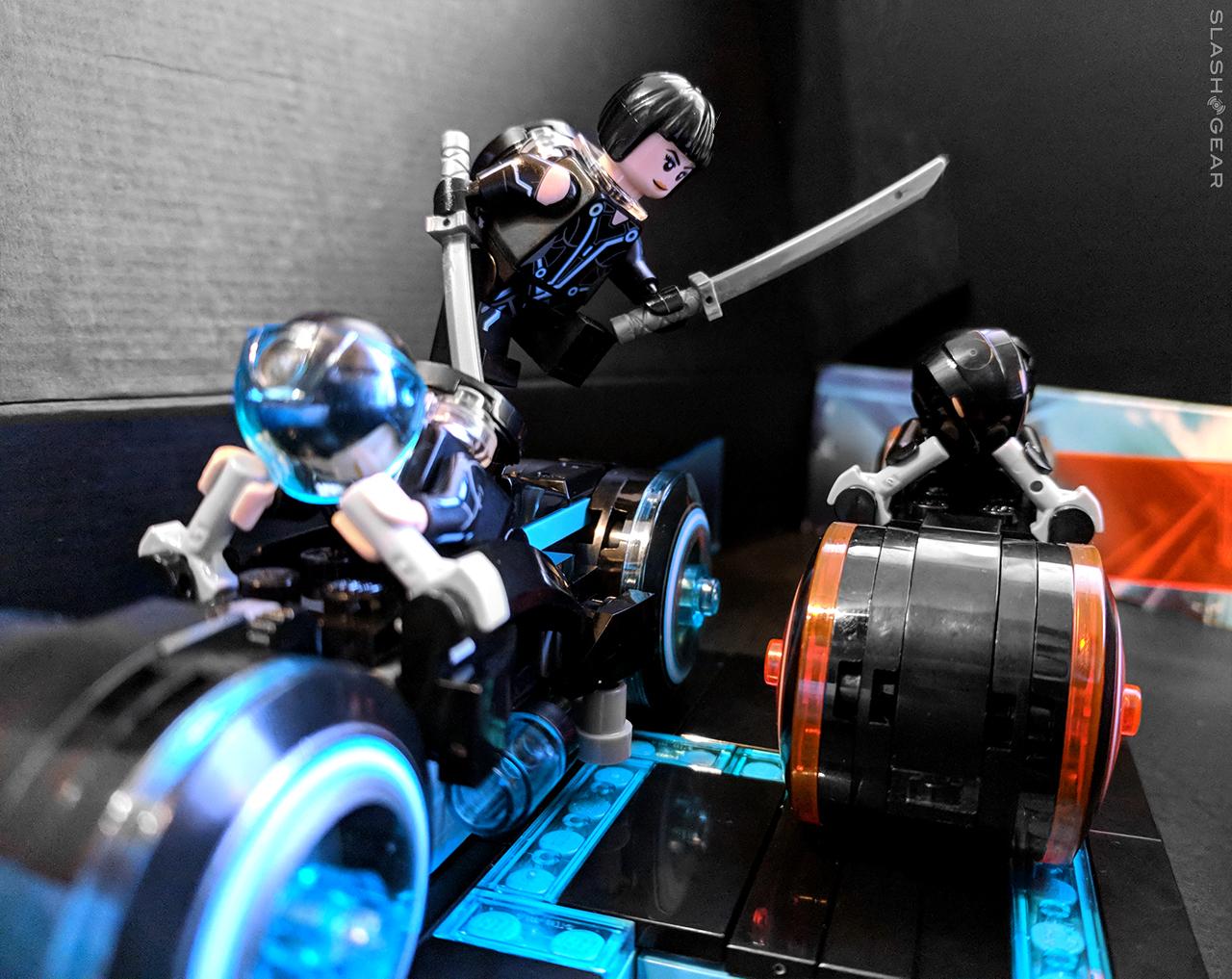 Both light cycles have moving wheels, but they’re not the sort of wheels that you’ll really be using. They’re not gripping to any surface, really – this is more about balance. Under the bike is a long one-line brick that keeps the bike further balanced on any surface. 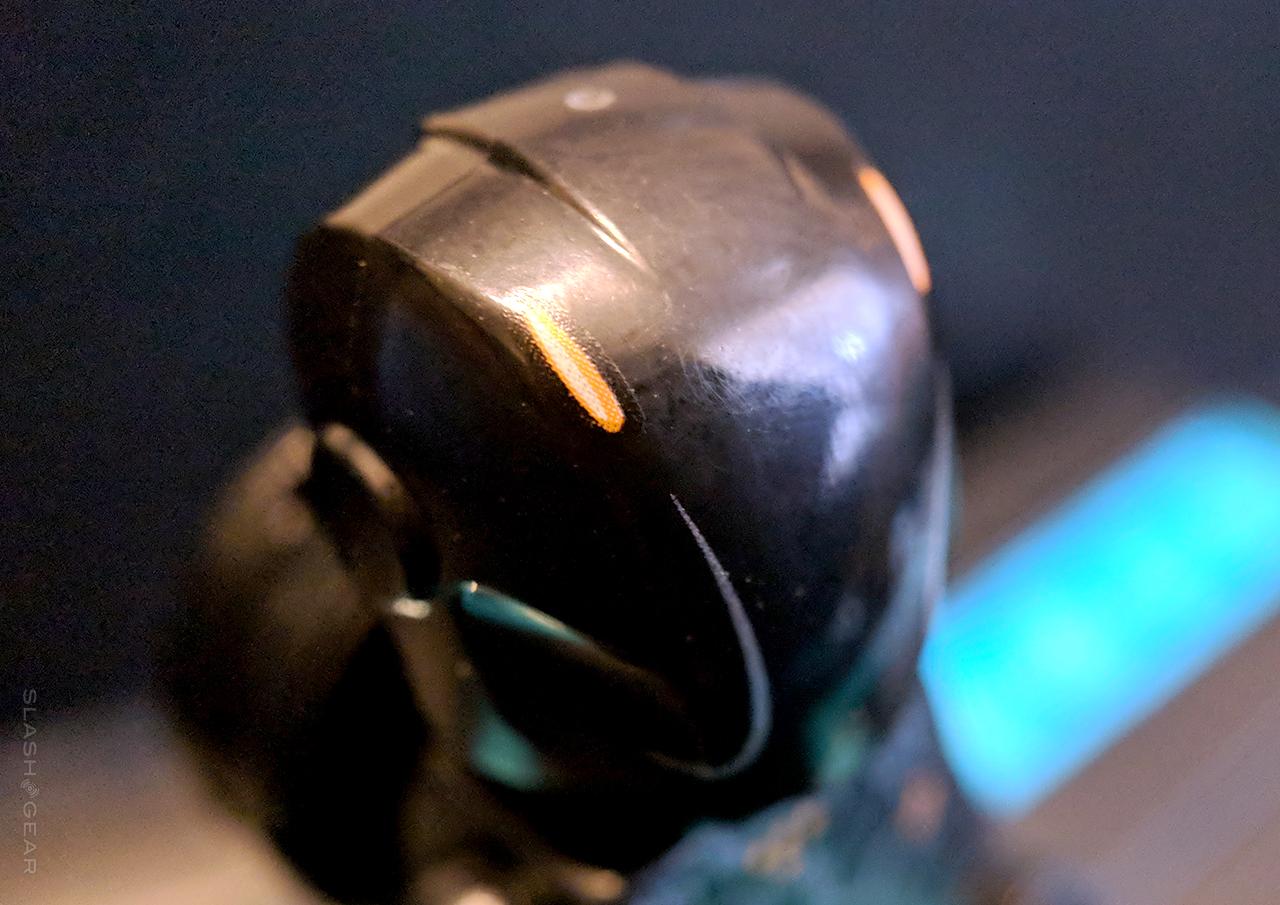 One element we’ve not photographed here – Flynn’s hair. It’s spiky and orangy/brown. It’s accurate to the film, but you’ll probably never end up using it. Why would you when you’ve got a unique helmet with transparent blue face-shield? Don’t be crazy!

Above you’ll see a designer video for the end-product LEGO designer – master builder – who finalized the design for this set. This is different from the original LEGO Ideas set creators, the brothers Drew and Tom from Devon England. 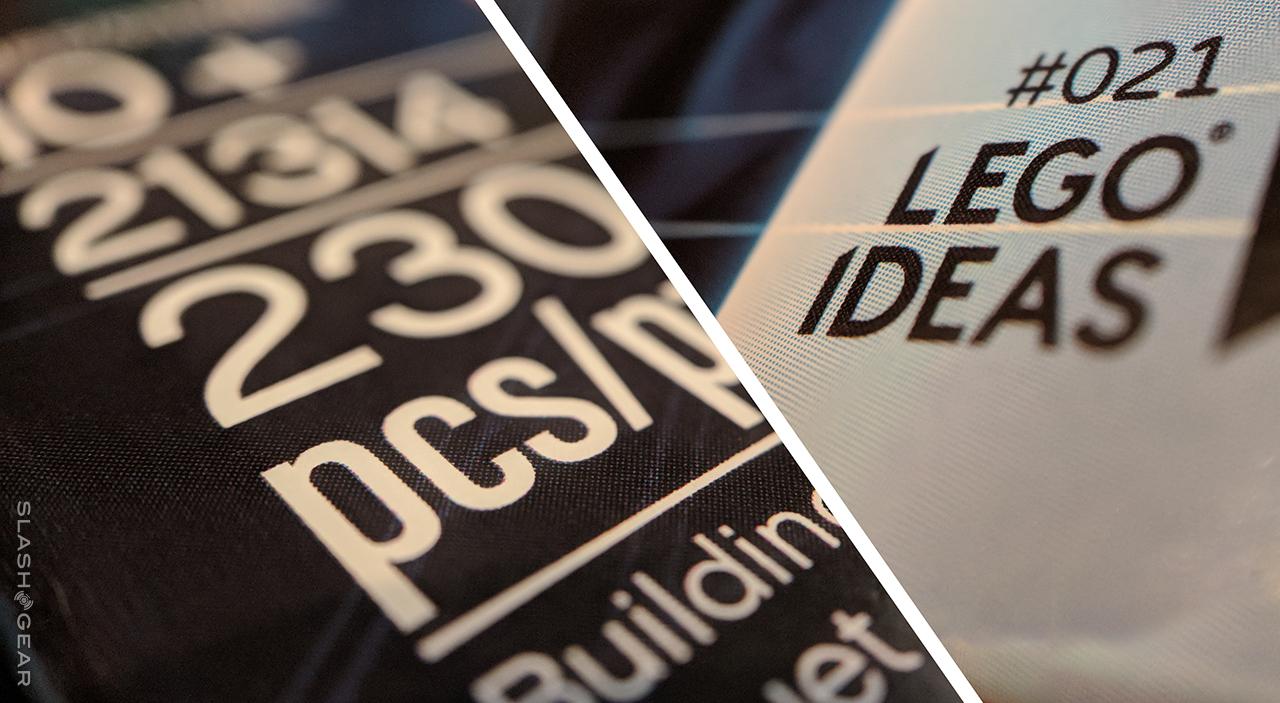 This set is LEGO set 21314 LEGO TRON Legacy Light Cycle, and it comes with 230 pieces. It’s also LEGO IDEAS Set #021. This set can be purchased directly from LEGO online and/or wherever fine LEGO sets are sold for around $35 USD.