If you’ve ever had the need to store terabytes of data and have those accessible to any and all of your devices, then you had probably taken a look at some services like Dropbox and its kin. However, if you are on a tight budget or are quite conscientious about privacy issues, then the Transporter Sync might offer a better choice.

Transporter Sync comes from Connected Data, a cmpany whose members trace their industry roots to names like Drobo, Handspring, TiVo, and more. Late last year, Connected Data put forth a Kickstarter campaign that introduced the original Transporter, a rather odd-looking contraption that lets you store and sync your data with other Transporter devices anywhere in the world. Now the group has come up with another device that takes the concept just a bit further.

As the name implies, the Transporter Sync, which sports a less unorthodox truncated cone design, is made to sync your data. Its difference with the earlier Transporter is that it doesn’t have its own internal storage. Instead, it is able to utilize any external drive with a USB cable, supporting capacities up to 4 TB. In contrast, the original Transporter comes with its own internal 2.5-inch SATA II drive that puts limits on the amount of data that can be stored. 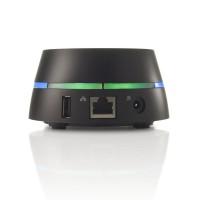 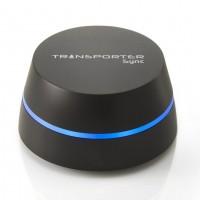 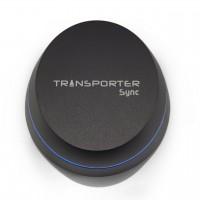 Once the drive has been plugged in and the Transporter Sync connected to a network via an Ethernet cable, devices can easily share and sync files from any device from anywhere in the world, just as if they were using something like Dropbox but without the monthly charges. Those who are mindful of their privacy will no longer have to worry about third parties snooping in on their files, as all data are kept private. Add a regular Transporter into the mix located somewhere else and you basically have a secure offsite backup. Below is a video that shows some of the various features and uses for this personal cloud solution.

The Transporter Sync is priced at $99 with a 30 day money back guarantee, definitely a bargain when compared to monthly or annual fees from cloud storage and syncing services. The official Transporter Store ships to the US only but one can also buy from partners such as Amazon or Google Shopping for international purchases.

SOURCE: Transporter
VIA: Bless This Stuff