Traeger Pro 780 Review: Why your next pellet grill needs WiFi

Being a pit-master is a serious business, sweating over a smoker, tending its coals, and coaxing delicious flavors from hunks of meat after hours of careful cooking. It almost makes the Traeger Pro 780 feel a little blasphemous, in fact: the combination of picking from a range of tested recipes, dialing in a temperature, and then tracking it all from an app on your phone via WiFi could be accused of being too foolproof to be authentic.

I like foolproof – I, in case it’s not entirely clear, am the “fool” in this scenario – and I like food. Armed with several dozen pounds of meat, fish, and sides, I took on the arduous task of putting the Traeger Pro 780 through its paces. 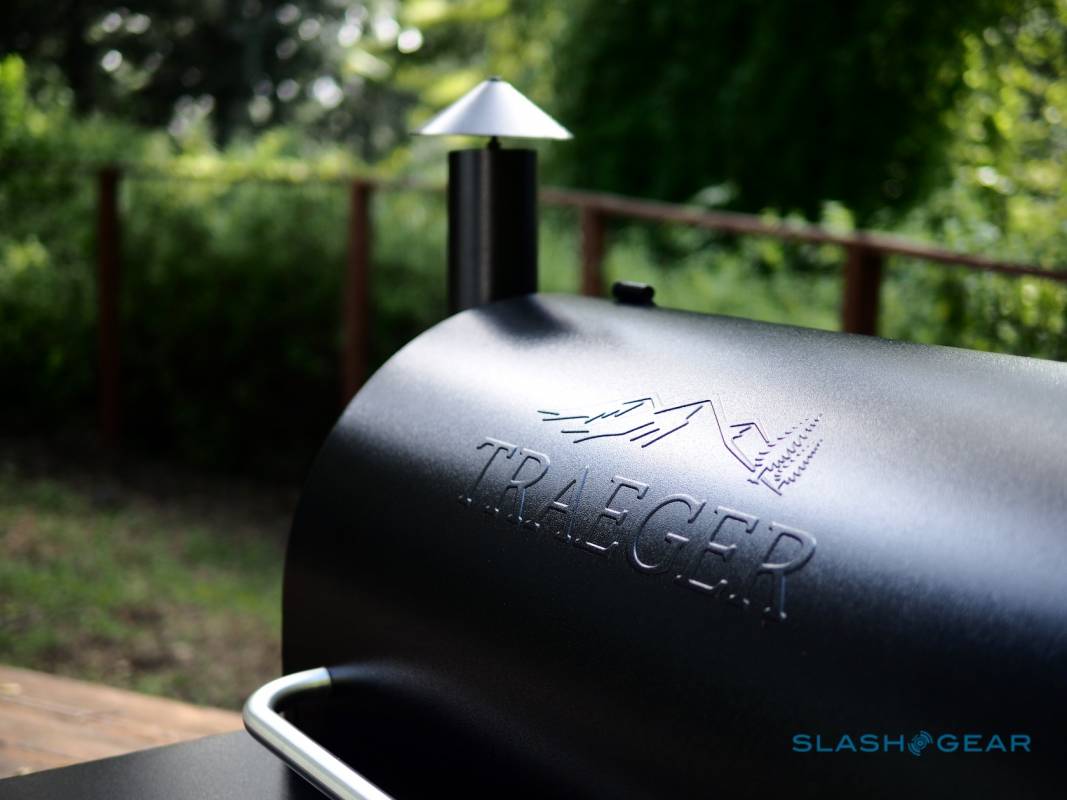 For 2019, the Pro series consists of two models. The Pro 575 is $799.99 and has 575 square inches of cooking space: it’s split between a full-sized grate and a half-width one above it. The Pro 780 is $999.99 and, as you’ve probably guessed, has 780 square inches of capacity. It’s the latter I’ve been reviewing, which Traeger suggests you could fit six chickens, six slabs of ribs, or a full 34 burgers on at once, if you were so inclined. 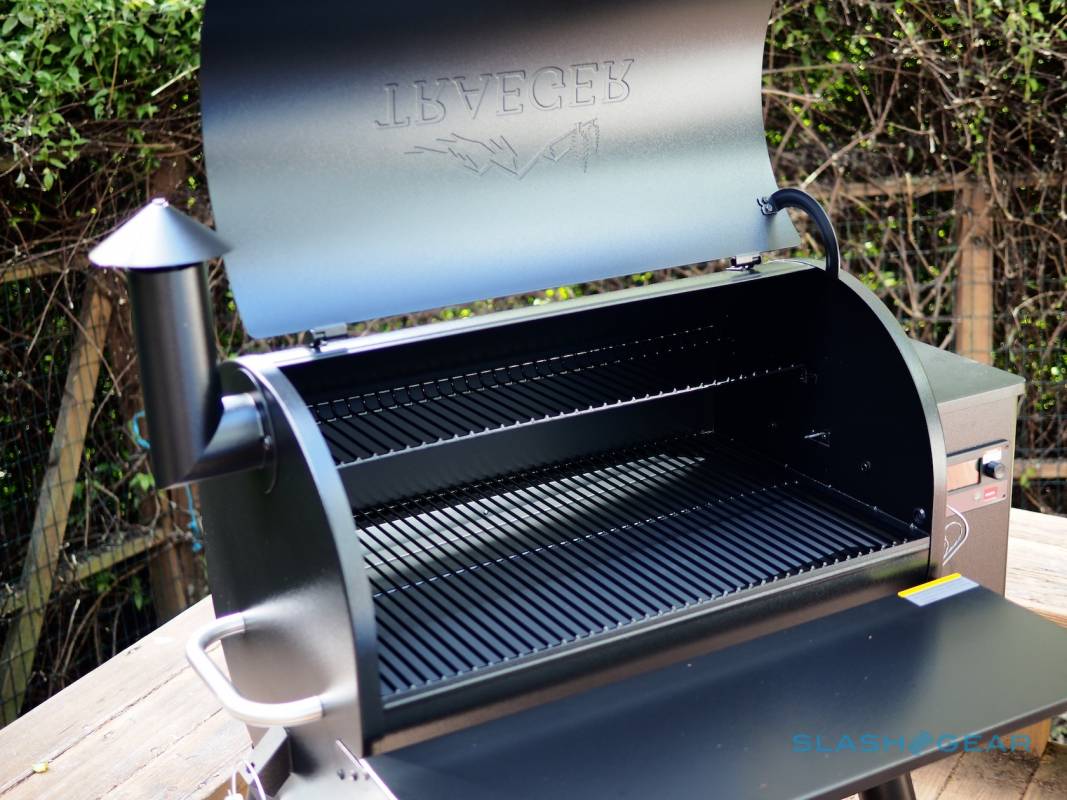 Regardless of the size you opt for, the mechanics are the same. You fill a bin on the right side with wood pellets – Traeger offers about 14 varieties, all hardwood and produced in the USA – and then a screw-like augur slowly moves them into a fire pot in the middle of the grill. By adjusting the speed of that screw, and with the judicious use of an automatic fan, the Pro 780 promises to stick to whatever temperature you set it. It’ll go as low as 165 degrees, or as high as 500.

Obviously, if you open the lid, the grill cools rapidly. One of the boasts of this 2019 upgrade is the addition of Turbo Temp, which Traeger says will help get back to temperature after that happens. Unsurprisingly just how fast depends on what temperature it’s set to, but I found it could crank back up at a rate of around 5-10 degrees per minute. 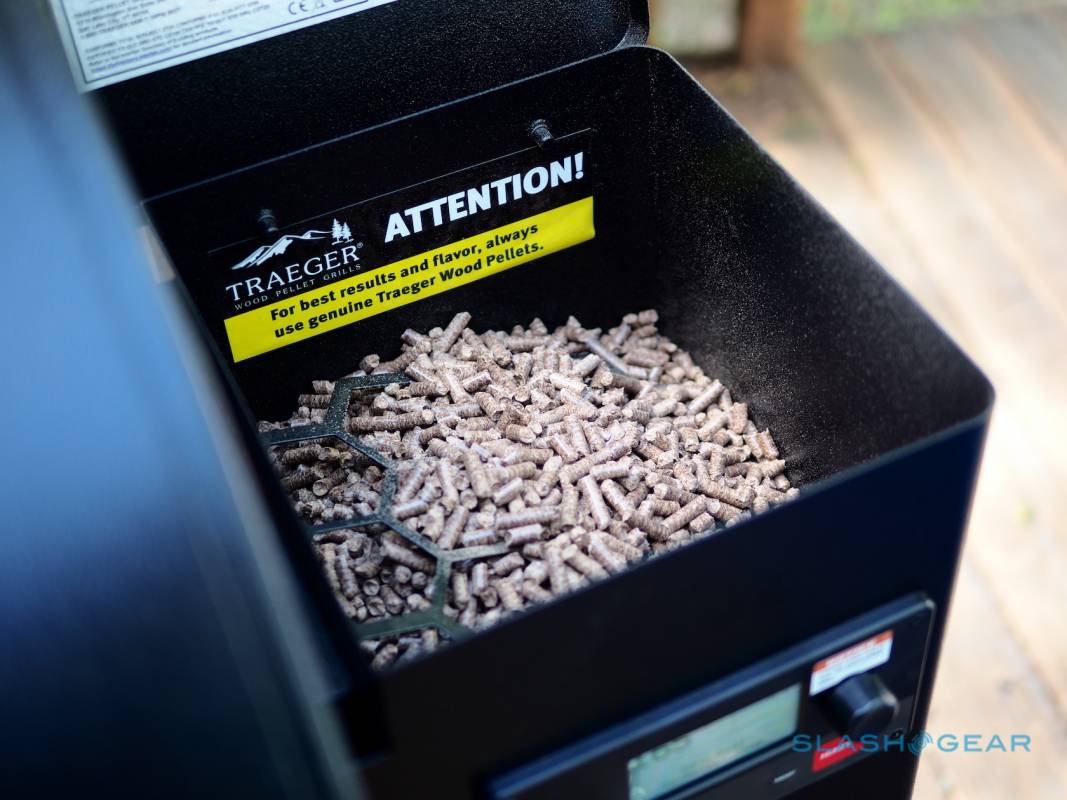 Assembly is, officially, a two person job. In practice I needed some help turning the grill the right way up, after screwing on the legs, but other than that it was fairly straightforward. Traeger’s instructions are clear, the smaller parts like nuts and bolts are all individually packaged, and there are tutorial videos on YouTube to help you visualize it.

Once it’s put together, it’s a case of plugging it in – the power cord is a little on the short side – and then connecting it to your WiFi. I had a couple of issues getting it online initially, but after that it automatically reconnected whenever I powered it on.

Does a grill need WiFi?

As I’ve talked to people about the Traeger, the most common question is “why does a grill need an app?” It’s a good question, and one I asked myself at the start. In practice, though, there’s a lot to like about having remote control over the smoker when you’re away from it. 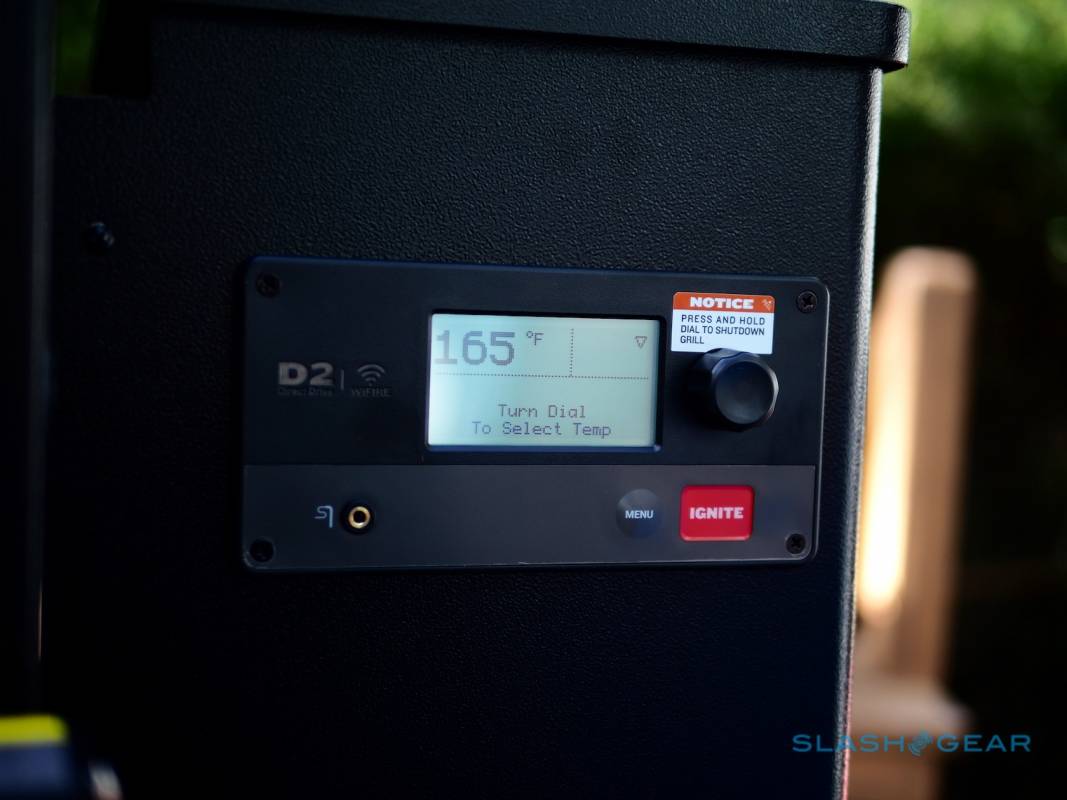 Getting things going requires you to be physically at the grill: you can’t ignite it from the app. Since you’re officially meant to clean it out every twenty hours or so, that’s probably a sensible precaution. That cleaning process requires lifting out the grating and the drip pan, then removing the heat baffle from over the flame pot. Not something you’d want to do when it’s all still hot.

I found the easiest way to clean was with an old vacuum cleaner, then put fresh foil on the drip pan and fit everything back in place. You can either set the temperature via the dial on the front panel – in five degree increments – or from a recipe in the app, but you have to physically press the “Ignite” button on the grill itself. Thanks to a fan, it typically takes about 10-15 minutes until it’s up to temperature. 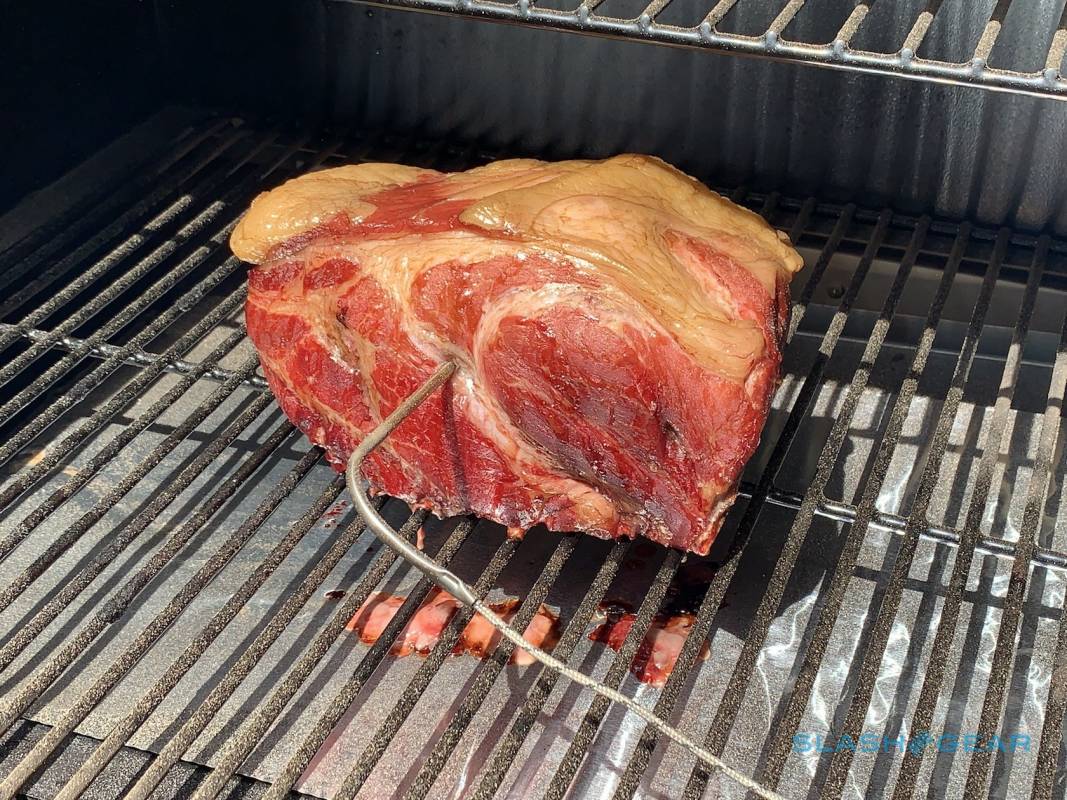 After that, it’s a case of either following a recipe or trying your luck. There’s a thermometer probe which plugs into a jack on the control panel, and then snakes in through a grommet on the side of the grill chamber. Set a temperature limit and the grill will beep when it’s reached; you’ll also get a push notification in the app, though there were times it lagged behind as much as 5-10 minutes before arriving. 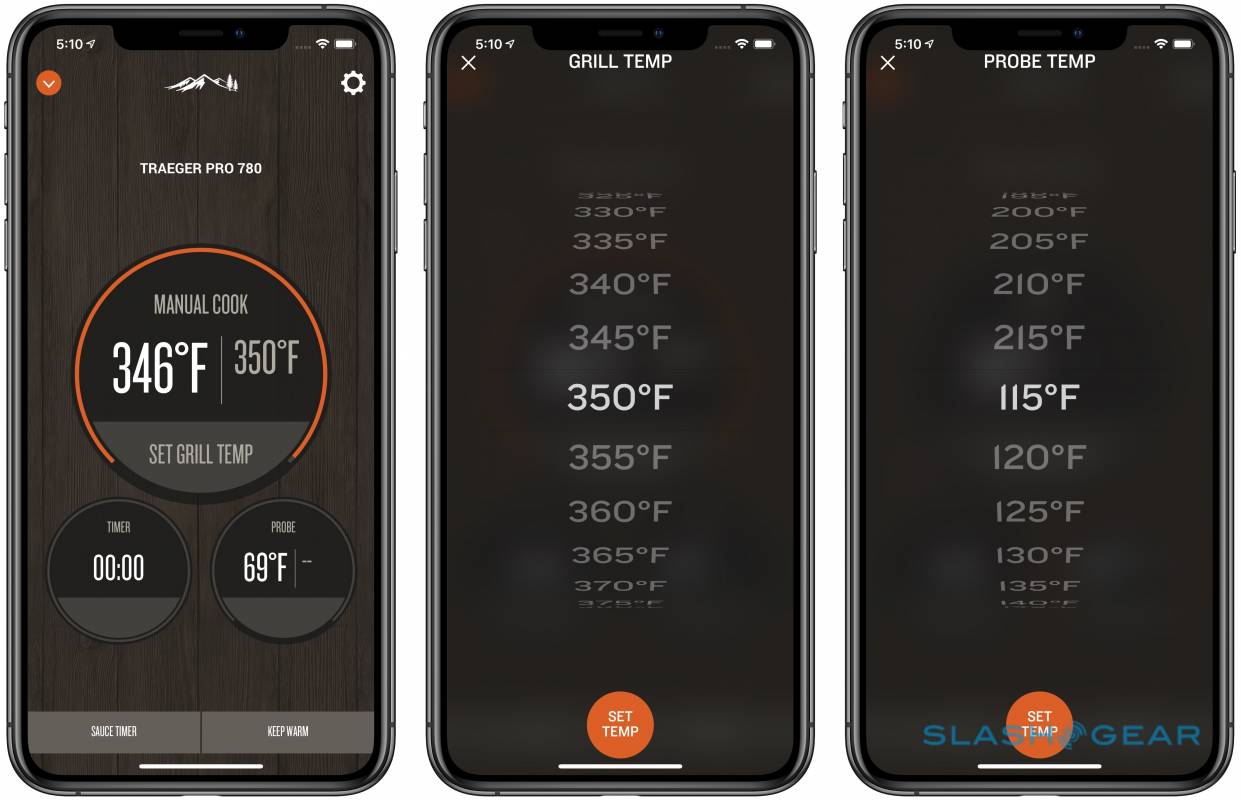 One of the big benefits of the app is the recipe database. It’s organized by food type – pork, beef, lamb, vegetables, etc – or you can search and add recipes to your favorites. Cloud sync means favorite recipes are accessible on any version of the app you sign into. For the most part they’re easy to follow, though since they’re designed to cover all of Traeger’s grills sometimes the process steps don’t quite match what you do on the Pro 780 specifically. 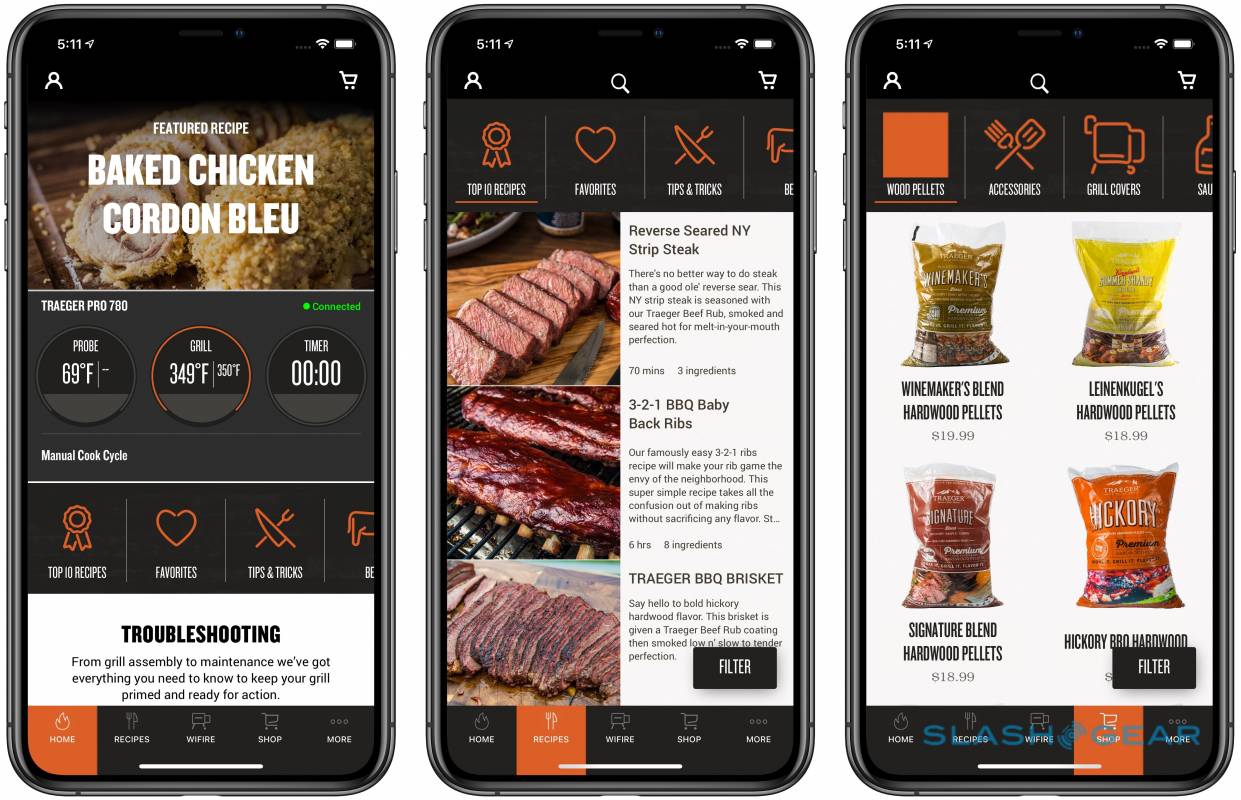 Being able to quickly check both the grill temperature and the probe temperature from my phone proved a huge reassurance. The app can be a little slow to reconnect to the grill at times, on iOS, and I would’ve liked to have been able to set the probe limit in one degree increments, not five. An Apple Watch app would also be welcome, preferably with a probe temperature complication.

Unlike Traeger’s more expensive models, the Pro 780 doesn’t have some of the advanced features. There’s no Super Smoke, for example, which boosts the smoke levels for a more pronounced flavor. More important to remember is that there’s no pellet level sensor, so it’s worth checking periodically to see how full the bin is.

Ergonomic fumbles proved to be my main issues. Traeger sells the fold-down front shelf as a $70 extra, and while it’s convenient it also tends to sag a little. If you’re not careful you can send your sausages rolling off over the deck. The wide front handle on the grill lid is positioned fairly low, too, and so can catch on things on the shelf. 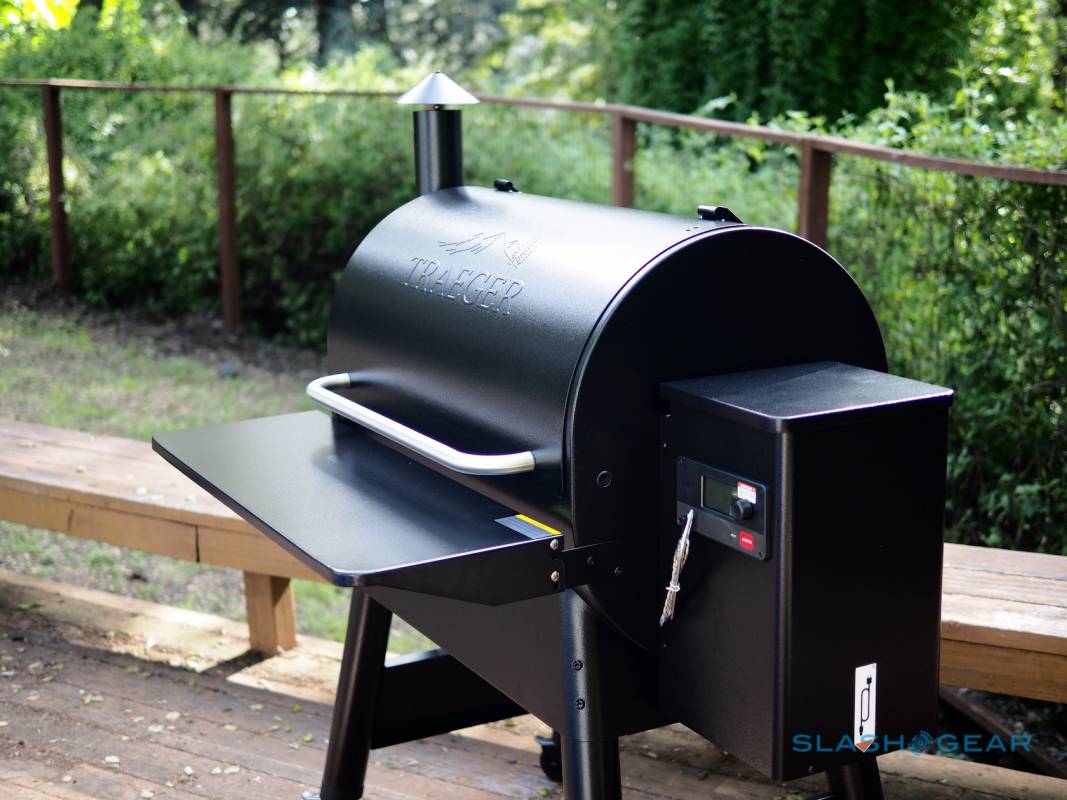 In the app, inadvertently hitting the “Keep Warm” button is a little too easy to do. A confirmation dialog would be a good extra step.

The results are worth it

I don’t want to sound greedy, but I’ve cooked a lot of food on the Traeger Pro 780. A lot. From the very first pork butt I tried, through beef brisket, thick steaks, lamb shoulders, fish, duck, and chicken, I’ve been impressed by how straightforward the process can be. 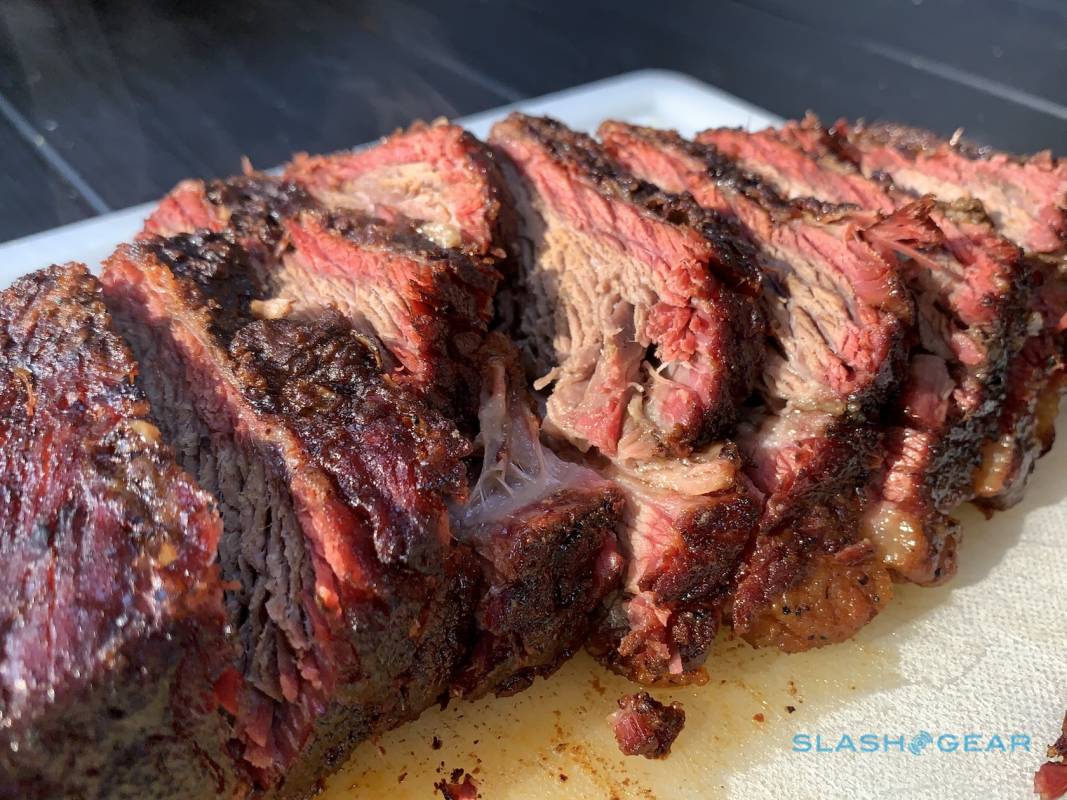 Getting the grill up and running, including vacuuming it out, takes me fifteen minutes or less at this point. Then it’s just a case of waiting for it to come up to temperature, which usually happens in less time than it takes for me to get whatever meat is going on there ready inside. Slide in the temperature probe, set the target in the app, and then it can sit there pretty much doing its own thing until the alarm goes off.

Perhaps that sounds like cheating, and for a while I did feel like I was taking a shortcut. Still, it’s the sort of shortcut I quickly came to appreciate. While I enjoy cooking, and the processes around that, standing and tending a grill for eight-plus hours demands some serious commitment. In contrast, being able to load up the Traeger and pretty much leave it to its own devices while I got on with other things meant I made a lot more use of it. 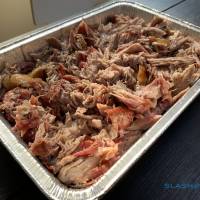 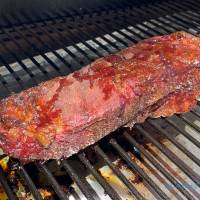 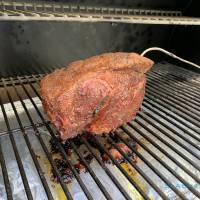 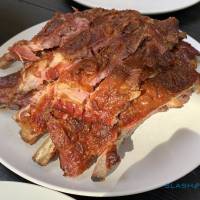 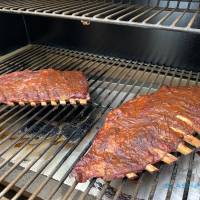 That said, there are times when I cranked my little Weber up again. Getting some coals going for direct heat was quicker and easier on there for rapidly searing a few burgers. It also felt a little wasteful when preparing smaller meals in the cavernous Traeger. If you’re typically only cooking for two, opting for the smaller Pro 575 may make more sense.

Pellet grills were already convenient, and baking in WiFi only adds to that. I’m never going to tell you that a $1k smart smoker is necessary in order to make a delicious meal: you can absolutely get the same sort of results with a far cheaper grill. The difference is in the stress and time commitment involved. 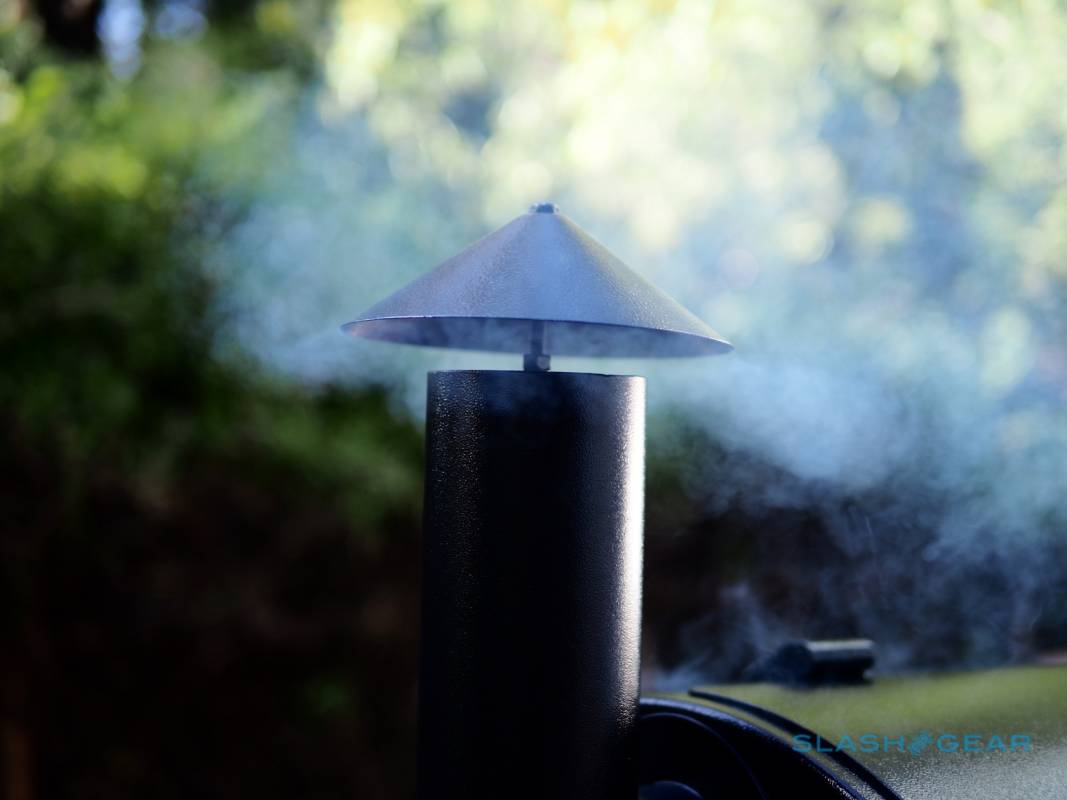 Being able to set a temperature and know that it’s going to be maintained is incredibly reassuring. Similarly, being able to unlock my phone – whether I’m at home or away – and monitor the progress of the cook rapidly became second-nature. Without it, there would absolutely have been times when meals cooked faster than I (or the recipe) expected, and I’d have missed the sweet-spot had I not been able to remotely check in. 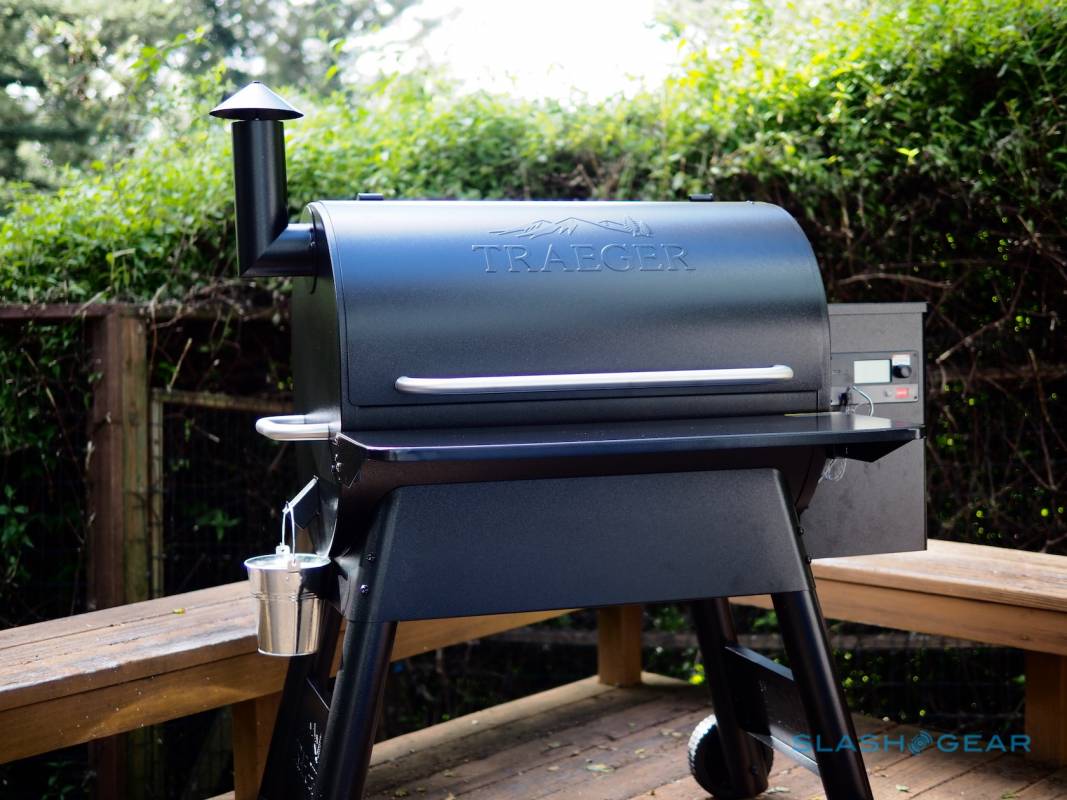 You pay handsomely for that functionality, of course. At around $18 a bag – which I found I went through roughly half of with an 8-10 smoke at 225 degrees – the pellets aren’t the cheapest way of cooking, either. Yet the bottom line I kept coming back to was that I simply made more use of the grill than I would typically with my manual Weber. The convenience and the technology definitely pays off, and in the most affordable way for a Traeger grill so far. 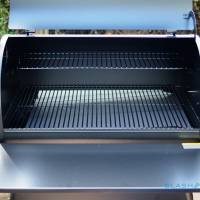 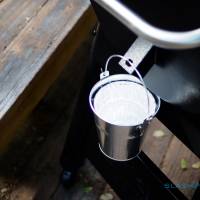 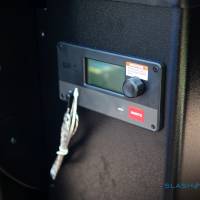 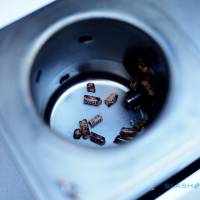 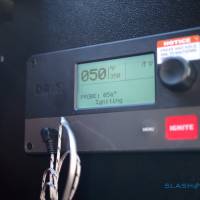