Toyota is working on a heavy-duty fuel cell truck, that could use hydrogen to drive hundreds of miles while only emitting pure water. The project, a collaboration with fellow Japanese automaker Hino Motors Ltd, aims to tackle carbon dioxide emissions by targeting one of the biggest emitters: commercial vehicles.

Toyota is no stranger to hydrogen fuel cells. The automaker currently has a hydrogen-powered car on sale, albeit only in select US markets where fueling infrastructure is available, in the shape of the Toyota Mirai. It has also supplied commercial fuel cell vehicles as prototypes.

Mass adoption of fuel cell transportation, however, has been stymied in no small part because of the shortage of locations to actually fuel those vehicles up. Although the Mirai can be fully charged up with liquid hydrogen in about 5-6 minutes, drivers have to find a pump which supplies that first. Even in areas where green motoring is more commonplace, such as California, those locations are few and far between.

Some have argued, therefore, that the real potential for fuel cells is in commercial transportation rather than individual vehicles. That’s just what Toyota and Hino are planning, a heavy-duty truck that could be used for inter-city transportation. While all-electric trucks are on the cards from Tesla and others, in some ways hydrogen still has an edge.

For a start, there’s fueling time. Hydrogen is roughly on a par with regular gasoline or diesel there, beating out even the fastest-charging EV systems. With a full tank, the companies suggest, the fuel cell truck could cruise for approximately 370 miles.

The truck is based on Hino’s Profit FR1AWHG, which weighs 25 tons and is just over 39 feet long. It’ll be outfitted with a special chassis designed to handle the fuel cell architecture, while Hino is also working to shed core weight so as to maximize range even with the additional components onboard. Toyota, meanwhile, is donating two fuel cell stacks that have been developed for the striking next-gen Mirai. 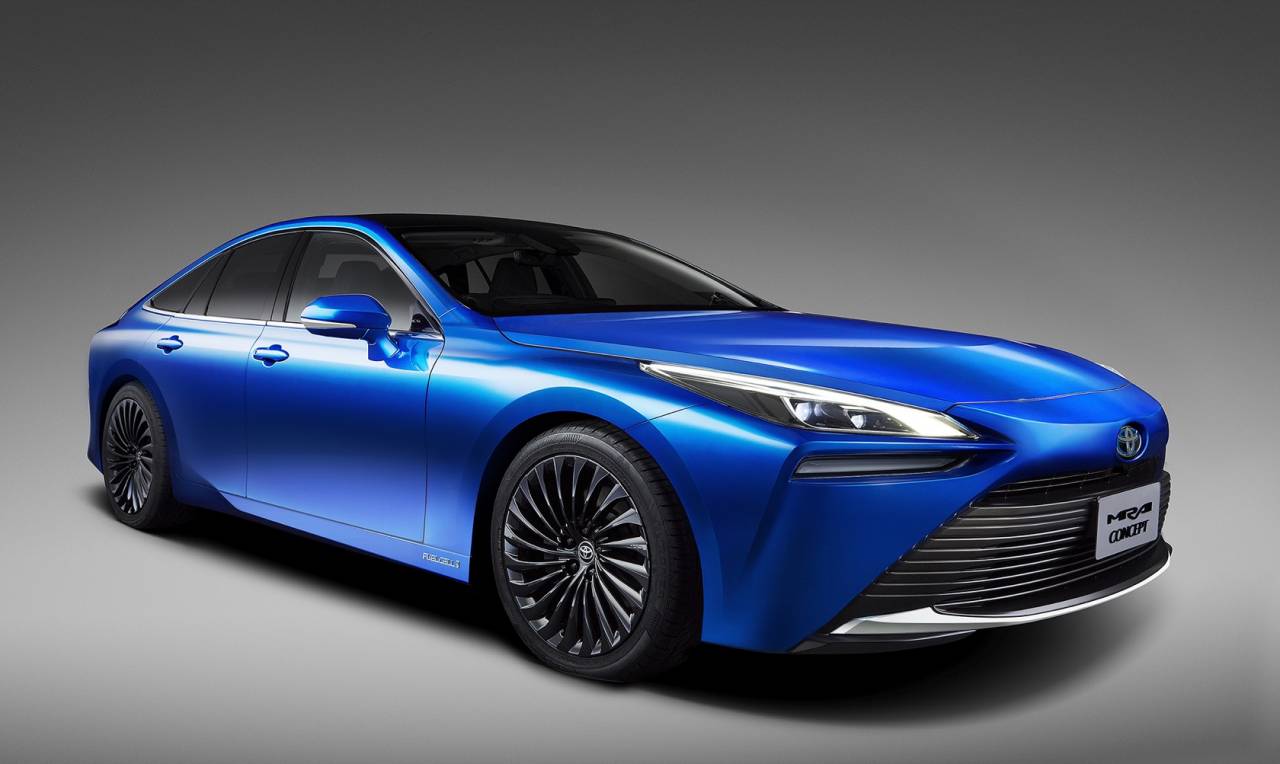 The fuel cells would be combined with a lithium-ion battery, Toyota says, and a new, large-capacity high pressure hydrogen tank capable of 70MPa. That’ll all drive an AC synchronous electric motor.

If all goes to plan, the truck could help reduce some of the CO2 emissions that its ilk are responsible for: in Japan, heavy-duty trucks contribute around 60-percent of the carbon dioxide accountable by commercial vehicles. Further development and testing will need to be undertaken first, but after that the hope is to release a production hydrogen truck.